The US Naval Special Warfare Command has opened a special “Trident review” of four SEALs involved in war crimes cases, including Chief Petty Officer Edward R. Gallagher who had his rank restored on November 15 by President Donald Trump.

Reports indicate that the Navy plans to take away the Trident pins—the symbol of membership in the elite SEAL special operations force—of all four Navy men: Lt. Cmdr. Robert Breisch, Lt. Thomas MacNeil, Lt. Jacob Portier as well as Gallagher. They were all notified of the administrative procedure on Wednesday.

Based on information provided by two unnamed soldiers involved in the original case, the New York Times reported, “The move could put the SEAL commander, Rear Adm. Collin Green, in direct conflict with President Trump, who last week cleared the sailor, Chief Petty Officer Edward Gallagher, of any judicial punishment in the war crimes case. Military leaders opposed that action as well as Mr. Trump’s pardons of two soldiers involved in other murder cases.” 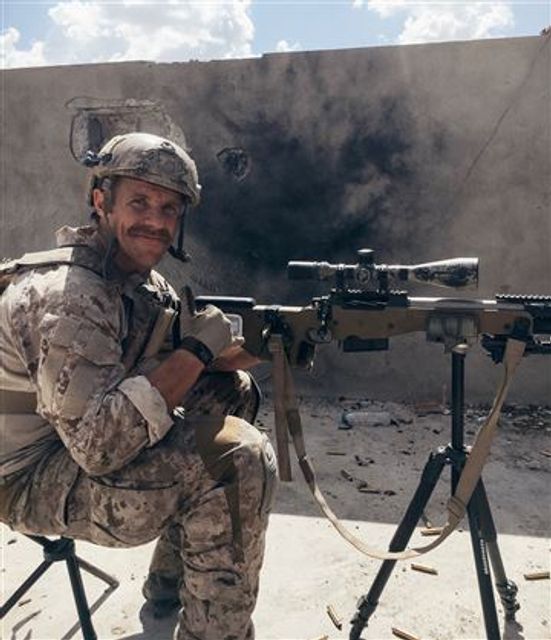 Under Navy regulations, a SEAL’s Trident pin can be removed if a commander loses “faith and confidence in the service member’s ability to exercise sound judgment, reliability and personal conduct.” Such a measure, which has been taken 154 times since 2011, effectively ends the military career of a SEAL.

Gallagher’s case stemmed from an incident in Iraq in May 2017 when he brutally killed an injured Iraqi teenage captive with a knife stab to the neck. A total of nine charges were brought against Gallagher for his criminal behaviors in Iraq that included indiscriminately firing his sniper rifle and killing innocent civilians for fun and obstruction of justice for threatening to kill other service men for reporting his depraved activities to their superiors.

In a court martial trial before a military jury in July, Gallagher was acquitted of the most serious charges against him including murder and obstruction but was convicted of willfully posing “for an unauthorized picture with a human casualty.” After the conviction, a campaign was launched by Gallagher’s extreme right-wing supporters that included the demand that he be released from military prison on orders from President Trump. The Navy SEAL was freed and ultimately demoted from Chief Petty Officer to Petty Officer First Class accompanied by a corresponding reduction in his compensation.

Last week, in an effort to build further support among fascistic elements and far-right extremists within the US military, Trump restored Gallagher’s rank and pardoned two other soldiers—Army Special Forces officer Maj. Mathew L. Golsteyn and US Army First Lieutenant Michael Behenna—who had also been convicted of war crimes.

In issuing his Executive Act of Clemency, Trump effectively sanctioned the criminal acts by the soldiers—including mass murder of harmless and unarmed civilians—and encouraged future war crimes, issuing a statement that said, “when our soldiers have to fight for our country, I want to give them the confidence to fight.”

The open rift between Admiral Green and the President is an extraordinary manifestation of the conflict raging in Washington between the military-intelligence establishment and the Trump White House.

According to the Times report, “One Navy official who spoke about the specifics of the action said the admiral was making the move knowing that it could end his career, but that he had the backing of Adm. Michael M. Gilday, the chief of naval operations, and Richard V. Spencer, the secretary of the Navy.”

Asked by reporters about Admiral Gilday’s position on the matter, his spokesman, Cmdr. Nate Christensen, said on Tuesday that the admiral “supports his commanders in executing their roles, to include Rear Admiral Green.” Among the reasons for the objections within the military leadership to Trump’s pardon of war criminals is a concern that it would represent a far too open defense of depravity and bloodthirsty behavior by US soldiers both domestically and around the world.

The confrontation between the president and the naval command takes place in the midst of the congressional impeachment proceedings, which held its fourth day of hearings on Wednesday before the House Intelligence Committee. As is becoming increasingly clear, the impeachment drive by the Democrats in cooperation with important factions of military intelligence is over the direction of US foreign and military policy and not fundamental democratic questions.

However, the opening up of a breach between the highest military leadership and the Trump White House would certainly raise fundamental democratic questions since, according to the Constitution, the President is the civilian and elected “Commander and Chief of the Army and the Navy of the United States.”