In different ways, filmmakers are trying to come to terms with certain harsh realities. The traumatic fate of refugees and displaced persons and the cruelty or indifference of the authorities globally have clearly shocked many artists.

Screened in September at the Toronto International Film Festival, Mati Diop’s Atlantics: A Ghost Love Story is an eerie, haunting film that deals fantastically with Senegalese youth lost at sea as they undertake lengthy, dangerous trips to Europe for economic reasons—and those they leave behind. The film is now playing in the US.

An ultra-modern, malevolent tower looms over Dakar, Senegal’s capital. The movie opens with the youthful Souleiman (Ibrahima Traoré) at work on a construction site (Traoré is a construction laborer by trade). The young man and his fellow workers have not been paid in three months. They angrily confront the manager. “Families depend on us!” they tell him, to no avail. 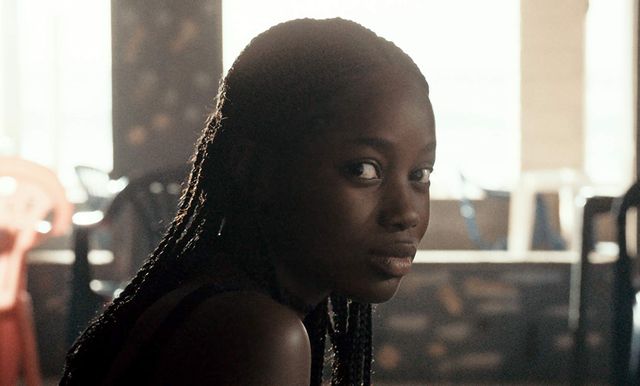 Souleiman is in love with the beautiful Ada (Mama Sané), who is being pushed to marry the rich Omar, a cold, callous louse (“Hold onto Omar, times are tough,” says her opportunistic mother). Souleiman and Ada have a few, fleeting intimate moments together. However, to find a way to earn a decent living, Souleiman takes off in a small boat for the Spanish coast, more than a thousand nautical miles away, never to return … in his present form.

Strange things begin to occur in Dakar. The marriage bed in Omar’s house catches fire the night of his wedding to Ada. The police detective charged with investigating the blaze is suddenly plagued by a mysterious and debilitating illness. The entire police force is under the influence of the businessman who refused to pay his workers. (The rich man “has done a lot for us,” the detective’s superior reminds him.)

It turns out that Souleiman and the others have come back. They are inhabiting the bodies of the town’s young women, taunting the employer about their unpaid wages. In one of the most memorable scenes in Atlantics, the possessed women force the offending capitalist to dig graves for the drowned. The oppressed are not only oppressed, it turns out, they also have the power to impose their will, a “socially dangerous” lesson to learn.

Diop’s work has a distinct look, that manages to be socially concrete and precise, on the one hand, and disturbingly dreamlike, on the other.

The director told one interviewer (from World of Reel) that she had wanted to learn “why the men in my country wanted to go through the arduous and very dangerous journey” crossing the ocean, and “the only conclusive answers were purely economical. If it were up to them, they would just want to stay in Dakar, be next to their families and friends.” 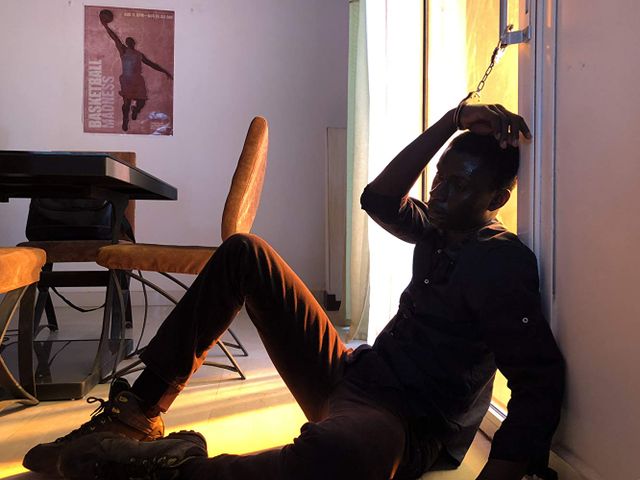 In October 2019, the International Organization for Migration (IOM) reported that last year “the Western Mediterranean Route (WMR)—from West Africa towards Spain—became the most frequently used route into Europe with over 58,000 arrivals (compared to 5,300 in 2015 and 22,100 in 2017). Senegal was one of the top West African nationalities of arrivals in 2018, ranking behind Guinea, Mali, Côte d’Ivoire and Gambia.

“Although 46 percent of the migration flows from Senegal happen within West Africa—mainly to Mauritania, the Gambia, Côte d’Ivoire, Mali and Niger—Senegal is witnessing an increase of departures from its coasts towards Spain since 2016.”

According to a recent IOM study, what the agency terms “irregular migration” along the Western Mediterranean Route “remains a predominantly young male phenomenon (average age of 31 years old). The study reveals that 57 percent are married and that 36 percent attended primary school and 31 percent Koranic school. Over 70 percent have monthly incomes of between 50,000 and 150,000 FCFA (between 83 and 250 USD), mainly coming from fishing and agriculture. The study also reveals that 45 percent of people who have taken this route have already tried to migrate.”

The IOM also estimated last month that approximately 19,000 migrants have been reported dead or missing in the Mediterranean Sea alone since October 3, 2013.

In the film’s production notes, Diop (whose uncle was the renowned Senegalese filmmaker Djibril Diop Mambéty) explained the origins of her film: “Atlantics is an extension of my first short film shot in Dakar, Atlantiques (2009) . In this short film, I filmed Serigne, a young man who is telling his friends the story of his sea crossing. It was the ‘Barcelone ou la Mort’ [Barcelona or Bust] period when thousands of young people were leaving the Senegalese coast for a better future by attempting to enter Spain. Many perished at sea.

“In 2012, several months after the Arab Spring, riots shook Dakar, a citizens’ uprising took place in Senegal, propelled by the movement ‘Y’en a marre’ [Fed Up]. Most of the young Senegalese wanted to oust [President] Abdoulaye Wade and impose his resignation. This citizen awakening marked me because symbolically it reminded us that Senegalese youth had not entirely disappeared. … For me, somehow, there were not the dead at sea on the one hand and young people marching on the other. The living were carrying the dead within them, who had taken something of us with them when they went. …

“I felt that a very ghostly atmosphere reigned in Dakar and it became impossible for me to contemplate the ocean without thinking of all these young people who had drowned.” 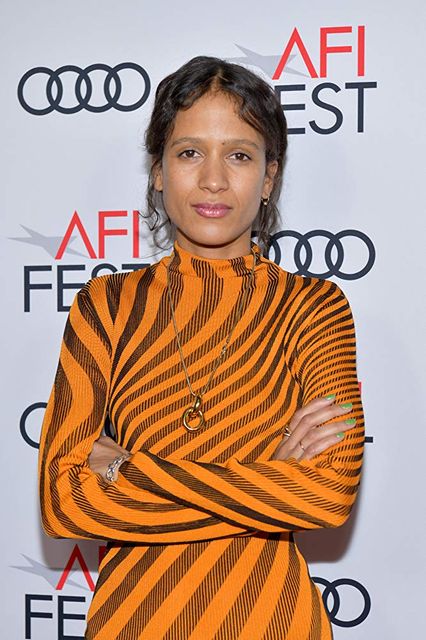 Diop was asked about the “tower block that stretches upwards like a beautiful, disturbing, and malevolent totem and that conveys a certain number of metaphors.”

She replied: “The tower [in 3D] in the film was inspired by a real architectural project that Wade and [Libyan ruler Muammar] Gaddafi wanted to build together. The first solar tower and the tallest in Africa. When I came across a picture of the architectural project, I felt a mixture of indignation and fascination. How could they spend millions on a luxury tower in the midst of such a disastrous social and economic situation? What fascinated me at the same time was that this tower, in the form of a black pyramid, looked like a war memorial to me. In the end, this project was never realised but it inspired the tower in Atlantics. Today, a new city named ‘Diamniadio’ is being built on the outskirts of Dakar. I shot there, that’s where the film opens. A city designed for an upmarket lifestyle, built by men [the workers] who will not find their place there.”

Atlantics is moving and memorable.