The Trump administration has officially started the process of deporting Central American asylum seekers from the US to Guatemala, as part of its new bilateral agreement with the country.

On Thursday morning, the Guatemalan interior minister, Enrique Antonio Degenhart, announced that the “operative stage” of the agreement had been initiated with the arrival of the first official deported asylum seeker—an adult Honduran male—in Guatemala City. Degenhart told the assembled reporters that his government was expecting many more Honduran and Salvadoran deportees in the coming weeks. 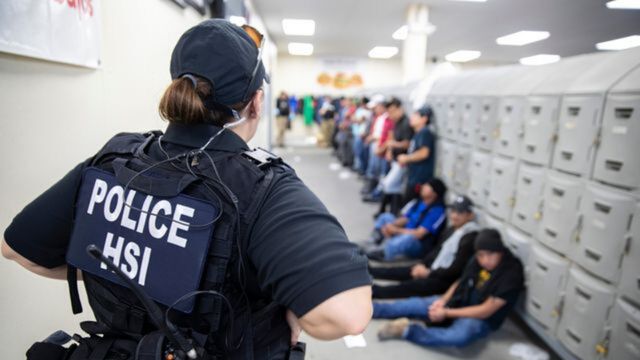 These deportations mark a new low for the already abysmal record of the Trump administration when it comes to the treatment of migrants and asylum seekers. For the first time in American history, it has become official policy to deny entry to those seeking asylum, whether crossing the US border at an official port of entry or not, and forcibly send them to a third country for “protection.”

The Trump administration has avoided the language of “Safe Third Country” and tried to slip the implementation of the agreement under the radar. According to CBS News, even some Central American consulates near the US-Mexico border have been kept in the dark about the implementation of the agreement. BuzzFeed News and Reuters have reported the existence of an internal US Citizenship and Immigration Services (USCIS) guidance which seems to be the only document detailing the operative details of how the agreement with Guatemala will be implemented.

According to the guidance, Customs and Border Protection (CBP) officers will be the first to determine whether migrants seeking asylum, whether at a port of entry or after crossing the southern border without documents, will be subject to the agreement with Guatemala. USCIS asylum officers will then review those assessments and determine on the basis of interviews with the asylum seekers whether they should be deported to Guatemala or be granted an exemption from the agreement in the “public interest.” The only way in which migrants can avoid deportation in general would be by proving to the CBP and asylum officers that they are “more likely than not” to face persecution in Guatemala. During this whole process, asylum seekers will not have access to attorneys.

The procedure spelled out in the internal memo makes it clear that the goal of the bilateral agreement is to deport as many detainees as possible. As of now, only migrants from Honduras and El Salvador who have passed through Guatemala will be deported to that country, though the guidance ominously enough does not spell out the transit requirement.

Once they arrive in Guatemala, they will have the choice of applying for asylum there or returning to their homeland. The latter was the option chosen by the first deportee. Given the dangers that they were willing to face in traveling to the United States to seek asylum, the fact that migrants might be forced to return to their home countries is nothing short of tragic.

Using the usual official double-speak, Trump administration officials have tried to present this agreement (along with two others that have been negotiated with Honduras and El Salvador) as a rational way to “share the distribution” of asylum claims. Speaking in the Texas border city of El Paso, the acting head of DHS, Chad Wolf, declared: “These agreements will build a robust asylum capacity in the entire region and allow migrants to seek humanitarian protections as close to home as possible.” It would also, officials insisted, curb the practice of “forum shopping”—of seeking asylum in America, rather than the countries that migrants travel through in order to reach the American border.

These statements reflect a complete disconnect of the ruling elite from the reality confronting the several hundred thousand working class migrants who make the perilous trek from their home countries to the United States. These men, women and children are more often than not fleeing violence, brutal poverty and near-certain death.

A majority of them migrate from the three countries of the Northern Triangle—Honduras, El Salvador and Guatemala—that have been rocked by decades of violence underwritten by the CIA, State Department and the Pentagon. These countries are yet to deal with the legacies of those conflicts and have no real infrastructure in place either to provide protection for asylum-seekers or for that matter, give them the chance for a better life. To speak of “sharing the distribution” of asylum seekers in this context is not just absurd, but in fact criminal.

The UN Refugee Agency, which tends not to directly criticize the US given its dependence on American funding, released a rare rebuke of the US-Guatemala agreement, stating, “It is an approach at variance with international law that could result in the transfer of highly vulnerable individuals to countries where they may face life-threatening dangers.”

Rejecting the characterization of his country, Guatemalan Interior Minister Degenhart told reporters that his government’s agreement with the United States was aimed at curbing the actions of “smuggling organizations” targeting the region’s poor: “At no time have we sought to attack or harm the rights of migrants...Those who need protection—they will have it. They will have it over there, in the US, or in this case, here.” While the rhetoric is admirable, the existing socioeconomic and political conditions in Guatemala give lie to this claim.

Despite the DHS certification that Guatemala can provide “full and fair procedure” for determining asylum claims, the country has less than 10 employees staffing its asylum office. In 2018, it processed a total of 262 claims. On the other hand, it remains one of the main countries of origin for migrants trying to cross the border. According to the latest available UN data, Guatemala has one of the highest rates of poverty and malnutrition in the Western hemisphere, and the ninth highest homicide rate in the world.

Even as the Trump administration commences deporting detained migrants seeking asylum to the Central American country, it remains (along with Honduras, El Salvador and Mexico) on the State Department’s travel advisory list for US citizens. Strikingly, these are the four countries that the US administration insists are capable of providing “protection” to asylum-seekers.

In addition to similar agreements with Honduras and El Salvador that they intend to implement soon, the Trump administration has also pushed for the expansion of the “Remain in Mexico” program which forces asylum seekers to be in Mexico as their cases are determined in the US. Combined with the rule that bars asylum for people who cross Mexico on the way to the Southern border, the result is the creation of a virtual border wall overturning the basic right to seek a safe place to live and work.

Michael Knowles, the head of a union representing federal asylum officers, declared in a House hearing on Tuesday that these policies were “blatantly illegal… immoral, and indeed are the basis for some egregious human rights violations by our own country.” Douglas Stephens, a former asylum officer, repeated the point, telling reporters that the Trump administration’s policies were “designed to destroy” the US asylum program and to “target and discriminate against a particular class of would-be asylum seekers.”