Last week, UAW President Gary Jones resigned weeks after being identified as the leading culprit in the embezzlement of $1.5 million from the national union headquarters and UAW political action committees, which Jones, Pearson and other Region 5 officials spent on luxury villas, golf outings and expensive food and alcohol. The expenditures were charged as Region 5 “conference expenses,” according to a federal indictment of Jones’ aide, Edward “Nick” Robinson, who was charged with splitting $700,000 with Jones. 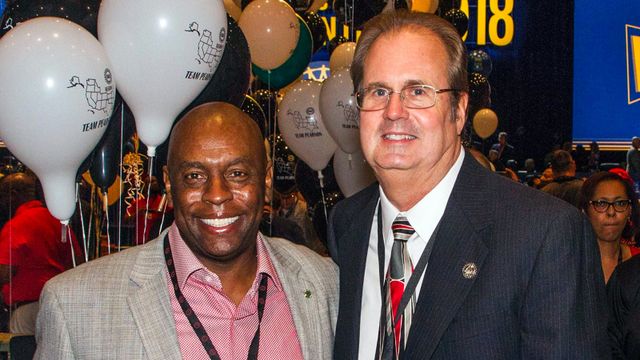 Jones and Pearson resigned after the UAW International Executive Board charged the two with filing fraudulent expense reports and began proceedings to remove the two from their positions and expel them from the union. The UAW issued a perfunctory notice about Pearson’s resignation Sunday morning, saying, “The UAW announced today that after the filing of Article 30 charges against him by the UAW’s International Executive Board, Vance Pearson has informed the UAW that he was resigning as director of UAW Region 5, effective immediately, and retiring. He is also resigning his UAW membership, effective immediately."

The decision of the union’s executive board to take action against Jones and Pearson is damage control. It is aimed at trying to shore up the credibility of the UAW, which has been exposed as a bought-and-paid-for tool of management.

The action follows the unprecedented lawsuit by General Motors, filed in federal court in Detroit last week, which charged rival Fiat Chrysler with gaining unfair competitive advantage by bribing the UAW to sign contracts that cut its labor costs by more than a third since 2006.

The union’s top body kept both Jones and Pearson on the executive board, collecting their respective salaries of $260,243 and $222,672, for months. They remained actively involved in union business throughout the GM strike and negotiations, despite the filing of charges against Pearson and the FBI raid on Jones’ suburban Detroit home.

The IEB only forced the two to take leaves of absence out of fear that the total discrediting of the UAW would make it impossible to push through pro-company labor agreements. This was part of the bogus “reforms” acting UAW president Rory Gamble has introduced, including supposedly stricter financial oversight and a corruption “hotline” phone number, in an effort to prevent a government takeover of the UAW under federal antiracketeering laws.

The union’s executive board is nominally made up of the UAW's nine regional directors, three vice presidents, the president and the financial secretary. As the Detroit Free Press noted, “It’s currently composed of only 12 people, given Pearson's leave in Region 5 and Jones' resignation.”

The three vice presidents are Terry Dittes, Rory Gamble and Cindy Estrada. The first two negotiated the recent contracts at GM and Ford, which sanction the vast expansion of temporary workers, the closure of factories and forced retirement of higher-paid senior workers. The deals were only ratified amid widespread rank-and-file opposition including the 40-day strike at GM, which the UAW deliberately isolated and sold out.

Estrada is currently in secret talks for a new four-year deal covering 47,000 FCA workers. In 2015, FCA workers were the first to reject a UAW-backed national agreement in three decades, sparking a rank-and-file rebellion that the UAW was only able to control through threats and ballot fraud .

Auto analysts have indicated that FCA has no intention to give up its position as a low-cost producer even if it means taking on a strike. Nearly three-quarters of FCA workers are either lower-paid “second-tier” regular employees or temporary workers.

Referring to the damage the GM lawsuit is doing to the UAW, Art Schwartz, president of Labor and Economics Associates in Ann Arbor and the former general director of labor relations at GM, told the Detroit News, “It is already out there and making people nervous. I don’t think this changes their game plan or how the UAW works. They’re worried about ratification anyways. They were worried at Ford even. But Chrysler turned (an initial tentative agreement) down last time, so it makes sense they would be a little nervous.”

Estrada, who shifted over from the UAW’s GM Department to FCA after pushing through the 2011 UAW-GM concessions contract, was cited in GM’s lawsuit as a bagman, along with former UAW president Dennis Williams, for FCA in its efforts to force GM into a merger in 2015.

She has also been the target of federal investigators for her potential involvement in the corruption schemes hatched at the jointly run UAW-GM Center for Human Resources in Detroit. Estrada’s top aide, Mike Grimes, has already been indicted, along with Joseph Ashton and Jeff “Paycheck” Pietrzyk, in a $1.99 million kickback scheme using funds approved by Estrada and other union and GM codirectors.

There is widespread speculation that GM’s lawsuit against its crosstown competitor is timed to disrupt its efforts to get another sweetheart deal from the UAW. It could also complicate FCA’s planned merger with French-based PSA, the parent company of Peugeot and Citroën, which would create the world’s fourth largest automaker. 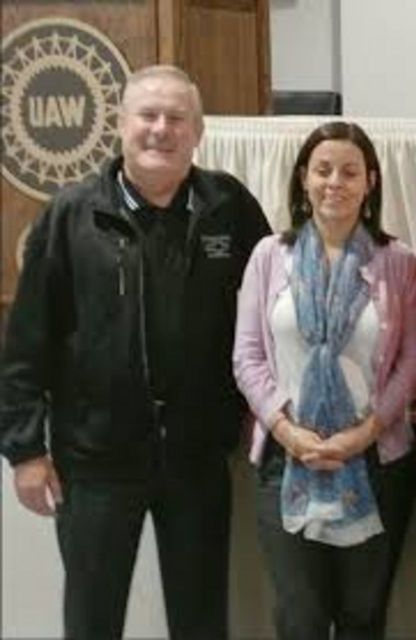 In any case, GM’s lawsuit is not aimed at restoring the wages and benefits stolen from FCA workers by the company and the UAW but recovering billions of dollars for the company. “GM doesn’t care about hurting the employees at FCA,” said a veteran worker at Chrysler’s Kokomo, Indiana transmission plant. “Do you think this will hurt the Agnelli family [business dynasty that controls Fiat]? The shareholders and their families will not be hurt one bit. Like always, it will always be the good men and women and their families who work for FCA who will pay.

“GM and the UAW are just as dirty. They screwed the GM workers with the contract that expands temps and closes plants and they stuck it to the Ford workers too. The UAW offers big signing bonuses to push these contracts through, and they put in this new president [Gamble] but he’s just as much a fraud. The UAW doesn’t care about the workers and their families. They’ve helped destroy our lives. There are workers committing suicide because they’ve lost their jobs and can’t take care of their families. The companies have bought off the union reps in our local just like Solidarity House. It’s time that we do something to help ourselves because the union won’t.”

The meltdown of the UAW has also generated deep concern in corporate and political circles about the discrediting of all the unions, which have been the chief instrument in suppressing working-class opposition to deindustrialization and relentless wage-cutting that has fueled the boom in corporate profits and share values.

The editorial board of the Pittsburgh Post-Gazette, the mouthpiece of the steel industry, issued a statement last week urging the UAW to “take bolder steps” to “restore trust.” One dramatic move, the editorial declared, “would be to find a competent official with another labor union to temporarily run the UAW, a strategy that could forestall a possible federal government takeover of the union… This person wouldn’t be tied to the bad UAW culture and could make honest decisions on allowed expenses and ethics requirements.”

The Post-Gazette no doubt has in mind the United Steelworkers union, which under recently retired president Leo Gerard helped restructure the steel industry, gutting the jobs, wages, pensions and working conditions of tens of thousands of workers. Gerard’s special advisor was Robert Bloom, a former Wall Street investor, member of Obama’s Auto Task Force and a favorite of the UAW. Bloom served as the administration’s point man with the UAW, which agreed to cut by half the wages of all new hires.

The UAW cannot be “reformed,” either through an internal shakeup or a federal takeover. Its transformation into a criminal syndicate is the result of decades of labor-management collusion and its reactionary pro-capitalist and nationalist program. If autoworkers are to defend themselves, they need new organizations of struggle, rank-and-file factory committees, democratically controlled by the workers themselves and committed to the defense of the working class, not the profit drive of the corporations and banks.