US Immigrations and Customs Enforcement (ICE) announced earlier this week that 90 more students had been detained in Michigan as part of a multiyear fake university scam perpetrated by the federal agency. This brings the total to 251 reported arrests involving the University of Farmington based in Farmington Hills, Michigan since January 2019.

The sting operation involved the creation and maintenance of the crooked school in the Detroit metropolitan area since 2016, beginning during the Obama administration and continuing under Trump, which was staffed by ICE agents to entrap students on expiring visas. A majority of the students are being charged with civil immigration violations and face deportation. 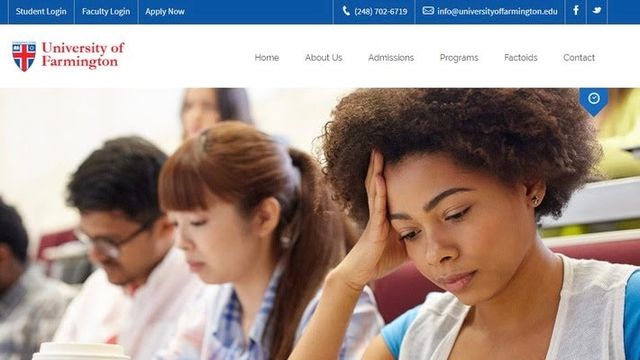 As part of the ruling-class strategy to divide the working class along national lines, the use of papers, whether it be passports, citizenship or student and work visas are tools used to extract money and labor from students and workers while also forcing compliance.

International students have to pay exorbitant fees compared to domestic students, and if a university loses accreditation, as is often the case when education is run for profit, students on visas are forced to quickly enroll in a new accredited school, not only to receive their certifications again so they can continue to work, but also to remain current on their visas lest they be deported.

The University of Farmington, promoted on a Department of Homeland Security (DHS) website as a legitimate school, attracted international students due to its relatively low cost compared to other for-profit universities, roughly $12,000 a year on average.

All the students targeted in the operation were from India except for Najlaa Karim Musarsa, 29, who is Palestinian. She was detained for a week, then allowed to return to the West Bank. The initial arrest of 129 in January was the largest targeted arrest of Indian students in the history of the United States.

Following these initial arrests, CIA-Democrat Elissa Slotkin, Representative for the 8th Congressional District, only a few miles from Farmington Hills, attempted to quell anger by meeting with several members of the Telugu community at her office in Lansing. In the meeting she produced a letter which “expressed concern for the students' safety and welfare,” with copies distributed to those in attendance.

Parmesh Bheemreddy, president of the American Telugu Association, advised Slotkin that the letter should have been sent to the DHS or ICE in order to be more effective. In actuality the letter served as proof that the Democrats, who are subservient to Wall Street and the military-intelligence complex, will do nothing to defend students and workers from fascistic immigration enforcement agencies.

Of those detained, the Detroit Free Press reports that roughly 80 percent have elected a “voluntary departure” and left the country with the possibility of being able to apply for a visa and return in three to ten years, dependent on how long they were enrolled in the university. The remaining 20 percent have received a final order of removal or elected to fight their cases in court with only one person so far granted lawful permanent resident status by an immigration judge.

Several of the students arrested in the sting attest they had no idea the school was fraudulent and in their communications with the school, ICE agents prosing as school employees frequently reassured them it was not a scam. The fraudulent university sent out emails, which were obtained by the Detroit Free Press, in which they thanked students for their recent interest “in The University of Farmington, a nationally accredited business and STEM (science, technology, engineering, and mathematics) institution.” The emails boasted that the school offered “flexible class schedules,” with “a focus on students who do not want to interrupt their careers."

The bottom of the email described the university as: "A nationally accredited institution authorized to enroll international students by the U.S. Department of Homeland Security."

Throughout the school’s short existence some students grew suspicious and asked for refunds, especially once they realized no classes were being offered on site. In all cases they were denied, yet some of those who were denied refunds and stopped paying to attend the school were still arrested by ICE agents months later.

At the time the university was revealed to be a ruse, over 600 students were still enrolled and had paid thousands of dollars in fees to the US government. Those arrested were transported to one of 34 detention facilities spread throughout the US, from California to Texas, Florida and Massachustes. Through their lawyers, detained students have expressed horror at the “deplorable conditions” within the ICE facilities, including dirty, cold cells and a lack of vegetarian food options.

Many of the 440 students who were enrolled but not yet arrested by ICE have decided to flee the country rather than face possible kidnapping and imprisonment in one of the US government’s brutal immigrant detention centers.

Students have had to put their lives on hold while trying to fight to either stay in the country or be released without a fraud alert on their travel visa. In one case, a mother was incarcerated for over a month after giving birth to her first child less than a month earlier. Another student had to postpone a wedding.

The fraudulent university was staffed and financed by the Department of Homeland Security through ICE, with a physical location, 30500 Northwestern Highway in Farmington Hills, which had on-site staffing, all of whom were undercover ICE agents.

Its professionally created and designed website prominently featured all the necessary credentials; a “.edu” domain, and at the request of the DHS, a national accreditation agency also falsely listed the University of Farmington as being accredited. On ICE’s official website the University of Farmington was listed as “approved” under a government program for foreign students known as SEVIS (Student and Exchange Visitor Program).

This is the second example of the federal agency entrapping immigrant students in a bogus university scheme. It was revealed in 2016 that the University of Northern New Jersey (UNNJ) was also a fiction created by the agency. Once ICE revealed that the UNNJ was their own deceit, over 1,000 students had their visas terminated and were forced to leave the country. However, unlike the students who enrolled at Farmington, none of those who were duped into the UNNJ were arrested.

The New Jersey sting also took years to perpetrate, which, just like the Farmington University scam, means they had their genesis under the Obama administration. This inconvenient fact did not prevent prominent Democrats Elizabeth Warren and Alexandria Ocasio-Cortez a chance for a performative show of resistance on Twitter. Warren denounced the operation as “cruel and appalling,” in between campaign fundraising events.

Warren is a “capitalist-to-the-bone,” and flowing from the class interests she represents, is against open borders and the free movement of people. The continued jailing and deportation of students and workers seeking an education or asylum would continue under a Warren administration.

Tellingly, Ocasio-Cortez only took umbrage with the fact that there was not more congressional oversight over the spending of the billions of dollars both parties appropriated to the agency calling for more “guardrails or oversight.”

DHS, ICE and the Customs Border Patrol do not require more “guardrails or oversight”; these agencies were created with bipartisan support for the explicit purpose of waging class war. They will be abolished, not through voting for Democrats, who have been instrumental in their creation and continued existence, but by class-conscious workers and students united across national boundaries fighting for socialism against the capitalist system.