Last month, the Washington Post profiled the suicide of farmer Chris Dykshorn in Platte, a rural farming town in South Dakota, in the context of the rising suicide rate among farmers in the US.

With $300,000 in debt, Dykshorn and his family were unable to sell their excess grain crop due to Trump’s trade war with China and record rains had flooded their fields, severely curtailing the growing season. Squeezed under this immense pressure, and not knowing how he could provide for his wife and children, Dykshorn used a gun to take his own life. 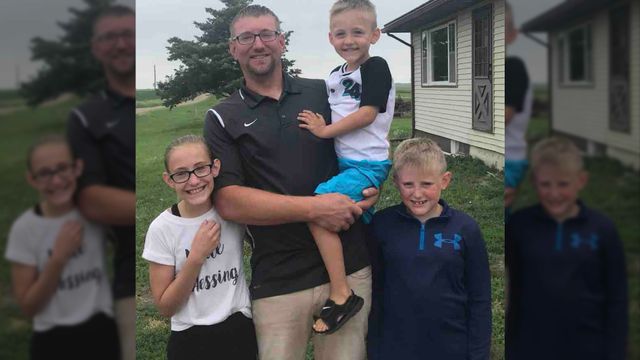 While suicide is the tenth leading cause of death overall in the US, a recent study published by the University of Iowa found that the suicide rate for farm operators and farm workers has been more than three times higher than the national rate dating back to the 1990s and early 2000s.

Although the past two years have not yet been reported, mental health experts expect the numbers to be even higher for 2018 and 2019 as suicide hotlines have been receiving more calls in rural areas. This has prompted a limited response from federal and state agencies, including a $1.9 million US Department of Agriculture initiative to establish support groups for farms and ranches and $450,000 to train USDA employees in how to make mental health treatment referrals.

In an interview with Time, Mike Rosmann, a clinical psychologist and farmer from Iowa, reported that he was receiving seven calls per week from farmers with mental health problems usually resulting from their struggles with finances.

The death of Chris Dykshorn provides a glimpse into the devastation brought about by consecutive years of extreme weather that have cut the growing season short and destroyed crop yields, trade war, and the predation of financial institutions burying farmers in unbearable debts.

Compounding the already record rainfall from the previous year, this year saw historic floods in the Midwest from melting ice and snow from the record-breaking winter, devastating crop yields primarily for corn and soybean farmers. Farmers whose fields were less affected by the flooding were still cut off from roads and railways, limiting their ability to sell their crops and transport or feed livestock.

In addition to abysmal crop yields for this year, Trump’s trade war has driven down the buying prices of crops as China has refused to buy any crops from American farmers, leaving soybean farmers without any buyers and unable to pay off massive debts. After Trump’s trade-war tariffs directed at China in August, China cancelled all purchases of US agricultural products in a retaliation against the Trump administration. The tariffs were 10 percent for all $300 billion in Chinese agricultural imports.

Farm debt in the US stands at a combined $416 billion, which is an all-time high, and more than half of all farmers have lost money every year since 2013. Like other areas of the economy, small farmers and farm workers are losing their jobs to technological advances that are mostly implemented by the largest corporate farms and too expensive for independent farmers to afford. While the US lost almost 100,000 farms from 2011 to 2018, the number of large farms with over 2000 acres has been steadily increasing.

Dean Foods, the largest milk producer in the country, has been shuttering processing plants, laying off hundreds of workers and leaving dairy farmers to sell their farms or go further into debt. A 26 percent decline in milk consumption in the US and the loss of contracts with Walmart and Food Lion cut into the company’s revenues, leading to its filing for Chapter 11 bankruptcy in November.

The social crisis wrought by the economic pressure on farmers has resulted in increasing rates of death by suicide and homicide all across the United States but especially in the South and Midwest, where access to mental healthcare is limited.

The loss of a job for independent farmers often means losing a home which has been their family farm for generations. The likelihood of finding another job in rural areas is low with even department store chains, long the mainstays of small towns, shuttering in the face of competition from warehouse and delivery giants like Amazon.

Aware of the deepening impact of the tariffs, the Trump administration has attempted to placate farmers ahead of the 2020 elections with the institution of nearly $16 billion in bailout programs for farmers affected by the trade war.

However, most of the aid has gone to the largest farms, leaving independent farmers to fend for themselves. Over the course of this year alone, farm bankruptcies have increased by over 24 percent, jumping to the highest level since 2011.

Every aspect of the crisis this year was only made worse by the negligence of the ruling class. Farmers and workers were forced to deal with all of the preparations and cleanup after the floods in the spring, putting up sandbags to protect their homes and belongings, only to be left with little to no form of assistance after the floods.

Low crop yields, low buying prices for commodities and/or no buyers for crops due to Trump’s trade war with China have precipitated a major crisis for farmers in the US. There is extreme pressure on farmers, who find themselves unable to pay off massive loans or even sustain their own lives and those of their families. The crisis facing agriculture in the US will also drive food prices higher on the shelves of grocery stores, only adding to the misery of the same struggling rural farmers and working-class families.

Each aspect of the crisis facing American farmers serves as a damning exposure of the irrationality of the capitalist system, in which the ruling class finds a more lucrative opportunity in forcing independent farmers into financial ruin and personal despair than in meeting the needs of those who produce a significant portion of the world’s food supply.