A video published by ProPublica on Thursday of the death of 16-year-old Guatemalan immigrant Carlos Gregorio Hernandez Vasquez in a US detention center exposes the official lies peddled by Customs and Border Protection (CBP) to conceal its responsibility for his death.

Vasquez made the journey to the US with his adult sister, from whom he was promptly separated upon being detained by CBP agents in southern Texas. Although, under a 2008 anti-trafficking law, immigrant children are supposed to be held by CBP for only a maximum of 72 hours before being transferred to the Office of Refugee Resettlement (ORR) under the Department of Health and Human Services, Vazquez was held for 6 days, until his death. 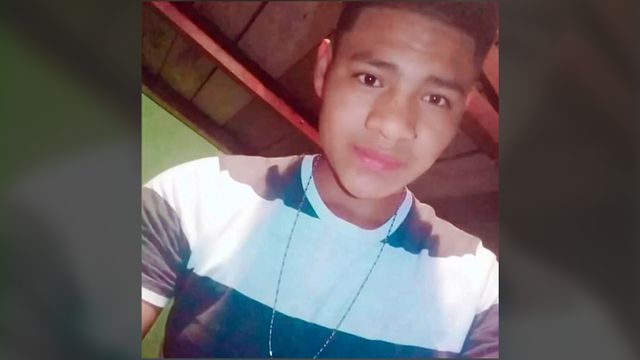 In the early morning of May 19, 2019, Vasquez had come down with the flu at the CBP processing center in McAllen, Texas. The nurse who treated him recorded a 103-degree fever and told the guards that he should be checked on in two hours. Instead, he was moved to a Border Patrol quarantine cell in nearby Weslaco and was not seen by a medical professional for another 19 hours.

He passed away early the next day. His father, Bartolome Hernandez, was left asking in an interview with Telemundo, “He left healthy. What happened to him?” Thousands of mourners from across Guatemala attended the boy's funeral after his body was brought back to the country where he was born.

The video obtained by ProPublica already has nearly half a million views, and shows Vasquez’s last hours in the small CBP cell, where he and his cellmate were given space blankets and made to sleep on a concrete bench. It shows him writhing in pain on the floor before collapsing by the toilet. 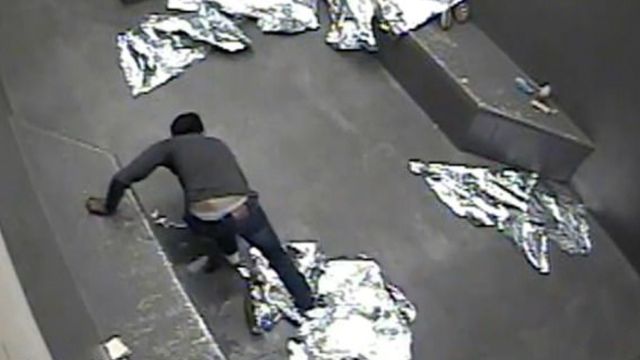 It exposes the lies that CBP spun shortly after Vasquez’s death. The acting commissioner at the time, John Sanders, stated that an agent had found the teenager unresponsive, and a Border Patrol log documented that Vazquez had regular checkups during the night at 2:02 a.m., 4:09 a.m. and 5:05 a.m.

Using open records laws and other available information, ProPublica was able to determine exactly when the video was recorded and show that CBP’s account of Vazquez’s death was a lie. It establishes moreover, with little room for doubt, that the logs had been falsified.

The video shows that Vasquez stopped moving before 2 a.m., and that his cellmate woke up to find him deceased just after 6 a.m. It would have been impossible for anyone poking his or her head in not to notice Vazquez on the ground. A four-hour window from 1:47 a.m. to 5:48 a.m., spanning the period in which the records document an agent checking up on him, is removed from the video. CBP has offered no explanation for either the lie about how Vazquez was discovered, nor the redacted footage, or obviously false records, other than saying that there is an ongoing investigation.

While under Obama some 2.5 million were deported, itself a staggering number, CBP and Immigration and Customs Enforcement (ICE) have been emboldened by the Trump administration, and its methods have correspondingly become more brutal. While no migrant children died in federal custody over the prior decade, Vazquez was the sixth to die in a CBP facility in less than a year.

In pursuit of the Trump administration’s attempts to deter immigrants from seeking asylum in the US and whip up a political atmosphere of xenophobia and nationalism, CBP and ICE are keeping immigrants detained for longer periods of time, including the most vulnerable. The gross and criminal negligence shown in the video is not an accident, but is in line with the policy of the Trump administration.

A Government Accountability Office (GAO) report released Thursday documents conditions facing vulnerable immigrants detained by ICE. Some 1,150 elderly migrants were detained last year, up from 750 in 2016, or a 53 percent increase, and 2,100 pregnant women were detained in 2018, an increase of 52 percent since Trump took office.

While 92 pregnant women were held by ICE for more than 15 days in 2016, that number exploded to 615 in 2018, increasing after then-acting director of ICE Thomas Homan issued a directive ending the release of pregnant detainees.

Some pregnant women were held in custody for several months, and a number have suffered miscarriages. Connected to the effort to detain and deport pregnant women is the question of birthright citizenship enshrined in the 14th amendment to the US Constitution, which Trump has repeatedly railed against. The aim is to detain pregnant detainees and send them to Mexico pending ajudication of their asylum requests so that their children are born outside the US and cannot claim US citizenship.

The deliberate abuse of immigrants by the Trump administration, particularly the most vulnerable, is aimed at discouraging immigrants from seeking asylum in the United States, an internationally recognized human right.

While the journey to the US is hazardous enough, immigrants already facing poverty and physical threats against their wellbeing and those of their families also have to contend with CBP should they make it to the border. The deaths of immigrants in detention centers and the atrocious conditions facing those who survive are in no small way meant to be taken as a warning to those thinking of coming to America.

The attention and outrage generated by the revelations of Vasquez’s death show that there is massive opposition to the attacks on immigrants in the US and abroad. Millions of working class Americans are appalled by the barbarism of the Trump administration, but this opposition finds no expression in Washington. The Democratic Party has based all its arguments for impeachment around Trump’s subordination of US imperialism’s foreign policy interests to his own political prerogatives, threatening to undercut the aggressive policy toward Russia adopted by the Obama administration and backed by the CIA and the dominant factions of the military and foreign policy establishment.

The most reactionary and authoritarian aspects of the Trump administration--the brutal deaths of immigrants in concentration camps, the waging of endless wars abroad, and the evisceration of democratic rights at home—do not run contrary to the politics of the Democratic Party. Under Obama, the Democrats erected the framework upon which Trump is pursuing his racist anti-immigrant program, and with the backing of the intelligence agencies and the military they would continue the attack on immigrants were they to take control of the White House in 2020.

Vazquez’s death was in this sense a consequence of the drive by the ruling class to divide the international working class along national lines and impose dictatorial rule. The utter contempt shown by the deliberate disregard for his wellbeing echoes the hostility with which the ruling class treats the entire working class.