America’s torturers and their co-conspirators must be prosecuted

“I was in such an indescribable state of pain… I could hear sounds coming from the brothers, not only one but more than one brother; one was moaning, another one vomiting and another one screaming: my back, my back!”

“He started banging my head against the wall with both his hands. The banging was so strong that I felt at some point my skull was in pieces… Then he dragged me to another very tiny squared box. With the help of the guards he shoved me inside the box…”

The drawings by themselves are a powerful indictment of the entire political establishment in the United States, which has failed to hold anyone accountable for the crimes that are depicted.

The paper represents the work of a team led by Professor Mark Denbeaux, who is serving as an attorney for a number of Guantanamo Bay detainees, including Abu Zubaydah. The paper brings together material from numerous sources, including Central Intelligence Agency cables and other government documents, and Abu Zubaydah’s own account of what occurred, to provide a chronology “not only from the CIA’s perspective, but also from the perspective of the tortured.” The result is damning.

The CIA’s torture techniques are cataloged in comprehensive detail in the report. They include “cramped confinement” in small boxes, in some cases “adding insects to the dark box as another way to scare the detainee locked inside.” The paper documents the use of female soldiers to sexually abuse and humiliate detainees, with “female military personnel going shirtless during interrogations, giving forced lap dances, and rubbing red liquids on the detainees which they identified as menstrual blood.”

One FBI agent described finding detainees “chained hand and foot in a fetal position on the floor, with no chair, food, or water. Most times they had urinated or defacated [sic] on themselves, and had been left there for [eighteen, twenty-four] hours or more.”

Loud rap music was played around the clock. The now-infamous practice of “involuntary rectal feeding” involved pumping pureed food into the victim’s rectum for no medical reason.

How have the perpetrators of these bestial crimes managed to avoid prosecution? It is not for lack of evidence.

Today is the fifth anniversary of the release of the US Senate Select Committee on Intelligence’s “executive summary” of its findings regarding the CIA torture program. This executive summary, which runs in the hundreds of pages, is itself merely an outline of the full 6,700-page report, including 38,000 footnotes, which has been suppressed.

The World Socialist Web Site wrote at the time of the release of the summary: “From a legal standpoint, the war crimes and crimes against humanity that are documented in the report warrant the immediate arrest, indictment, and prosecution of every individual involved in the program, from the torturers themselves and their ‘outside contractors’ all the way up to senior officials in the Bush and Obama administrations who presided over the program and subsequently attempted to cover it up.” 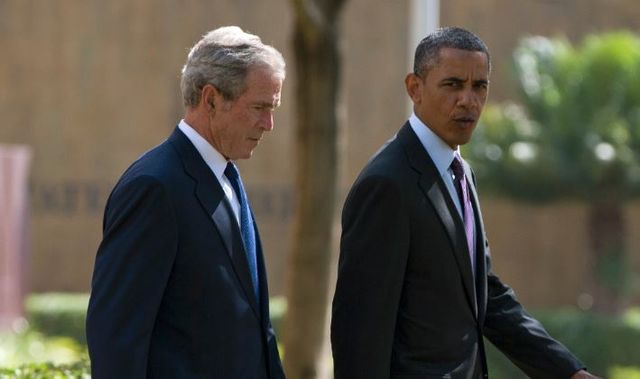 The crimes perpetrated by the American military and intelligence agencies in the course of the so-called “war on terror” were heinous, premeditated, and involved extreme depravity. These crimes were further aggravated by protracted efforts to cover them up, destroy evidence and obstruct investigations.

The crimes cannot be written off as the overzealous conduct of low-level “rogue” agents. On the contrary, they were organized in cold blood and at the highest levels. The Seton Hall Law School paper states as a matter of fact that “top officials in the West Wing of the White House and the Office of Legal Counsel of the Department of Justice orchestrated and poorly oversaw a horrific torture program that was responsible for the detention and interrogation of countless detainees.”

A New York Times editorial dated December 5, titled “Don’t Look Away,” is an attempt at damage control following the release of the Abu Zubaydah illustrations. While denouncing torture as “barbaric and illegal,” the article seeks to blame the torture program on the Republicans, denouncing President Trump and “those who think like him.”

The Times does not attempt to explain how it came to pass that nobody was ever prosecuted for conduct that it admits was “barbaric and illegal” and constituted “war crimes.”

In reality, the CIA torture program was entirely bipartisan. Jay Rockefeller, the top Democrat on the Senate Intelligence Committee, as well as then-House Democratic Leader Nancy Pelosi were briefed on the program in 2002.

The Obama administration played a key role in legitimizing torture and shielding war criminals from prosecution. Under the slogan of “looking forward not backward,” the Democrats refused to prosecute anyone involved in the program or cover-up. The only CIA employee who was ever prosecuted by the Obama administration in connection with torture was analyst John Kiriakou, who was jailed for publicly acknowledging that the CIA was engaged in waterboarding.

Obama refused for years to release the Senate torture report and assisted the CIA’s efforts to suppress it. In 2015, the Obama administration successfully sued to prevent the American Civil Liberties Union from obtaining it under the Freedom of Information Act.

What did the New York Times have to say about these “barbaric and illegal” practices at the time? On April 6, 2002, a Times headline gloated, “A Master Terrorist is Nabbed.” Describing the abduction of Abu Zubaydah in Pakistan, without charges or legal proceedings of any kind, the Times wrote, “His seizure demonstrates that the painstaking international detective work of the current phase of the war on terror is paying off.”

On June 12, 2002, in an article titled “Traces of Terror,” the Times continued its role as a CIA stenographer: “After nearly 100 sessions with CIA and FBI interrogators at a heavily guarded, undisclosed location, the captured terrorist Abu Zubaydah has provided information that American officials say is central to the Bush administration’s efforts to pre-empt a new wave of attacks against the United States.”

This version of events was, as is now universally acknowledged, a pack of lies. Abu Zubaydah was not a high-level operative in Al Qaeda, and he may not have even been a member. He has never been charged with a crime, let alone tried and convicted. Yet to this day, he continues to rot in a cell in the Guantanamo Bay torture camp, with no prospect of being released.

Five years after the publication of the Senate report, where are the torturers and their co-conspirators now? Gina Haspel, who presided over a CIA torture compound in Thailand and was implicated in the destruction of tapes of Abu Zubaydah’s torture in 2005, was promoted by Trump to become the new director of the agency.

The previous director, John Brennan, who was a high-level CIA official during the Bush administration and under Obama ordered agents to break into Senate staffers’ computers in an effort to search for incriminating information relating to torture, is now serving as a well-paid “senior national security and intelligence analyst” for NBC News and MSNBC. He makes regular appearances on news programs to agitate in favor of the Democrats’ impeachment drive.

James Mitchell, whose company, Mitchell Jessen and Associates, received a $81 million contract from the CIA to develop and implement the “enhanced interrogation” techniques that were used on Abu Zubaydah and others, remains at large. According to a Bloomberg News article in 2014, he is now retired and spends his free time kayaking, rafting and climbing.

And what has been the fate of those who have exposed official criminality? Julian Assange is imprisoned in Belmarsh Prison in London, where his life is endangered by conditions amounting to torture. Chelsea Manning was imprisoned and tortured, released, and then imprisoned again for refusing to testify against Assange before a grand jury. Edward Snowden was forced to flee the country and seek refuge in Russia.

The torturers and their co-conspirators have not been prosecuted, not because of lack of evidence or insufficient legal grounds, but because the entire political establishment is implicated at the highest levels, including the Democrats, the Republicans, the military and intelligence agencies, the establishment media, and all of those who perpetrated the reactionary fraud of the “war on terror.”

The failure to prosecute the torturers has served to embolden the most fascistic layers in the state apparatus, opening the way for Trump to boast of his support for torture in broad daylight. Trump and his fascistic advisers, frightened by the growth of social opposition, believe that the Gestapo-style methods that have been implemented in the course of the “war on terror” are necessary to terrify and suppress opposition both abroad and internally. While Trump brags that he is in favor of implementing torture practices at Guantanamo Bay that are a “hell of a lot worse,” he tells police officers within the US: “Don’t be too nice.”

The Democrats and their allies are concerned that public discussion of the crimes of the state would serve to fuel popular hostility towards the institutions the New York Times describes as the “greatest security establishment on earth.” It would cut across the Democrats’ ongoing efforts to ingratiate and align themselves with the CIA as part of the impeachment drive against Trump. Moreover, the revelations of CIA torture underscore the hypocrisy of their efforts to justify American imperialist aggression and subversion all over the world in the name of “human rights.”

For these reasons, the demand to bring the torturers to justice must be taken up by the international working class. Every individual who participated in the CIA torture program or the cover-up in any capacity, including those who failed to intervene when they had an opportunity to do so, should face arrest, indictment and prosecution.

The fight to end torture once and for all must be connected to the mounting struggles of the international working class to defend and expand its democratic and social rights and halt the drive of the ruling class toward dictatorship. The entire existing social order is implicated in torture and must be overthrown.