The report issued Monday by Justice Department Inspector General Michael Horowitz on the FBI investigation into the 2016 Trump election campaign documents the extraordinary political role played by this key police/intelligence agency in influencing the outcome of the 2016 election.

The report underscores the fraud of the effort by the Democrats to impeach Trump on the grounds that he has invited “foreign intervention” into the 2020 elections. The greatest threat to American democracy comes not from Russia or any other foreign country, but from the operations of the military-intelligence agencies of the capitalist state, which do the bidding of Wall Street and the financial aristocracy.

The report shows that the conflict between the CIA-backed Democrats and the fascistic Trump is a fight between two right-wing forces, both implacably committed to the interests of American imperialism and both hostile to the social and democratic rights of the working class. 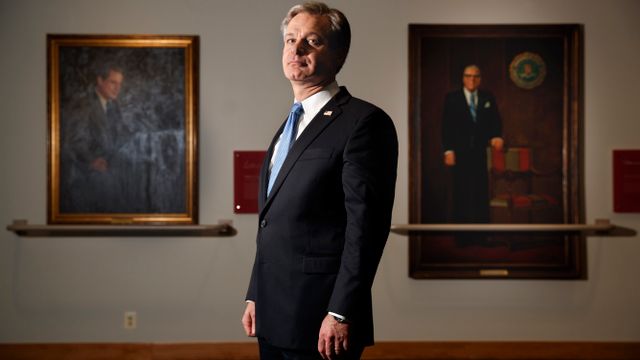 The Horowitz report begins with the decision by the FBI, on July 31, 2016, to open a preliminary investigation into the relationship between the Trump campaign and the Russian government.

This action was triggered by information passed to the FBI by the Australian ambassador to Britain, who encountered a Trump foreign policy adviser, George Papadopoulos, in London. Papadopoulos boasted that Russia had acquired a large number of damaging emails from the Democratic Party and the Hillary Clinton campaign and would soon make them public.

The bulk of the media coverage of the Horowitz report goes no further than this: his claim that the FBI proceeded properly, according to its own rules and regulations, in opening the investigation, and that political hostility to Trump and the Republicans played no role in that decision.

But far more significant is the context in which this decision was made and the subsequent actions of the FBI operation, given the codename Crossfire Hurricane, over the next three months.

Throughout the period from July through October 2016, the critical final months of the election campaign, the FBI became the focal point of political conflicts within the US ruling elite and the effective arbiter of the struggle between Clinton and Trump, the two most unpopular figures ever to run as major party candidates for the presidency.

The open intervention began on July 5, 2016, when FBI Director James Comey held the press conference at which he publicly cleared Clinton of wrongdoing in relation to her use of a private email server while she was secretary of state, while denouncing her conduct as inexcusably careless.

On July 31, the FBI opened the Crossfire Hurricane investigation, and on August 10 began individual investigations into Papadopoulos, Carter Page, another Trump foreign policy aide, and Paul Manafort, the campaign chairman. On August 16, General Michael Flynn, the retired head of the Defense Intelligence Agency and Trump’s top national security adviser, was added to the list.

The extraordinary decision to begin investigations into top Trump aides was approved by the entire leadership of the FBI, including Comey, Deputy Director Andrew McCabe and General Counsel James Baker.

At the same time, there was public opposition to Trump from the national security establishment, with 50 former top officials, Republican and Democratic, publishing an open letter August 8 denouncing Trump and supporting Clinton.

On August 18, after press reports exposing his role as the highly paid adviser to former Ukraine President Viktor Yanukovych—overthrown in 2014 in a US-backed coup—Paul Manafort resigned as Trump campaign chairman, replaced by the openly fascistic Stephen Bannon.

On September 19, the FBI received the Steele dossier, a compilation of unverified and salacious charges against Trump, focused on alleged activities in Moscow. This material was used as the basis for seeking authorization from the Foreign Intelligence Surveillance Court for a wiretap on Carter Page, who had left the Trump campaign but was the subject of close surveillance for nearly a year afterwards. The FISA court issued the wiretap authorization on October 21, 2016.

Horowitz details no less than seven “inaccuracies” in the FBI application for the wiretap against Page, with an additional 10 “errors” in the three subsequent applications to extend the wiretap for three months at a time. These included serious questions and contradictions in the Steele dossier, which the FBI concealed from the FISA court, including the fact that the dossier was funded by the Democratic Party and, most remarkably, that Page had been working for the CIA when he met with Russian intelligence agents over a ten-year period.

In October 2016, there was a full-scale explosion of factional conflict within the FBI.

Pro-Republican, pro-Trump agents, who reportedly predominated in the ranks and in the leadership of the powerful New York City branch office, fed anti-Clinton material to the press, particularly after the discovery on October 3 of a laptop belonging to former congressman Anthony Weiner but used by Huma Abedin, Clinton’s closest aide, who was then married to Weiner.

On October 28, 2016, Comey sent his unprecedented letter to top Republicans and Democrats on House and Senate committees with national security authority telling them he was reopening the Clinton email investigation because thousands of Clinton emails had been found on Weiner’s computer. This letter, immediately leaked to the press, touched off a political firestorm that undoubtedly contributed to Clinton’s narrow election defeat 10 days later.

The World Socialist Web Site wrote at the time:

This direct intervention into the election by the top police-intelligence agency can only be an expression of deep crisis and profound tensions within the American ruling class and the state. The election as a whole has been dominated by the growth of social anger and antiestablishment sentiment, yet it has ended in a contest between two right-wing representatives of the richest 1 percent who are despised by huge sections of the electorate.

The response to the Horowitz report by President Trump and his political opponents in the Democratic Party has divided along predictable lines, with the Democrats hailing the report as a rebuttal of Trump claims of political bias in the FBI, and key Trump aides, including Attorney General William Barr, issuing denunciations.

Nowhere in either the media coverage or the statements of the warring factions within the ruling elite is there any actual discussion of the significance of the FBI role in the 2016 campaign—and the ongoing intervention of the national security apparatus in the current political crisis over impeachment and the 2020 election campaign.

It is worth pointing out that the Horowitz report demonstrates how easily the FBI can open an investigation with only the slightest “articulable factual basis,” and that FBI and Justice Department guidelines make no requirement for higher standards for “allegations potentially impacting constitutionally protected activity, such as First Amendment rights.”

In other words, the FBI is a law unto itself, and conducts its operations as it pleases, elections and democratic rights be damned. If that is the rule for a prominent and wealthy figure like Trump, one can only imagine what the standard is for targeting individuals from the working class or social and political organizations that oppose the capitalist system.