“They are jamming this down our throats:” Fiat Chrysler workers denounce UAW for rushing vote on sellout contract

The WSWS Autoworker Newsletter will host a call Thursday, December 12, 7 pm EST to discuss a strategy to fight the sellout of FCA workers and mobilize autoworkers against the global assault on jobs and wages. To register, go to: wsws.org/autocall.

The United Auto Workers union is seeking to rush through a new four-year labor agreement covering 47,000 Fiat Chrysler workers. Like the GM and Ford settlements, the UAW-FCA deal will maintain the multitier wage and benefit system while giving the company even greater latitude to replace higher-paid “legacy” workers with temps who have no rights but will still have to pay union dues.

Just days after dumping the contract on its web site, the UAW organized several so-called informational meetings where union officials pushed the “highlights” of the deal and forced workers to vote on it before having sufficient time to study and discuss the contract.

On Monday, workers at the suburban Detroit Warren Truck and Sterling Heights Assembly plants voted on the deal, along with workers at the company’s transmission plants in Kokomo, Indiana. UAW officials say they want the voting wrapped up by Wednesday. 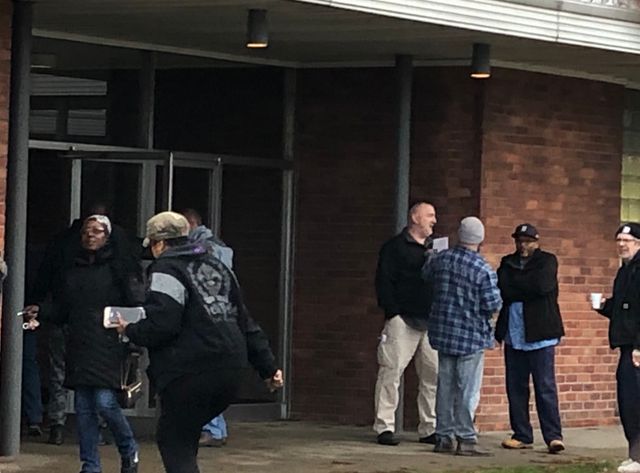 So naked is the UAW sellout that the president of UAW Local 961 at the Marysville, Michigan transmission plant, which faces the prospect of closure after Fiat Chrysler pulls out in 2021, wrote a letter urging workers to vote the deal down. The contract proposal represented the “new normal” of “wage disparity, job insecurity, three classes of workers (traditional/in progression/temporary), and [out]sourcing,” he wrote. The deal also threatened further job losses at the Belvidere, Illinois assembly plant and Milwaukee parts depot, and paved the way for FCA to outsource transmission work at Toledo Machining, Kokomo Transmission/Casting Plants and Marysville.

A veteran worker who attended the Kokomo meeting told the WSWS Autoworker Newsletter, “Of those who went to the contract info meetings, most are saying that it doesn't matter how they vote because most believe it's rigged and the company and union are going to pass it regardless of their votes. The people are saying they know they are not being told the truth and after the contract is ratified the truth about the language will then come out.

“Most people have lost all faith in the union, but they are afraid to stand up for themselves and each other. We have a local president who has publicly gone on Facebook telling the workers do not say anything about the way the company runs the floor, or they will be fired. Workers are on the floor and it’s destroying people's health and lives. Nobody wants to help the people who deal with the daily pressures. Except for your newsletter and your team, nobody is standing up for the people.”

A worker who attended Sunday’s meeting of Toledo, Ohio Jeep workers, reported that several rank-and-file workers shouted at union officials in the front of the auditorium who repeatedly told them to go to the UAW web site to find the full contract. “That’s your job,” one worker can be heard shouting in a video of the meeting shot by workers. “What’s the matter, isn’t Fiat Chrysler paying you enough?” he asks.

Johnny, an in-progression worker at the Toledo plant said, “A couple guys were upset with all the BS, and about UAW corruption, the local president sent the sergeant of arms up to the rafters and he told the workers to “shut the F… up!” and that he would meet them outside the meeting for a fight.

“The UAW is just pitting one group of workers against the other. The union is getting raises for in-progression workers who have three to five years, but those with a little more seniority have to wait a year and get a smaller raise. We’ve been fighting for equality among ourselves for years, but the UAW wants that division among workers.

“The UAW has become everything that it was fighting against when it was first founded in the 1930s. The company doesn’t need goons and spies now, it has the UAW. How can it fight for workers when it owns GM stock? What is good for GM is good for the UAW, not the workers. They called a fake strike at GM to starve people out and get the company’s contract through.”

Johnny referred to the GM lawsuit charging that FCA got an unfair competitive advantage by bribing the UAW to accept the highest percentage of lower-paid in-progression and temporary workers. He said GM’s description of the UAW as a “FCA-controlled enterprise” is “100 percent accurate.” Norwood Jewell, who was head of the UAW-Chrysler negotiations in 2015, “pleaded guilty and is serving time.” General Holiefield, in the previous three contracts took bribes and “would be in jail if he hadn’t died.” For the “last 12 years, at least,” Johnny said, “the UAW has been owned by FCA.”

As for Cindy Estrada, who currently heads the UAW’s Chrysler department, the continued, “She is tied up with the kickback scheme at the UAW-GM Center for Human Resources. It makes you wonder whether she took money from GM and the company is only suing FCA to keep the heat off. People who live in glass houses shouldn’t throw stones,” he said.

Supporters of the WSWS Autoworker Newsletter distributed a statement calling on FCA workers to reject the sellout deal and fight for the building of rank-and-file factory committees to take the conduct of the struggle out of the hands of the corrupt UAW. 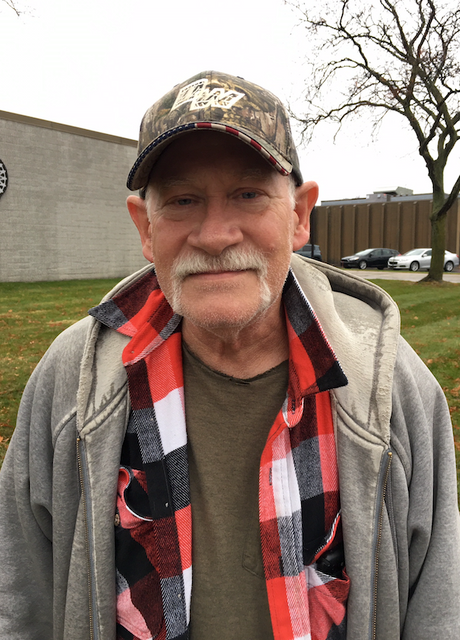 Rick, a veteran Warren Truck worker, said, “The younger, in-progression workers still do not have a pension. How much money does this company have to make in order to give its workers a pension? How are these workers going to put money away in a 401 (K) retirement plan when they’re not making enough to live now?

“The union officials have their hands in the piggy bank. The stockholders are getting billions and once they get rid of the higher-paid workers with pensions, it’s going to be holy hell in the factories for the next generation. The UAW is supposed to work for us, but they think that we work for them.”

A tier-two worker at Warren Truck said he planned to vote ‘no.’ “They were supposed to have dissolved the tiers. There should be one tier across the board. The tiers were only brought in because of the [2009] bailout. To have it become a permanent standard, that is wrong. The last contract should have been nullified because of all the corruption.”

He said the UAW was trying to stonewall questions about the new contract. “Everyone is hush, hush. For the temporary workers, they don’t have to roll them over to full time. There is no pathway, no date, no nothing. You will never see another big time hiring of full-time workers again,” he said.

Referring to the new assembly plant Fiat Chrysler is building in Detroit, he said, “There are so many workers that are still laid off, they will not have to hire off the street. They are just taking all the applications as a big publicity stunt.”

Referring to the temporary workers, now called “supplemental,” he said, “Now they will be defined as a third tier. They have a five-year plan. They would like to standardize $15 an hour across the board. Right now, they are capping people. The Supplementals will be capped at $25 an hour.”

Several skilled trades workers at Sterling Heights Assembly pointed out that at their plant their traditional eight-hour workday was being abolished in favor of 10- or even 12-hour shifts. One skilled trades worker said, “Under this contract, we can be forced to work 12 hours a day, seven days a week at straight time.”

He said, “The contract creates a ‘control specialist’ who can do the same job as an electrician as long as he has some electrical experience. He doesn’t have to be licensed. It is not right. It feels like they are jamming this down our throats.”

Other workers expressed concern over the attendance policy. One worker pointed out that unlike previous agreements, attendance write-ups would not be erased from workers’ records. “They want to fire a bunch of people,” he said. “That is so they can hire new people at lower wages.” 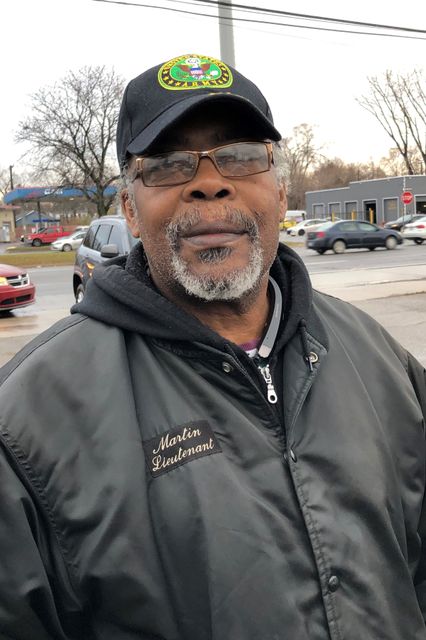 “The contract is at least 400 pages and we’re supposed to vote on it today,” said Sammy, a veteran worker at Sterling Heights Assembly Plant. “The United Auto Workers is supposed to unite autoworkers, but they have us divided by tiers and companies. The UAW is like a double agent taking bribes from Fiat Chrysler.

“I heard that there were GM workers, including some at Flint Assembly who worked loyally for GM for over 20 years, were fired for what they said on social media during the strike. Whatever happened to freedom of speech?”

Several workers were also familiar with the plight of the GM workers in Silao, Mexico who were fired because the defied the demands of the company and the Confederation of Mexican Workers union to increase production during the US GM strike.

“The GM workers in Mexico face the same issues,” Johnny, the Jeep worker, said. “The government doesn’t give a damn about them. FCA builds cars down there and instead of paying $55 an hour in all-in labor costs it’s more like $5 an hour. But they don’t bring down the cost of the car; no, they take all those savings for profits. I am so proud that Mexican workers are standing up for themselves. They are 50 years behind us in terms of job safety and ergonomics. Now after all the torture they are going through they are out of a job for standing up for American workers. They are our brothers and sisters and we have to stand up for them now,” Johnny concluded.