“We are all working people. We should be fighting together”

This weekend, campaigners for the WSWS Autoworker Newsletter went to auto plants in Southeast Michigan to distribute material explaining the case of the victimized Mexican autoworkers known as the Silao Seven and to mobilize international support on their behalf.

The Silao Seven are General Motors workers in Silao, Mexico, who were fired for supporting the recent 40-day strike by 48,000 GM workers in the United States. At the Silao complex, 6,000 workers are paid $2.25 per hour to manufacture the Silverado and Sierra pickup trucks, GM’s most profitable vehicles.

In an attempt to weaken and break the strike in the US, GM imposed speedup and forced overtime in Mexico. But in a courageous act of international solidarity with their class brothers and sisters in the United States, the Silao workers refused. 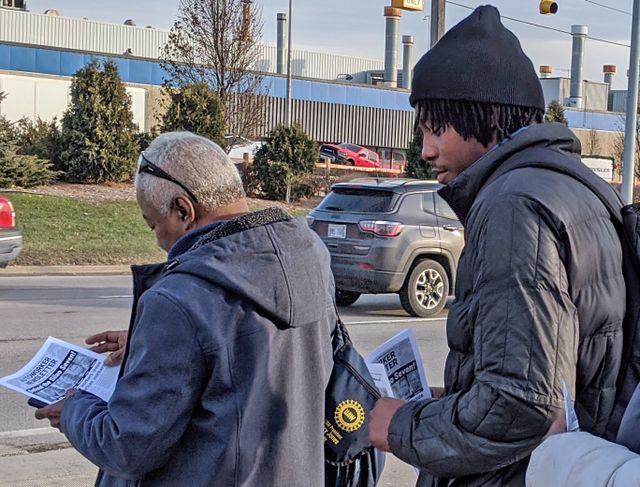 GM executives in Detroit quickly shut down the Silao plant, fearing that resistance would spread to the company’s other plants in Mexico. The Confederation of Mexican Workers union (CTM), which like its American counterpart, the United Auto Workers, is a pro-company organization run by criminals, worked with GM to track down seven leaders of the rebellion and fire them.

The Silao Seven have issued an open letter to US autoworkers appealing for support. Some of these victimized workers had more than 20 years of seniority and have now been blacklisted by GM and other area employers.

Many autoworkers in Detroit stopped to discuss the case with our campaigners, and several made donations to the Silao Seven’s defense fund. (Donate at paypal.me/israelcervante)

At Fiat Chrysler’s Warren Truck plant, a young worker said, “I think the kind of solidarity they are showing is long overdue.” His sentiments were echoed by many workers. “It’s beautiful,” said one worker as she rushed into the plant. Another said he was inspired by their brave actions. “I think they should be supported. We are all working people. We should all be fighting together.” 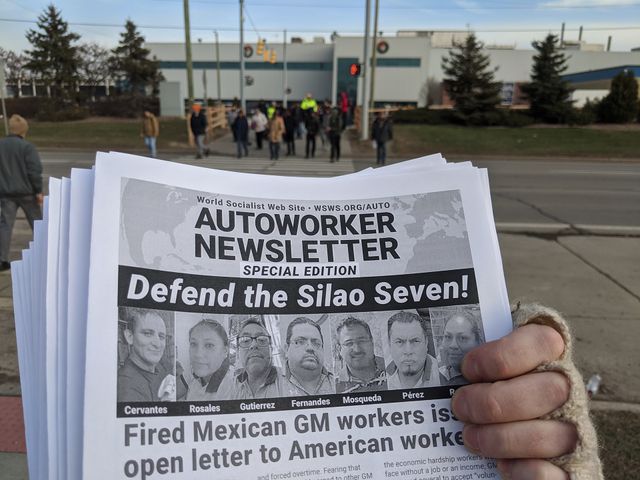 When told that the Silao workers were being victimized through the collaboration of both management and the unions, and that the UAW had likewise done nothing to defend them, workers were appalled but unsurprised. “The union doesn’t care about workers in Mexico, and our union doesn’t care about us here,” one worker said. Another rejected the attempts by the UAW to scapegoat Mexican workers and pit workers against each other, saying “Everyone needs a job, no matter where you are or who you are. Mexican workers are not our enemies.”

A veteran Fiat Chrysler worker with 23 years said, “I think it is good what you are doing.” She added, “I haven’t seen any solidarity like that here in 23 years,” referring to her experience with the UAW and the unending series of sellout contracts. “Look at how they treat the two-tier workers.”

At Ford’s Dearborn Assembly plant, a worker with 29 years said that the new contract rammed through by the UAW was “the worst one” he has seen in his entire career. “Every year they try to take more and more from us: healthcare, wages and more.” He supported the internationalism expressed by the Silao workers, explaining that in the auto industry “all the parts come from different countries” and that workers of different races and nationalities are “all mixed together as workers” in the process of production. He donated $5 to the Silao workers’ defense fund. 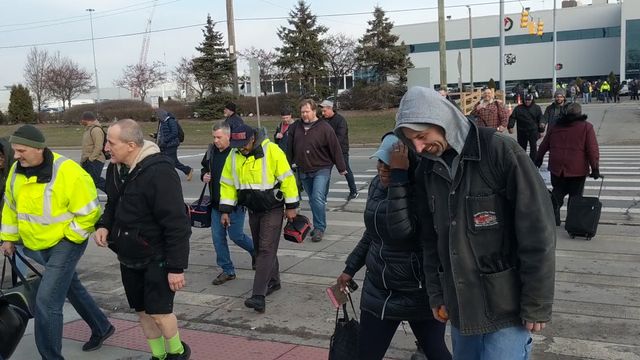 Warren Truck workers getting off of a shift

Another Ford worker said, “They shouldn’t be punished for this, showing support for their brothers and sisters, that’s ridiculous!” And another added, “They can’t just fire people like that. I’ll save this information and I’ll definitely donate because I feel for these workers.”

The WSWS Autoworker Newsletter will continue to work to mobilize international support for the Silao Seven.

Send your message of support for the Silao Seven to autoworkers@wsws.org

Donate to the defense fund at paypal.me/israelcervante