Extremely hot, windy and dry conditions are forecast for much of Australia this week, meaning the hundreds of fires already burning across the country will be intensified, and more blazes are likely to start.

In South Australia, maximum temperatures above 40C are set to continue until the weekend, causing extreme fire danger in several areas, including the Mount Lofty ranges, close to Adelaide, the state capital.

Friday is set to be Victoria’s hottest December day on record, with forecast maximum temperatures as high as 47C in parts of the state. 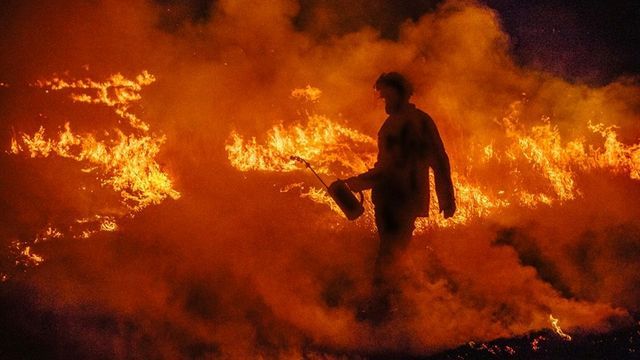 Conditions on Thursday and Saturday will be the most severe in New South Wales (NSW), with many areas expecting temperatures in the mid-40s. The extreme heat, combined with strong winds and low humidity, is likely to produce extremely difficult conditions for firefighters.

Similar conditions in Western Australia last week resulted in multiple bushfire emergency declarations, the destruction of one home and a narrow escape for a 12-year-old boy caught in a fire at Mogumber. More than 30,000 hectares of land was burned just to the north and east of Perth, the state capital.

On the central Queensland coast, residents of Promisedland and Pine Creek, near the port city of Bundaberg, were told to “prepare to leave” on Tuesday morning. The area is at risk from a large bushfire burning out of control in the Elliott River State Forest. Sixty kilometres to the north, Mount Maria residents were told to leave immediately on Monday afternoon. This warning was later downgraded to “prepare to leave.”

NSW continues to be the worst affected, with more than 100 active fires, half of them uncontained. The largest is a more than 400,000-hectare “mega fire” at Gospers Mountain in the Wollemi National Park, northwest of Sydney.

Up to 12 homes were destroyed and an emergency evacuation was carried out at Mount Tomah on Sunday when a backburn broke containment lines. Firefighters had been conducting the operation for several days in an effort to contain the “mega-fire” in preparation for worsening conditions this week, but said they had confronted unprecedented fire behaviour.

More than 30 kilometres to the northwest, the same fire threatened yesterday to reach the Mount Piper Power Station, which provides around 10 percent of the state’s electricity, and the Springvale Coal Mine. If the coal mine were to catch fire, it would likely burn for weeks, spewing carbon monoxide and nitrogen oxides into the air. While the mine’s owner insisted that above-ground coal stockpiles were well protected, and firefighters prioritised the facility’s protection, only a wind direction change prevented a catastrophe.

NSW Premier Gladys Berejiklian announced on Tuesday that the Gospers Mountain fire was “uncontrollable.” She said: “Containment is not an option, what is the option is to save life and property.” Despite this, and her statement that it was a “miracle” that more lives had not been lost already, she insisted that firefighters did not need more resources, echoing earlier comments by Prime Minister Scott Morrison.

Experienced firefighters dispute this. Former Fire and Rescue NSW commissioner Greg Mullins wrote in the Sydney Morning Herald: “Seasoned firefighters have felt overwhelmed by what they’ve seen, and exhaustion has become a way of life.”

Mullins criticised Morrison’s federal government for ignoring year-old pleas for more funding to lease additional firefighting aircraft. On Sunday, Australia’s only large 737 air tanker was fighting fires near Perth, more than 3,000 kilometres away from the escalating fires near Sydney. Longer, overlapping fire seasons caused by climate change mean that existing resource-sharing between countries and states is no longer adequate.

Reacting to what Mullins called a “leadership vacuum,” and the failure of government to address climate change or its consequences, a group of former fire chiefs announced they will hold a national summit on the bushfire crisis. Morrison has continued to refuse to meet the group.

On Monday, the Climate and Health Alliance (CAHA) released a statement signed by 27 health and medical groups calling on the NSW and federal governments to respond to what they deemed a “public health emergency.”

The statement set out the need to urgently address climate change to avoid an increase in the frequency and severity of extreme weather events, and called for a “nationally coordinated approach to tackling the worsening health impacts of climate change.”

The fact is, neither of these goals will be achieved through appeals to capitalist governments. Climate change is a global problem, created by the corporate profit system itself.

The smoke haze in Sydney has been so bad that the city is attracting the attention of scientists studying the long- and short-term effects of “extreme air pollution episodes.” Fine particles in bushfire smoke are known to aggravate heart and lung conditions, but recent research has linked these PM2.5 particulates to other medical problems, including diabetes, Parkinson’s disease, renal failure and birth defects. Exposure to bushfire smoke is worse for asthma than breathing car exhaust.

“At-risk” people—infants, pregnant women, the elderly and those with existing conditions—have been warned to stay indoors. And the CAHA statement warned that for “socially and economically-marginalised” people, who cannot afford to own or operate air conditioning, the air inside their homes is not likely to be much better than that outside.

Most workplaces and schools have not been closed, leaving many workers and students with an unreasonable choice between looking after their health and getting to work or school.

Staying indoors is not enough in some cases. On December 10, when Sydney’s air quality plummeted to 11 times the figure considered hazardous, the smoke was so pervasive that hundreds of indoor smoke alarms were set off, including at Wynyard Station, Sydney Airport, and even the headquarters of the Rural Fire Service, which was briefly evacuated.

Workers who have walked off the job in the hazardous conditions have risked being stood down without pay. Enterprise agreements pushed through by trade unions fail to protect workers from these unsafe working conditions.

In Sydney between December 5 and 11, 48 percent more people presented to hospital emergency departments than the five-year average. With public hospitals already struggling to treat patients within maximum acceptable time limits, especially in working-class areas, the health system is ill-equipped to deal with this additional strain.

Donna Green, a University of New South Wales researcher, warned of longer-term health impacts. “Although there can’t be much doubt there will be many excess deaths in this spring-summer season from the indirect impacts of the air pollution, the additional sickness and disease at the population level over coming years is likely to be the big unknown,” she wrote.