A plague on both political parties

The US House of Representatives voted Wednesday night to impeach President Donald Trump. The speeches preceding the vote contained innumerable invocations of the historic significance of the move. But the history of previous impeachments only exposes the right-wing, pro-war character of the Democrats’ impeachment drive. 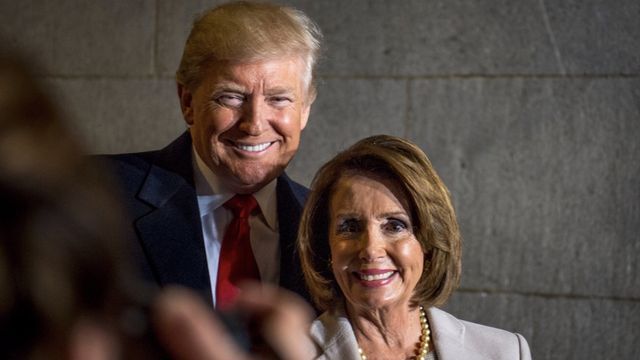 The first impeachment of a US president was directed against Andrew Johnson in 1868. It came in the wake of the Civil War, when Johnson, an anti-secessionist but virulently racist Democrat, succeeded to the presidency after the assassination of Abraham Lincoln. Congressional Republicans regarded Johnson as the ally of the former slaveholders, and impeached him for firing the secretary of war, a strong supporter of Radical Reconstruction of the South. Johnson’s acquittal in the Senate, by a single vote, was a signal of the coming turn by the Northern capitalist class away from the revolutionary-democratic struggle of the Civil War, in preparation to fight a new enemy, the American working class.

The second impeachment of a US president was only forestalled by President Richard Nixon’s forced resignation in 1974, after the House Judiciary Committee had voted articles of impeachment against him for obstruction of justice, abuse of power and contempt of Congress. These charges were bound up with the exposure of a massive program of illegal political repression employed by the Nixon administration to suppress the civil rights and anti-war movements of the 1960s. Nixon formed his unit of former CIA agents, the “plumbers,” to spy on Daniel Ellsberg, who leaked the Pentagon Papers to the media. When the “plumbers” were caught burglarizing the offices of the Democratic National Committee in the Watergate building in July 1972, the chain of events was set into motion that led to Nixon’s ouster two years later.

There is no shortage of legitimate reasons for removing Trump. He has ripped thousands of immigrant children from their families in a policy branded as tantamount to torture by the United Nations. He has created concentration camps on American soil. He has misappropriated military funds in defiance of congress to build his garrison state along the Southern border. He has stated he would be willing to defy constitutional term limits and reject the outcome of an election in which he is defeated. He has sought to create a fascist movement on American soil.

But all of these fundamental democratic issues have been excluded from the Democrats’ impeachment drive, which is centered on claims that Trump has been insufficiently aggressive in fighting a proxy war against Russia in Ukraine.

“In the end, this impeachment is the first over a question of whether the president is selling out American national security,” writes David Sanger in the New York Times. “While Ukraine is the proximate event, how the president has dealt with Mr. Putin is the overarching theme.”

Sanger concludes, “the argument about Ukraine, the ostensible reason for the president’s impeachment, was not really about Ukraine at all. It was about Russia.”

But it was House Intelligence Committee Chairman Adam Schiff—the pivotal figure in the impeachment drive—who left no question about the central demand of the Democratic Party for an escalation of the US conflict with Russia.

“Ukraine is fighting our fight against the Russians, against their expansionism. That's our fight, too.” Schiff said. “We used to stand up to Putin and Russia. I know the party of Ronald Reagan used to.”

“That’s why we support Ukraine with the military aid that we have,” Schiff continued. “The President may not care about it, but we do. We care about our defense, we care about the defense of our allies, and we darn well care about our constitution.”

Nowhere has anyone explained why Ukraine’s war with Russia should be “our fight, too,” or why the failure to fight this war to the Democrats’ satisfaction constitutes an impeachable offense.

The Democrats’ attempt to remove Trump aims to legitimize an intense escalation of the US conflict with Russia, a policy for which there exists no support among the mass of the population.

The Democratic Party is aware of the broad popular hatred of the Trump administration. But what this party of the rich and affluent fears far more than Trump’s reelection is a mass mobilization to remove him, which would inevitably challenge their own wealth and the capitalist system.

In the terms defined by the Democrats, the impeachment has no democratic or legitimate content. The complete remoteness from and indifference to any popular sentiment or demands gives it the character of a palace coup. The innumerable claims by various Democrats that their impeachment constitutes a defense of democracy are both unconvincing and untrue.

Even as they have moved ahead with their impeachment drive, the Democrats have worked with Trump to expand the military, gut congressional restrictions on the use of military force, and expand his immigration crackdown. On Tuesday, they approved the largest military budget in US history, and on Thursday, the day after the impeachment, they plan to pass USMCA (United States-Mexico-Canada Agreement), a trade war measure targeting China.

As the impeachment votes were being cast, Trump was in Battle Creek, Michigan, making a violent, demagogic and fascistic appeal to his supporters. Trump echoed the letter he had earlier sent to the House of Representatives in which he accused the Speaker of the House of “declaring open war on American Democracy.”

But in excluding all democratic issues that would succeed in mobilizing the population against Trump, the Democrats have actually played into the hands of the President, who has sought to mobilize his fascistic base on the grounds that he is a victim of a “deep state” plot.

The central lie peddled by Trump is to equate the Democrats’ efforts to remove him—together with those of the intelligence agencies and media—with socialism. This is his label for any form of popular opposition to his administration. In the traditions of fascism, Trump falsely presents himself as the victim of a conspiracy between the “elites,” socialists and communists.

Whatever the outcome of the impeachment crisis, it will see a dangerous further movement of American politics to the right. If the Democrats fail to remove Trump—as seems likely—it will strengthen him. If they somehow succeed in orchestrating Trump’s removal, it would be seen as illegitimate by broad sections of the population, and would virtually guarantee an escalation of military conflict with Russia.

Whatever its outcome, the impeachment must be seen in context of the greatest crisis of American capitalism since the Civil War. In their own way, both parties represent the twin imperatives of American imperialism under conditions of social crisis and the loss of its global hegemony.

The Democrats embody the drive to war; the Republicans, in the form of Trump, embody the move toward fascistic and authoritarian forms of rule.

The fight against Trump can only unfold on the basis of a social and political struggle rooted in the working class. The essential prerequisite for the emergence of such a movement is a total and unequivocal break with the Democratic and Republican parties. The attitude of the working class to this impeachment must be, amending Shakespeare, “A plague on both political parties.”