Aerospace giant Boeing announced on Monday it is suspending production of the deadly 737 Max 8 aircraft starting in January. The plane was grounded nine months ago after two crashes—the first outside of Jakarta, Indonesia on Lion Air Flight 610, which killed 189 passengers and crew, and the second on Ethiopian Airlines Flight 302 a few minutes after takeoff from Addis Ababa, costing a further 157 human lives.

While Boeing has insisted that the shutdown of the line will not result in any layoffs—the company has assured the 12,000 workers at the Renton, Washington production facility they will continue 737-related work or be reassigned to other facilities in the Seattle area—the announcement does not preclude the company from letting workers go in the future. If the plane is never put back into service, a distinct possibility, it will be the company’s employees and their families who will bear the consequences of the criminal activity of the company’s executives.

The shutdown of the line came the week after Boeing ex-employee Ed Pierson testified before the House that senior Boeing management were aware that the Max 8 was an unsafe plane prior to the twin disasters. He warned them twice in the months before the first crash that “deteriorating factory conditions” at the Renton facility were making aircraft that would eventually fall out of the sky and asked for the line to be shut down in order to ensure the planes were safe. 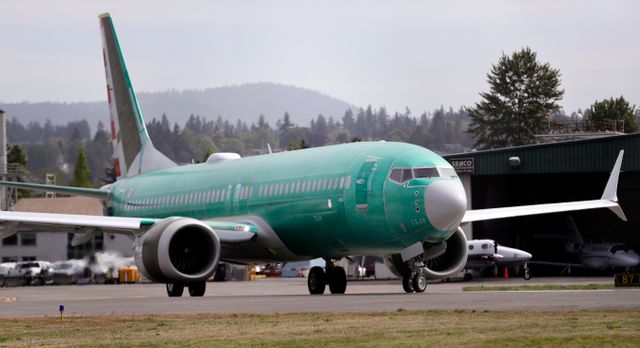 That same hearing also exposed the fact that the Federal Aviation Administration knew after the first crash that, unless the plane was grounded, the Max 8 would average one fatal crash every two or three years, far above what Boeing or the agency considers safe. The supposed regulatory agency suppressed this information for a year, a decision that allowed Boeing stock prices to soar in the run-up to hundreds more deaths.

Since the Max 8 was announced in 2011 to when the fleet was grounded in March, the corporation increased in value by nearly $200 billion, making its continued sale and operation critical for Boeing’s bottom line.

However, it is unclear when, or even if, production of the Max 8 will resume. Boeing was originally supposed to submit a comprehensive fix to the fatal aircraft in September, and the company line was that the plane would fly again by the end of 2019. Numerous problems, however, have been uncovered with the aircraft and the certification process itself, resulting in months of delays. As a result, Southwest and American Airlines have canceled flights on Max 8 jets until April, while United has canceled its Max 8 flights until June.

While Boeing is promising to shift the workers at Renton to other jobs for the time being, the companies that make critical components, including the engines, ventilation systems, wings and fuselages, are poised to lose a significant amount of income.

This includes large corporations such as General Electric. When Boeing reduced its production of the Max 8 from 52 to 42 a month in April, GE, which makes the engines for the jet, announced it would lose $1.4 billion throughout the rest of the year. It is poised to lose five times that much in 2020 if the Max 8 stays grounded.

The situation at Spirit AeroSystems is worse. The Wichita, Kansas-based company earns 80 percent of its revenue from Boeing, a significant portion of that from making fuselages for the 737 Max. While no layoffs have been announced, both the company and Kansas governor Laura Kelly have said that the state may have to pay salaries for Spirit workers if the grounding continues. The company has dozens of Boeing hulls waiting to be delivered sitting outside at the company’s Wichita factory.

Other companies, including Senior PLC, United Technologies Corp., Honeywell, Hexcel, Woodward and Meggitt, make numerous other equipment ranging from landing systems, avionics, pylons, thrust reversers, smoke detectors and engine nacelles. There are an estimated 642,000 employees at these companies alone, many of whom work on Boeing systems and are at risk of losing their jobs if the production of the Max 8 is halted for any significant length of time or ended permanently.

Meanwhile, the Boeing executives who oversaw the development and production of the 737 Max 8 have been cashing in. During the rise in the company’s stock after the first crash, Chief Financial Officer Gregory Smith, Executive Vice President John Keating, general counsel Michael Luttig and Chief Executive Officer Dennis Muilenberg all sold Boeing shares worth $9.5 million, $10.1 million, $9.5 million and $6.5 million, respectively.

These sums were all made just one month before the second crash. Boeing admitted at the time that it was aware of the potentially lethal issues with certain Max 8 computer systems and was attempting to introduce a software patch even as another of its planes plunged into the ground.

Officials at the FAA informed Reuters that the current plan is to have Boeing’s beleaguered jet back in the air by March. Agency administrator Steve Dickson stated that they are attempting to be “very detailed rather than try to rush a partially completed project,” and that they are waiting for answers from Boeing about the aircraft.

No doubt the families of the 346 dead individuals would have appreciated such a comprehensive review of the Max 8 before the planes crashed. Instead, a variety of reports and leaks have shown that the agency was well aware of the problems with the Max 8, particularly the software known as MCAS, which has been determined to be the immediate cause of the crashes. Documents and congressional testimony show that the agency handed oversight of this system to Boeing and did not insist on grounding the plane after the first crash even after its own internal review suggested it would happen again.

Rather than criminal murder investigations and charges against executives following the crashes, the ability for Boeing and other aerospace manufacturers to regulate themselves continues unabated. At the end of 2018 the House Transportation Committee, headed by Democratic Representative Peter DeFazio from Oregon, approved the FAA Reauthorization Act, which was passed by Congress and signed by President Donald Trump, expanding a law passed in 2005 that allows airplane companies to operate without independent oversight or safety inspections. Even if the Max 8 stays grounded, the framework exists for similar or greater air travel catastrophes to happen again.

Boeing executives must be tried for murder
[13 December 2019]