The temporary halt to construction of the Nord Stream 2 pipeline has dramatically intensified tensions between the United States and the European powers. Over the weekend, German government representatives and spokespeople from almost every party in parliament criticized the aggressive actions by the United States over the Nord Stream 2 pipeline in unusually strident terms.

US President Donald Trump signed a bill into law on Friday evening that imposes sanctions on firms involved in the construction of the Nord Stream 2 gas pipeline between Russia and Germany. The so-called “Protecting Europe’s Energy Security Act 2019” was authored by Republican Senator Ted Cruz and Democratic Senator Jeanne Shaheen. Prior to Trump's signing of the bill, both parties supported its passage by a huge majority in the House and Senate as part of the US’s gargantuan $738 billion military budget. 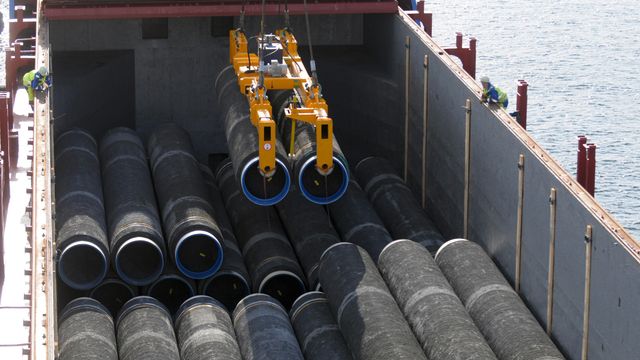 The US’s aggressive actions resulted in a temporary halt to construction on Nord Stream 2. The Swiss firm Allseas, which was laying the pipeline with special ships in the Baltic Sea, announced that it was suspending work on the project indefinitely. Republican senators Cruz and Ron Johnson had threatened Allseas chief executive Edward Heerema in a letter with “crushing and potentially fatal legal and economic sanctions” if his company continued work “even for a single day” after the passage of the law. They warned, “You face a binary choice: stop NOW, and leave the pipeline unfinished (...) or make a foolish attempt to rush to complete the pipeline and risk putting your company out of business forever.”

The German government strongly condemned Washington's actions. The sanctions have been “acknowledged with regret,” stated government spokeswoman Ulrike Demmer in Berlin on Saturday. “They impact German and European firms, and amount to interference in our internal affairs.” The chairman of the Social Democratic parliamentary group, Rolf Mützenich, declared, “The EU and Germany are obviously not allied partners for Trump, but vassals obliged to pay tribute... We will not bow to these methods of blackmail.”

Other government and business representatives spoke along similar lines. “President Trump is attempting nothing less than to economically subordinate Europe. That not only threatens an important project for our energy supply, but the entire system of world trade,” warned new SPD leader Norbert Walter-Borjans. The Social Democrat Minister President of Mecklenburg-Pomerania Manuela Schwesig urged that everything now had to be done to ensure the pipeline's completion. “Germany is correctly ending the use of nuclear and coal power in the coming years. So, we need the pipeline for our future energy supply,” she said.

The German Eastern Business Association warned that a taboo would be broken if the pipeline remains uncompleted due to US sanctions. “Much more is at stake than a single economic project; the US measures would be a fundamental attack on our sovereignty and the EU's self-respect,” stated the association’s chairman, Oliver Hermes. “If we don't clearly put a stop to this, we will risk becoming the permanent plaything of powers outside of Europe.” The German government should work with the EU to establish instruments to prevent such interventions in the future, he continued.

Figures from the Opposition parties are also calling for a harder line from the German government, which wants to stick with the partnership with Russia to complete the pipeline but has yet to announce any retaliatory measures against the US. Former Environment Minister Jürgen Trittin, who currently sits on the Foreign Affairs Committee in the federal parliament for the Greens, described the US sanctions as “totally unacceptable” and an “aggressive measure.” They aim “evidently to achieve one goal only; they aim to encourage the energy predominance of the US.” Chancellor Angela Merkel (CDU) and the EU Commission must now provide a “clear response.” Protest letters are inadequate, he added.

Left Party representatives were no less aggressive. “It is a totally unacceptable act and a low point in Transatlantic relations for the US to threaten companies involved in the completion of Nord Stream 2 with crippling sanctions,” parliamentary group leader Dietmar Bartsch told the German news agency dpa. He expects the German government not to leave this “economic warfare” unopposed and respond with countersanctions.

Former Left Party leader Klaus Ernst, who now heads the powerful Economy Committee in the federal parliament, stated, “The German government must immediately resist the US threatened sanctions with all diplomatic methods, including robust retaliatory measures.” The US’s actions show “once again that Europe and Germany must emancipate themselves from the United States in foreign, economic, and security policy.” In an “emerging multipolar world order, the EU and Germany must be flexible, acting on an issue-by-issue basis and according to their interests with different partners, instead of displaying blind loyalty to the United States.”

The aggressive bipartisan action of the ruling elite in the United States and the German government's similarly firm response make clear that the conflicts between Berlin and Washington are not simply intensifying due to President Trump but have deep objective roots. Thirty years after German reunification and the dissolution of the Soviet Union, the conflicts between the imperialist powers, which twice during the 20th century led to world wars, are erupting into the open once again. This applies not only to the conflicts between Germany and the United States, but to those between the European powers themselves.

In an interview with the largest-selling German Sunday newspaper Bild am Sonntag, the US ambassador to Germany, Richard Grenell, provocatively claimed that “the sanctions are a very pro-European decision.” “15 European countries, the European Commission and the European Parliament” had “all expressed their concerns about the project.” In Germany, “people are currently talking about doing more for Europe and we believe that when it comes to Nord Stream 2, we have taken an extremely pro-European position. I have been hearing all day from European diplomats thanking me for taking this action.”

Grenell is obviously alluding primarily to the Polish government and the Baltic States. They had vehemently rejected the pipeline project, which is now almost completed, from the outset because they feared a German-Russian rapprochement at their expense. For example, in 2006 the then Foreign Minister Radoslaw Sikorski had already compared the contract for the construction of Nordstream 1 with the Hitler-Stalin Pact. There has also been repeated criticism among the Southeast European states. In 2014-15, in the course of the sanctions against Russia in the midst of the Ukraine crisis, they had dropped the competing South Stream project after massive German pressure. Now they have been accusing Berlin of duplicity, because it is following the completion of Nordstream 2 all the more determinedly.

What Grenell and the USA understand by an “extremely pro-European position” is clear. Despite their fierce internal conflicts, Democrats and Republicans agree to intensify the war course against Russia and China, whipping all European powers in line and subordinating them to the interests of American imperialism. “You see, this is a longstanding US policy that goes back to the Obama administration,” Grenell told Bild am Sonntag. The aim has "always been to ensure that no one country or source can build up too strong an influence on Europe through energy.”

Already at the last NATO summit in London at the beginning of December, the focus was on a massive rearmament of the military alliance, which is recklessly directed against the two Eurasian nuclear powers. The military exercise Defender 2020, scheduled for early next year, will not only involve the deployment of a NATO flotilla in the South China Sea, but above all a massive exercise to prepare for a war against Russia in Europe. The US Army will send 20,000 soldiers across the Atlantic to Eastern Europe. A total of 37,000 soldiers, 70 ships, 150 aircraft and 10,000 ground vehicles will take part in NATO's largest military exercise since the end of the Cold War.

In 2014 the German government, together with the USA, supported the right-wing coup against pro-Russian President Viktor Yanukovich in Ukraine and is participating in the NATO military build-up against Russia. However, it is trying to avoid an open war with Moscow over Ukraine, which could turn the whole of Europe into a nuclear battlefield. In his book “Neuvermessungen” (Re-Measurements), published in 2017, the then German Foreign Minister Sigmar Gabriel (SPD) writes that “with the Minsk Accord, France and Germany, on behalf of Europe, while not resolving an escalating conflict, curbed it significantly for the first time,” and had done so “without the United States.”

Washington, at that time, had been “close to…supplying weapons to Ukraine,” Gabriel stated. “With the cynical idea that although Russia could not be defeated militarily, it would be pressured into peace talks more rapidly if it paid a high ‘price in blood’. The war in Ukraine would have become a war over Ukraine.” But Europe was “grown up enough…to foresee this and to let Germany and France negotiate.”

Two years later the situation has worsened enormously. While Berlin and Paris (despite their own conflicts) are pressing ahead with the development of an independent European foreign and war policy—potentially in a temporary alliance with Moscow—influential circles in the USA are pushing for a military confrontation with Russia. The Democrats criticize Trump in the impeachment process for undermining "our national security by withholding military assistance to a country [Ukraine] that has been voted on by the Congress of the United States—to the benefit of the Russians.”

There is an inescapable logic to the policy towards trade war and war, which in the end is supported by all factions and parties of the ruling class in all the imperialist countries. As in the first half of the 20th century, the rivalry between the imperialist powers over energy and raw materials, profits and geostrategic zones of influence are once again threatening a war between the great powers, unless the international working class intervenes with its own independent socialist strategy and puts a stop to all capitalist war plans.