The demonstrations are occurring in defiance of police repression by the All India Anna Dravida Munnetra Kazhagam (AIADMK)-led state government. The AIADMK is an ally of the BJP and its parliamentary support was instrumental in ensuring the CAA was passed in the Rajya Sabha, the upper house of India’s national parliament. 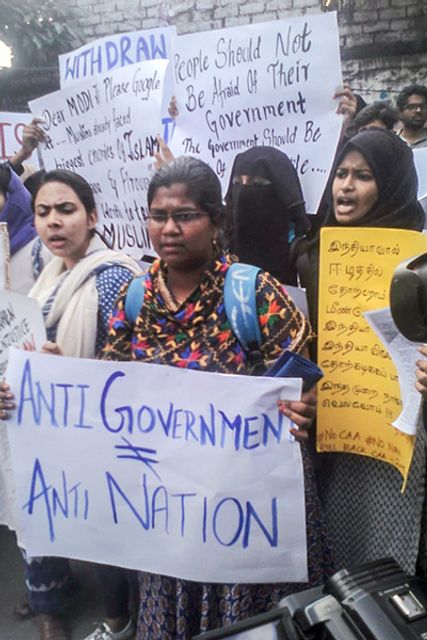 A section of the Valluvarkottam protest

Under the CAA, citizenship will be granted to non-Muslim immigrants who came to India before 2015 from Pakistan, Bangladesh and Afghanistan. This facility, however, is denied to all Muslim immigrants from these countries and anyone from other nations in the region, including Tamils who fled the racialist civil war in Sri Lanka and Rohingya from Myanmar who face brutal military persecution in that country. It is the first time citizenship will be determined on a religious basis since India’s formal independence in 1947.

The CAA is being implemented alongside a nationwide extension of the National Register of Citizens (NRC) announced by BJP’s Home Minister Amit Shah. Under the NRC, all 1.3 billion Indian citizens must provide documentary proof of their citizenship to the satisfaction of government authorities. Those who will fail to do so will be declared “non-citizens” and face the threat of detention and eventual expulsion.

Protests against the CAA and the NRC were held in many Tamil Nadu cities, including Coimbatore, Vellore, Trichy, Madurai and Chennai, the state capital over the past week. Students from several university colleges, including Madras University, New College, Mohammed Sathak College and IIT Chennai, have participated.

On December 19, hundreds of people demonstrated against the CAA and NRC at Valluvar Kottam in Chennai, demanding an immediate roll back of the measures. Chennai police authorities are taking legal action against 600 people, including well-known actor Siddharth, musician T.M. Krishna, and various opposition politicians for holding the protest, which they claim was illegal.

The protest was organised in defiance of state government and police bans. In a clear attempt to intimidate participants the Madras high court ordered Chennai police to video, including via drones, all those participating in the demonstration. Policemen were seen videotaping the rally from high rise buildings. 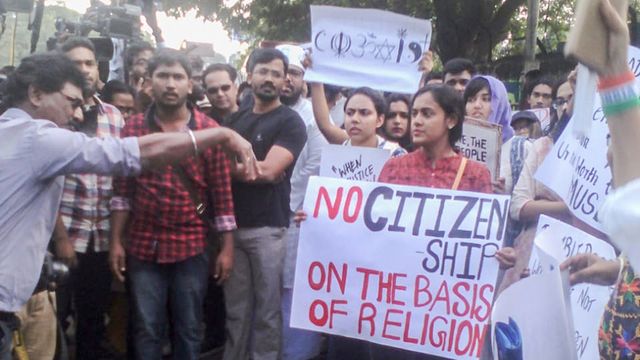 On December 26, nearly 200 people took part in a protest picket organised by the CPM and CPI, the Maoist People’s Democratic Youth League, Dravidar Kazhagam and the Tamil nationalist May 17 movement at Chepauk stadium in Chennai.

The role of the opposition parties in the anti-CAA rallies has nothing to do with mobilising popular opposition against BJP’s Hindu supremacist measures, but rather is to contain and divert the mass movement. These organisations have never taken a principled stand against communalism.

In the past, the DMK has established electoral alliances with the BJP and joined the national coalition governments led by this Hindu supremacist party.

Likewise, the Congress party has a long record of conniving with the Hindu supremacists. This includes their joint collaboration with the departing British colonial rulers in communal partition of then British India into a Muslim Pakistan and a Hindu-dominated India in 1947, through to Congress’s recent decision to form a government with the fascistic Shiv Sena in the western state of Maharashtra.

The CPM and CPI are actively working with Congress to channel the mass anti-CAA protests behind this big business party and falsely promote it as the main “secular” bulwark against communal BJP. 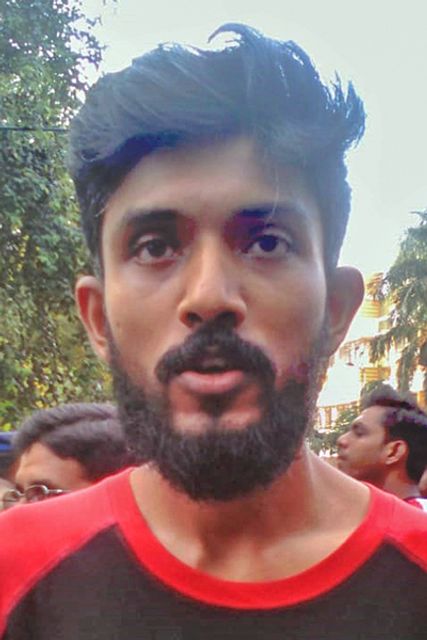 In a brief speech to the December 26 protest, CPM state leader in Tamil Nadu, Bala Krishnan, appealed to Indian nationalism and Tamil Nadu regionalism, declaring, “This protest is to defend the nation. Edapadi [Tamil Nadu chief minister] is planning to destroy Tamil Nadu.”

Krishnan called on the chief ministers from 11 Indian states who claim to oppose the CAA to unite and portrayed them as “secular forces” despite their long-established records of collaboration with the Hindu right.

WSWS reporters intervened in the anti-CAA protests in Chennai on December 19 and 26, distributing hundreds of Tamil-language copies of WSWS articles on the BJP’s Hindu supremacist measures.

Ashwin, 29, denounced the communalist laws. “I oppose NRC and CAA because they’re aimed at expelling Muslims from India. The new laws only target Muslims and not other religious minorities,” he said. “I am very much opposed to dividing people based on religious communalism. I want to be a global citizen and internationalist.”

Tharun, 19, said: “India is a secular country and Muslims have been living here in harmony with other communities for years. The BJP is now threatening their safety and this can cause a war-like situation to occur. What happened to the Jews in Germany under Hitler can happen to the Muslims in India.” 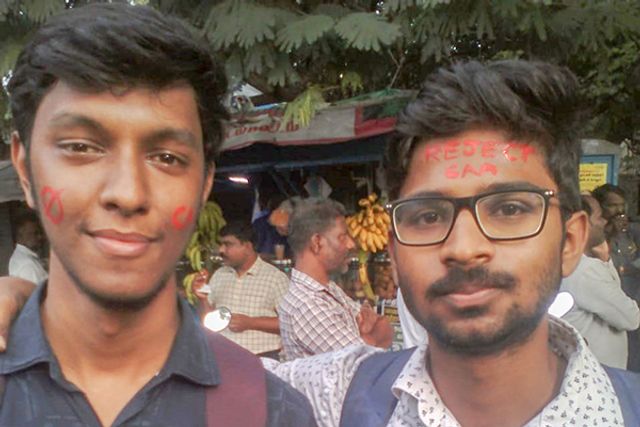 Alam Shah, 28, who works in the cinema industry, said: “The central government is discriminating against Muslims. I’m afraid because I’m a practising Muslim. What we see is not only an increase in communalism but an increasing social crisis.

“I agree with your program of mobilising the working class against both communalism and capitalism. It’s correct to say the root cause of communalism and the danger of war between India and Pakistan was the 1947 partition.” 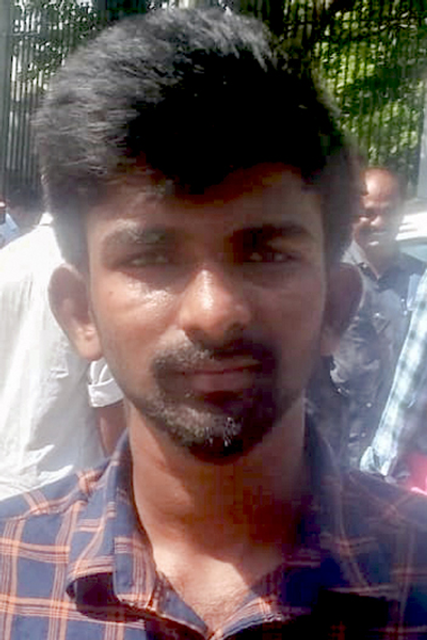 Gautam, 26, a university student, said: “When we protested inside the Madras university campus we were denied our basic rights and the police brutally attacked us. They shut down the bathrooms and closed the college gates to try and stop us protesting.

“The new laws not only impact on Muslims but also Sri Lankan Tamils. The Modi government has created detention centres, which will be like jails for refugees. I agree that the only way to fight state repression is by uniting the working class.”

Isakki, 25, a student, said: “I agree that 1947 partition was a betrayal of the working class but thought the Indian constitution was secular and democratic until you explained that the constitution was created out of communal killing of two million people.” He voiced his agreement with the WSWS’s struggle to unite workers across all religious, caste and linguistic differences.