Agents: The FBI and GPU Infiltration of the Trotskyist Movement by Eric London – How Leon Trotsky’s Assassination was prepared 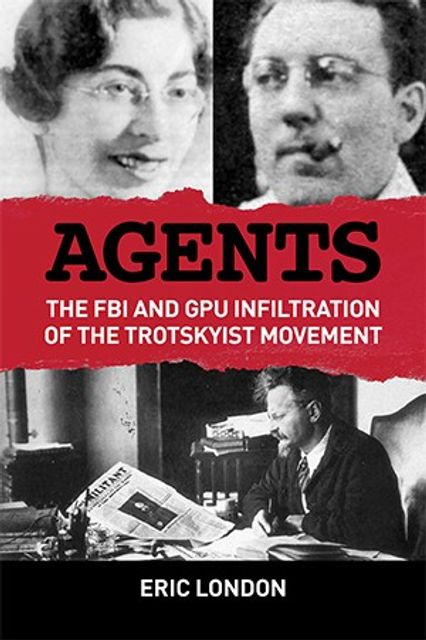 Agents: The FBI and GPU Infiltration of the Trotskyist Movement, by Eric London, tells the story of how the Stalinist secret police infiltrated the Fourth International and assassinated Leon Trotsky in August 1940 in Coyoacan, Mexico. Trotsky’s assassination robbed the world working class of the greatest living representative of the 1917 Russian Revolution.

Agents brings together material from many sources – trial transcripts, grand jury testimony, archival material, and FBI records surrounding the US government’s 1941 prosecution of 29 members of the Socialist Workers Party on charges of sedition. The book also draws from a recent book by historian Donna T. Haverty-Stacke on the trial of the Trotskyists.

The author, Eric London, is a regular writer for the World Socialist Web Site and a member of the Political Committee of the Socialist Equality Party (US).

This is the last week to buy Agents for the 50 percent-off price of $8.48! Take advantage of the last week of our big sale on Mehring publications. The sale ends at midnight (EST) Sunday, January 5, 2020.

Security and the Fourth International