Share market boom masks another financial crisis in the making

Wall Street stock market indexes are set to finish the year at or near record highs in marked contrast to the end of 2018 when they experienced their worst December since 1931 in the midst of the Great Depression.

The rise and rise of stock prices over the course of the year—the S&P 500 is up by more than 29 percent—has been the principal factor in the further escalation of the wealth of the ultra-rich with Bloomberg reporting that their net worth has risen by $1.25 trillion, or 25 percent. 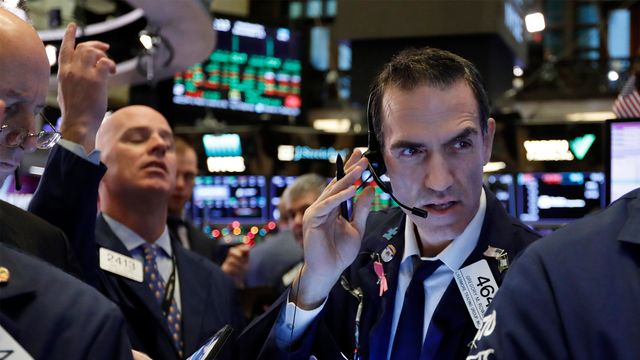 The escalation of the financial markets, however, is not an expression of economic health. Rather, the social disease of ever-rising inequality, coupled with worsening wages and living standards for millions, is the contradictory expression of a gathering crisis located at the very heart of the financial system itself.

The year 2019 will go down in economic history as the great turnaround when the world’s major central banks gave up on their attempt to return to “normal” monetary policy after pumping trillions of dollars into the global financial system in response to the crisis of 2008–9.

These extraordinary actions, rewarding the very banks and financial institutions whose speculative and in some cases outright criminal activities had sparked the crisis, were justified on the basis that they were necessary to save the entire system. When the crisis passed, it was maintained, such “unconventional” monetary policies would cease and there would be a return to “normal.”

But it has become clear over the course of the past decade that this day will never come because, like a drug addict, the entire global financial system has become completely dependent on the supply of ultra-cheap money for the accumulation of profit.

To give the US Federal Reserve its due it did make an attempt to at least restrict the supply. It carried out four interest rates rises in 2018, on the back of a slight upturn in the US and global economy and foreshadowed more of the same in 2019. It even committed itself to start winding down its massive holdings of financial assets which, as a result of quantitative easing, had expanded to more than $4 trillion from $800 billion in 2007.

The violent reaction of Wall Street to these measures at the end of 2018, amid denunciations of the Fed by President Trump, meant that even these limited measures were shelved. The underlying weakness of the US economy and the fragility of the financial system, where corporate debt has risen close to a record $10 trillion (equivalent to 47 percent of the total economy) and some 50 percent of corporate bonds are rated at BBB (just above junk status), meant it could not sustain a base interest rate above the historically low rate of 2.5 percent.

Fed chairman Powell started the year by making clear there would be no rates rises and in July made the first of what were to be three interest rate cuts for the year. The winding down of asset holdings was halted. These actions have been duplicated by the European Central Bank which has further cut its base interest this year and resumed its asset purchases, adding to the €2.6 trillion stock it already holds, while the Bank of Japan continues its quantitative easing program.

The Fed has not officially resumed quantitative easing but it has intervened aggressively in the short-term financial market following a spike in the overnight repo rate last September. The repo market is crucial to the day-to-day functioning of the financial system as financial institutions borrow money overnight to close their books at the end of the trading day. Under normal conditions, the repo interest rate tracks the Fed’s base rate. But in mid-September it spiked to as high as 10 percent.

Since then the Fed has intervened to the tune of hundreds of billions of dollars and reversed more than half the previous reduction of its asset portfolio.

One of the most significant effects of central bank policy has been in the market for government bonds. It has been said that 2019 was the year when bond market logic was turned on its head. Bond markets have traditionally functioned as an arena for virtually risk-free investment at a relatively low rate of return. Their operations have formed the basis for investments by pension funds and insurance companies that have to balance their long-term liabilities with secure assets.

But in the middle of this year the mass of bonds yielding negative yields reached $17 trillion. Since then the amount of bonds with negative yields has fallen to $12 trillion, but this is still far beyond anything that has occurred in the past.

A negative yield occurs when the price of a bond in the market has gone so high that if an investor purchased it and held it to maturity they would make a loss. Of course, under those conditions investors do not buy bonds in order to hold them to maturity. They do so in anticipation that prices will rise even further and they will be able to sell them and make a capital gain. And the converse applies. If interest rates rise and the price of the bond falls (the two move in the opposite direction) the investors will make a loss.

The emergence of negative yields in bond markets as a result of central bank monetary policies is the expression of a financial bubble in an area of the market that had previously provided some stability.

In a recent comment on Bloomberg entitled “When the ultimate refuge turns risky,” financial analyst Satyaijit Das noted: “Until the financial crisis of 2008, government bonds were the traditional haven for investors. More than a decade on, their nature has fundamentally changed. In any future crisis, sovereign debt will be a propagator of risk rather than a refuge.”

He warned that despite record low interest rates and low inflation the risk on these supposedly safe assets was increasing. Once they provided risk-free returns. Now, with yields at record lows, they provide only return-free risks.

The danger is that problems in the credit worthiness of government bonds of any country can rapidly be transmitted throughout the financial system as losses on bond holdings create selling pressure leading to rising debt costs. In a recent report, the World Bank pointed to a “global debt wave” that had led to the growth of debt in emerging market economies to a “towering” $55 trillion—the largest in history. Emerging markets are not the only source of potential instability. In the advanced economies government debt has risen to more than 100 percent of gross domestic product compared to 70 percent in 2007.

The significance of the debt bubble in government bonds emerges in clearer focus when it is viewed in the context of the financial crises of the past three decades. The stock market crash of October 1987, when Wall Street experienced its largest one day fall in history, was the result of a share price bubble. Then came the Asian crisis of 1997–98, set off by an emerging market bubble. It was followed by the collapse of the tech bubble in the early 2000s and then the financial crash of 2008–9, sparked by a bubble in the housing market which resulted in a crisis with the onset of recessionary trends at the end of 2007.

Now there is a bubble in the market for government bonds, which in previous periods has functioned as the bedrock of the financial system. Moreover, the world’s major central banks are directly involved because of their purchases of government bonds over the past decade. As Das noted: “It is ironic that actions taken to preserve the system and a key instrument—government bonds—now pose a key threat to financial stability.”

The financial oligarchy go into the New Year celebrating their massive accumulation of wealth and the so-called mainstream media will continue to maintain the fiction that the US and, by extension, the global economy, remain sound. But the reality is that the seeds of another financial catastrophe have not only been planted but are rapidly germinating.