This Week in History: December 30 - January 5

On January 4, 1995, the State of Texas put Jesse Dewayne Jacobs to death for a murder which its own law enforcement officials admitted he did not commit. 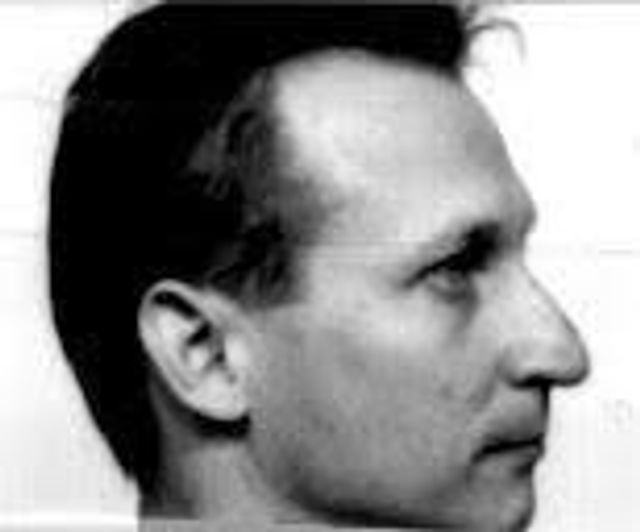 Jacobs, a former mechanic from Oklahoma, originally confessed to the 1986 murder of Etta Ann Urdiales, 25, the one-time wife of his sister’s boyfriend. He later admitted that he confessed to the crime in order to protect his sister, Bobbie Jean Hogan—the actual killer—and to avoid spending the rest of his life in prison. He claimed he was not in the house when the victim was shot.

At Hogan’s trial prosecutors accepted Jacobs’ version that he did not pull the trigger, and his sister was convicted of involuntary manslaughter and sentenced to 10 years in prison. Despite this, the US Supreme Court, on votes of six to three, twice rejected Jacobs’ motions for a stay of execution, maintaining in a decision handed down January 2 that it could not overturn his jury’s determination on fact.

Jacobs was executed January 4 by lethal injection. In the death chamber the 44-year-old declared: “I have committed a lot of sins in my life. Maybe I do deserve this. But I am not guilty of this crime.”

“One of the fundamental tenets of our criminal justice system is that prosecutors must be bound to seek the truth and live by it, whether that leads to convictions or acquittals,” Dick Burr, litigation director for the federally financed Texas Resource Center, told the press. “The really troublesome thing to me that this case raises is the failure of the United States Supreme Court to protect that principle.”

State Attorney General Dan Morales argued: “The jury did not issue some technical finding that the defendant, rather than his accomplice, pulled the trigger. In the jury’s mind, that was inconsequential.”

50 years ago: The murder of miners’ leader Joseph Yablonski

On January 5, 1970, the bodies of Joseph (Jock) Yablonski, and his wife and daughter were discovered in their isolated home in a rural area of southwestern Pennsylvania. All three had been shot to death in the early hours of December 31, 1969 by three gunmen acting as contract killers for United Mine Workers President Tony Boyle.

Yablonski had been the president of the United Mine Workers (UMW) local district 5 and had recently lost an election to Boyle for the national presidency of the UMW. It would later be revealed that the results of the election had been rigged in Boyle’s favor. 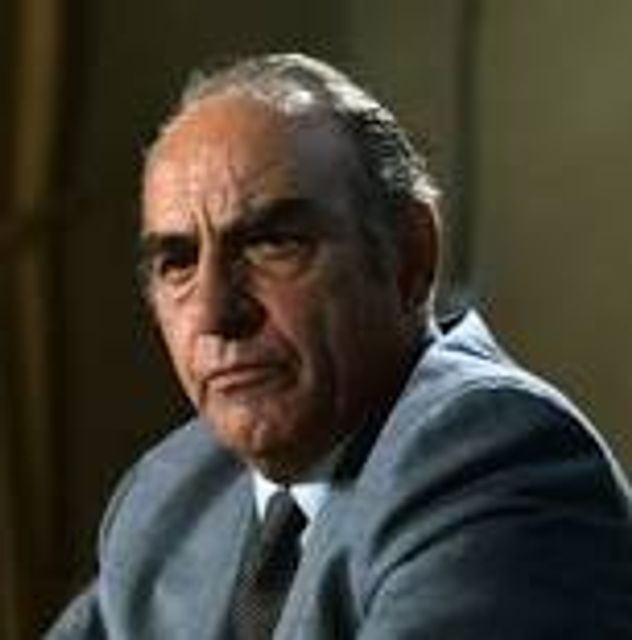 The son of Polish immigrants, Yablonski began working in Pennsylvania mines at a young age. He became active in the UMW after his father had been killed in an explosion in the mine. He was elected to his first union office in 1934 and was appointed to head UMW district 5 in 1958 but was removed from his position by Boyle in 1963.

By 1969 Boyle had become widely despised among the rank-and-file workers. As president he stripped away at any democratic process of the union and was known to threaten workers who filed grievances against the company. Workers became particularly hostile to Boyle after the 1968 Farmington Mine disaster where 78 miners died after a massive explosion. Boyle essentially took no action after the disaster and helped clear the mine owners of any wrongdoing.

Yablonski challenged Boyle for the UMW presidency in 1969 and ran on a reformist platform calling for more democracy in the union and more power to local unions in electing their leaderships. The results of the election December 9, 1969 showed Boyle to be the winner by such a wide margin that corruption in the election process was immediately assumed. Yablonski began a campaign to expose the election results, filing lawsuits against the UMW and asking the Department of Labor to investigate.

After it was clear that the investigation would bring Boyle down, the UMW president hired three gunmen for a total of $20,000 embezzled from union funds to kill Yablonski. After news of the murder became public, over 20,000 mine workers began wildcat strikes to demand justice for Yablonski and democratic reforms in the union.

While officials dragged their feet on the investigation into the election fraud before Yablonski’s death, with the threat of a miners’ rebellion at hand, the federal government stepped in to block an explosion. In 1971, Boyle was indicted for embezzling union funds and the results of the 1969 election were thrown out. In 1973 Boyle was arrested for the murders of the Yablonskis and given three life sentences. He would die in prison in 1980.

In the first days of January 1945, Allied troops won a victory over the German army in the Battle of Bure, fought over control of the strategically significant Belgian town. The conflict was part of a broader struggle for supremacy of the towns of Dinant, Rochefort and Grupont, and must of Belgium to their east.

On December 16, 1944, the German Third Reich had launched its last major offensive on the western front, dubbed the Battle of the Bulge or the Ardennes Counteroffensive. It involved a coordinated surprise attack, initially targeting Luxembourg, northeast France and eastern Belgium. 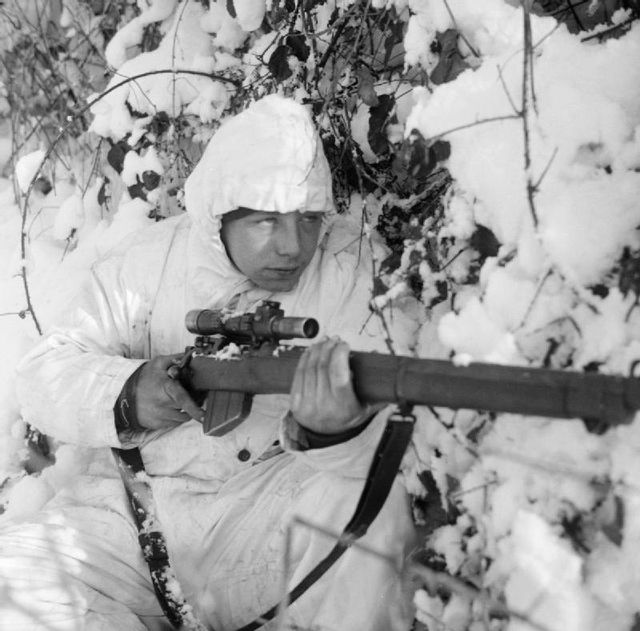 A camouflaged American sniper during the Battle of the Bulge

The offensive, involving almost half a million German troops, initially caught the Allies by surprise. Over the course of six weeks, it would result in 89,500 US troops being killed, wounded or captured, the largest toll suffered by American soldiers in any battle of the war.

In late December, British and US troops had consolidated defensive lines along the River Meuse, and had begun preparations for a counterattack. The British Fifth Parachute Brigade, supported by several British and Belgian divisions, was assigned the task of capturing Bure and the neighboring town of Grupont, before crossing the River Lomme, in the first stage of campaign to roll back German territorial gains in Belgium.

The attack on German positions in Bure began on January 3. British troops were met by mortar and machine-gun fire. Over the following days, the Allies succeeded in gaining several footholds in the heavily fortified town. They were repeatedly hit by German counterattacks, however, leading to heavy casualties. On January 5, a British offensive succeeded in removing most of the German troops from the village, before further fighting in the evening led to the expulsion of the last Nazi redoubt.

At the same time, Allied troops captured the town of Grupont after encountering only limited resistance, meaning that the immediate goals of the offensive had been met.

100 years ago: Second wave of US government raids against socialists and anarchists

On January 2, US Attorney General A. Mitchell Palmer began a second round of raids against socialist, communist and anarchist organizations. The first wave of arrests had occurred in on November 2, the second anniversary of the Russian Revolution.

Over the next six weeks, meetings of left-wing organizations were raided, with all participants arrested. The Immigration Law of 1918 was used to find and expel immigrant workers with left-wing beliefs. J. Edgar Hoover, Palmer’s chief henchman and future head of the FBI, organized the second wave of arrests and sought to ensure that those detained were not informed of their right to a lawyer. 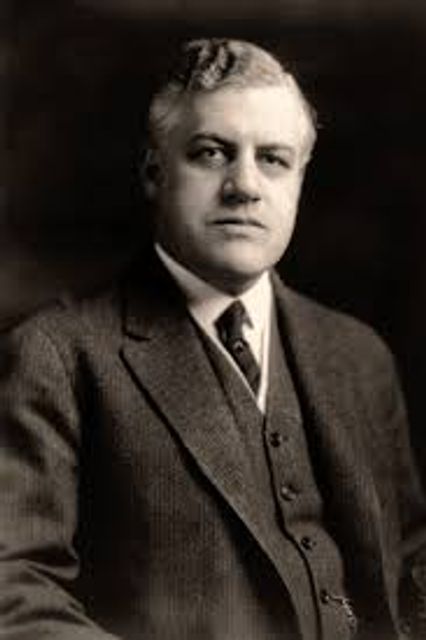 Over 3,000 people were arrested and hundreds deported. The raids occurred during a working-class upsurge around the world throughout 1919. The Soviet Red Army was fighting on six fronts against imperialist intervention and counterrevolutionary armies. Soviet republics had been established in Hungary and Bavaria. General strikes had paralyzed Glasgow, Scotland, and Winnipeg, Canada. The US had seen the six-day Seattle General Strike in February and steelworkers had been on strike since September. November witnessed the mass strike of 400,000 coal miners and the occupation of coal fields by federal troops in several states.

The year had also seen the formation of two Communist parties in the US that supported the Communist International, which had been founded in Moscow in March.

Historian Paul M. Buhle noted of the raids in January: “Major [Communist] leaders faced multiple indictments, and ordinary activists expected to be arrested at any time. In effect, the Communist movement was at best semilegal until the mid-1920s, when a general abandonment of prosecution surprised many who had anticipated living out long sentences or entering and reentering jail and exile much of the rest of their lives.”