Even the onset of the NHS’s now-annual “winter crisis,” a heightened expression of a year-round crisis, senior doctors’ representatives warned that the health service was “on its knees.” 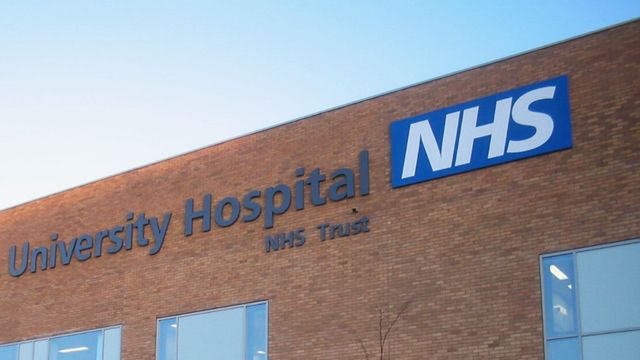 Figures compiled by NHS England found that in November the health service missed all targets for Accident and Emergency (A&E) care, operations and cancer treatment.

A record low 71 percent of patients who attended a hospital-based A&E unit were seen and discharged, admitted or transferred within the four hours waiting-time target. Not a single major A&E department in England met the four-hour target, with 88,923 patients waiting more than four hours from a decision to admit to hospital admission—64 percent higher than last November. Compared with 258 in November 2018, 1,112 patients were forced to wait more than 12 hours, a 331 percent increase.

There were 2.14 million attendances in November 2019, 5.2 percent more than in November 2018. Hospitals are running at near total capacity, with bed occupancy at 95 percent. This is well above the 85 percent considered safe by doctors.

Winter brings more people into hospital, meaning the NHS running at levels that cannot be safe. Nuffield Trust chief executive Nigel Edwards stated his concern that bed occupancy was at “a level which will make it near impossible to admit many patients in need on to the right ward.”

Cases of flu are being reported earlier than last year, while norovirus cases are already double what they were in 2018, according to Miriam Deakin, the director of policy and strategy at NHS Providers, representing NHS trusts. Earlier this month, a spate of norovirus cases resulted in the NHS having to close more than 1,100 beds. The Guardian noted that Southampton general hospital had to shut 32 beds in five wards, and closed an entire ward to new admissions, while Reading’s Royal Berkshire hospital shut four wards to contain the virus.

Figures on people requesting to be seen as emergencies and being admitted as an emergency case in A&E were both at record highs last month, while those waiting for a non-urgent operation (such as knee and hip replacements) rose to 4.45 million—another record high.

David Maguire, the senior analyst of the Kings Fund, told the Daily Express, “We are looking at any performance at its worst since records began. … Hospitals are constantly operating in the red zone, with NHS trusts struggling to cope with more than 100,000 [staff] vacancies.”

In Scotland, NHS figures were the worst for almost two years. By the first week of December, just 81.2 percent of A&E patients were either admitted, transferred or discharged within 4 hours, as 336 patients spent more than 12 hours waiting in A&E.

The statistics came out on December 13, the day after Conservative leader Boris Johnson was elected in a landslide due to a collapse in Labour’s vote. Dr. Chaand Nagpaul, chair of the British Medical Association, commented, “Day one of the new government and another set of stark NHS performance figures. They are not inheriting a problem, they created this problem. …”

Niall Dickson, chief executive of the NHS Confederation, said, “These figures show an NHS on its knees and it is no wonder that most leaders predict that this winter will be the worst on record. … More and more patients are turning up at emergency departments and there is a limit as to how many they can cope with.”

The extent of the NHS crisis is highlighted by at least three hospitals being forced to declare a black alert this month—an admission that they have run out of beds and cannot cope with any new admissions. Last January, 23 out of 145 NHS acute hospital trusts and ambulance trusts declared black alerts.

Cuts, underfunding and understaffing are reaping a terrible human cost, with many needlessly dying or suffering life-threatening diseases and illnesses that could have been contained if acted upon earlier.

There are eight NHS-wide targets for cancer treatment, but overwhelmed hospitals only managed to meet three of these last month.

Last month, the Health Service Journal reported the findings of a review of ophthalmology at 120 NHS trusts in England. Carried out by Alison Davis, from Moorfields Eye Hospital in London, and Professor Carrie MacEwen, from Ninewells Hospital in Dundee, it found that 27 trusts admitted having delayed appointments for more than 1,000 glaucoma patients in the past 12 months. Sixteen trusts delayed appointments for more than 500 patients. Almost half a million people in England have the most common form of glaucoma and timely follow-up appointments are necessary to avoid the risk of blindness. According to a 2017 survey by the British Ophthalmological Surveillance Unit, up to 22 people a month were suffering permanent and severe sight loss due to NHS delays.

Other surveys point to the detrimental impact of NHS staff being chronically overworked. Last week, the British Medical Association in Scotland published findings that three quarters of its members believed their workload had a negative impact on their health and well-being in the past year. Eighty-three percent of those who responded saw their workload increase, and 80 percent reported that they “often or always” worked beyond their designated hours.

The previous month, a Royal College of Nursing study found 6 in 10 nurses felt they were not able to provide the level of care they wanted to. With 43,000 unfilled vacancies, the NHS is being forced to operate with one of the lowest proportion of nurses per patients in the Western world. According to the British Medical Journal, among the richest nations, there were 9.3 nurses, on average, for every 1,000 people. In the UK, there are just 7.8, compared to 12.9 in Germany.

District nursing, without which the NHS cannot function, is at the point of collapse. The number of NHS district nurses has fallen from more than 7,000 to just over 4,000 in a decade. One in five staff are working an extra day of unpaid overtime every week to try to meet growing demand.

Even the Tories’ reactionary policy to cut hospital stays by having more patients treated at home cannot work due to the systematic undermining of district nursing. Patient safety is being constantly threatened. The Queen’s Nursing Institute (QNI) found that 48 percent of district nursing teams were delaying either visits or care on a daily basis, with 75 percent reporting their teams have vacancies and frozen posts. Just 500 district nurses were being trained annually over the last three years.

QNI chief executive Crystal Oldman said, “[T]he pressures we are under mean that without a coherent workforce plan for district nursing the NHS long-term plan will be undeliverable…hospitals already under pressure would be under even greater pressure if people can’t be cared for in their own homes and communities.”

During the election campaign, both the Labour Party and the Tories claimed that the NHS was “safe” in their hands, despite both offering spending “increases” that would barely keep the NHS operating at its present chronic level. Both parties offered spending at a level below the average 4.1 percent a year spent by governments throughout most of the 71 years of the NHS’s existence. Under the 2010-­­­­2015 Tory-Liberal Democrat coalition, NHS spending growth was slashed to an average of just 1.3 percent a year.

Despite electioneering pledges from Johnson that the NHS will never be sold off to the private sector, including to US corporations who want their slice of the £144 billion NHS budget, and bogus claims that he will recruit another 50,000 nurses, austerity cuts will continue to rain down unabated. The impact on the NHS will be catastrophic.

The Dirty War on the National Health Service: John Pilger documentary “goes to the heart of the struggle for democracy today”