It was an especially difficult and challenging year for popular music, dominated by the contradiction between the self-absorption and disorientation of the official musical world and growing signs of global popular opposition.

Recently, for example, an album by rapper Roddy Ricch called Please Excuse Me for Being Antisocial debuted at the top of the Billboard Charts. That alone indicates some of the problems at the heights of the music industry.

Unfortunately, moreover, a survey of a good many “serious” albums released in 2019 provided little relief. Even a small sampling of these will leave the critical listener feeling almost as sad and bored as the performers themselves appear to be. Cooing in whisper-soft ASMR voices, one performer after another looks so far inward that one is surprised they haven’t turned themselves inside out. The title of an album released by musician Jonathan Something could serve as a comment on a good deal of contemporary music: Art So Small You Can Hardly See It. 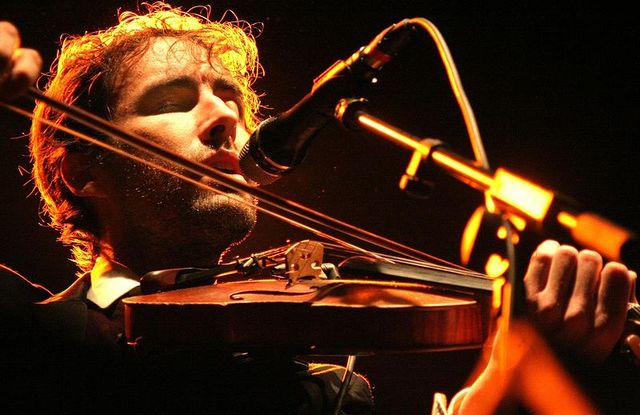 There is clearly an abundance of dissatisfaction with the existing state of things, as there must be. But this dissatisfaction is still too often drowned in resignation or suffers from a lack of confidence.

It is high time we had a few singers who know how to fill their lungs with air and sing good and loud about something that matters. They will come.

The better albums released this year are not above criticism. Those artists who look to the past for more genuine and honest music often emulate their influences a little too closely. Some are vivid lyricists who write richly detailed verses while still failing to capture the essence of a thing. The more direct attempts at social criticism are often strained. Love songs—those that are genuinely passionate and revealing of something more significant than the artist’s own life—tend to carry more weight at the moment. 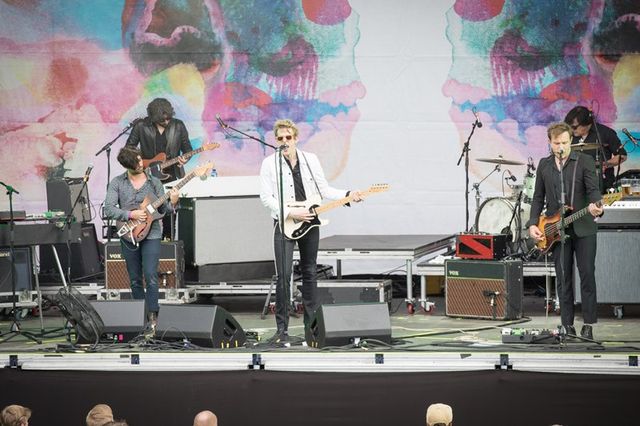 The albums below are among the more truthful and entertaining of the year.

This year I returned most frequently to the albums My Finest Work Yet by Andrew Bird, Everything Hits at Once by Spoon, and—a classical recording— Franz Schubert: Sonatas & Impromptus by András Schiff.

Other albums worth hearing included:

Too Much Tension!—The Mystery Lights 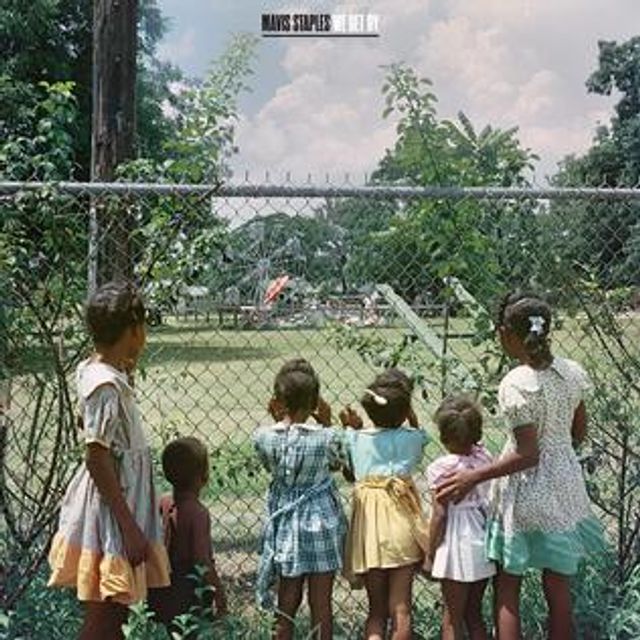 Mavis Staples We Get By

The more enjoyable albums from an otherwise difficult year included:

Legacy Alive Vol. 6 At the Side Door—Ralph Peterson & the Messenger Legacy

Songs Were Made to Sing—Mary Stallings

The strongest pop album released this year, by a somewhat wide margin in my opinion, was Andrew Bird’s My Finest Work Yet. The songs felt urgent and clear as the lyrics and musicality attempted to give serious and lively expression to the changing social and political situation. There is also an eye to the historic nature of these changes. This was not an album that was complacent, rushed or self-involved. That Bird and his band recorded the album live in the studio, interacting as a group in real time rather than using overdubs, lends the performances an added since of immediacy and humanity. 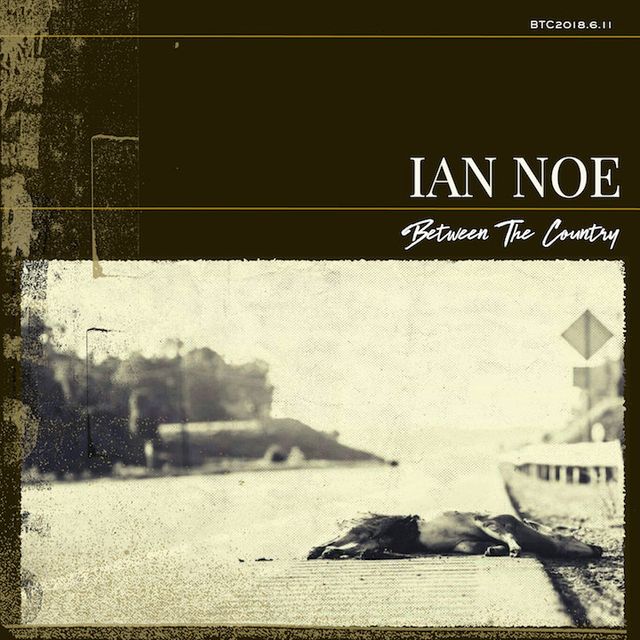 Ian Noe Between the Country

The albums produced by singer-guitarist Ian Noe, a former oil rig worker from Eastern Kentucky, and The Delines, a soulful collective out of Portland, were also unexpectedly moving. Each in its own way provided vignettes of social life that, at their best, gave a fairly honest and stirring portrayal of men and women struggling with drug addiction, poverty, joblessness and the general desperation many are faced with. Such things are often reduced to clichés and formulaic choruses in popular music, if they are addressed at all. Though not every song is a success, the majority make an impact, introducing us to faces and names that tend to linger well after the song is over.

The albums by Chicago R&B trio Sault, and the Beijing-based rock duo Gong Gong Gong (工工工), were a breath of fresh air musically, even if they were a bit raw. So little in popular music this year felt genuinely invigorating. These two groups were more successful than others in blending different vibrant musical styles, with a nod to music from around the world.

This I Dig of You—Jimmy Cobb

Of the jazz and instrumental albums I heard this year, there were a few that stood out. I am intrigued by some of the jazz musicians currently active in London. This year, Theon Cross, a tuba player, released an exciting album mixing elements of funk, hip hop and other creative rhythms with a good degree of success. The featured drummer, Moses Boyd, continues to be a highlight of the London jazz scene. 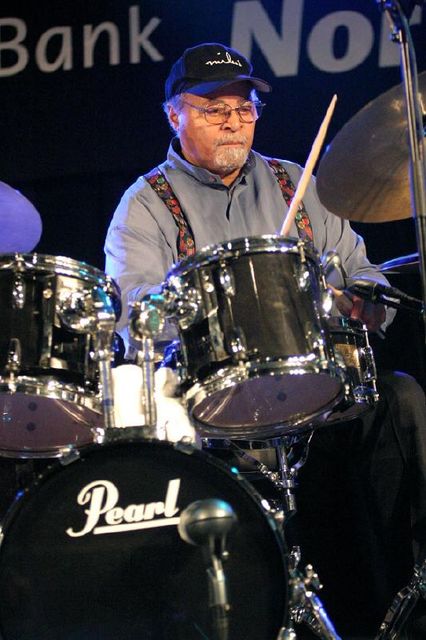 The Irish band Lankum put out an interesting folk-based album of original and cover songs, which, though a little too “experimental” at times, still managed to convey a good deal of seriousness and warmth. Certain renditions or reinterpretations of songs like “The Young People” and “The Wild Rover” were particularly striking.

The songs that stood out had a sense of urgency and openness. The band Big Thief—talented though at times very uneven—has produced intriguing individual songs over the last several years. Their confident musicality and the distinct voice of lead singer Adrianne Lenker can be striking at times, and “Not” is a good example of this. The Irish rock band Fontaines D.C. had perhaps the most invigorating rock song of the year as well, with an edge of defiance. “Up All Night” quickly catches one with its driving funkiness, and a lack of pretension—something hard to find in dance music in 2019. 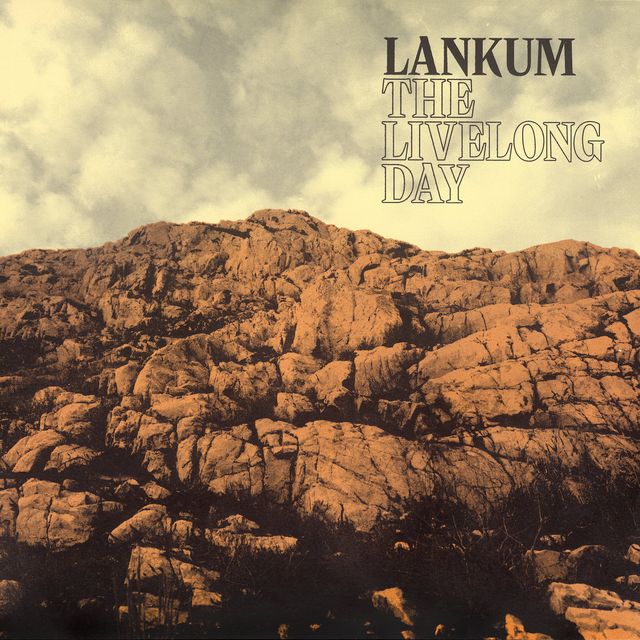 These are the albums and songs I found most interesting or moving this decade. I think the artists PJ Harvey, Frank Ocean and Andrew Bird deserve special mention for their consistence in the past decade. 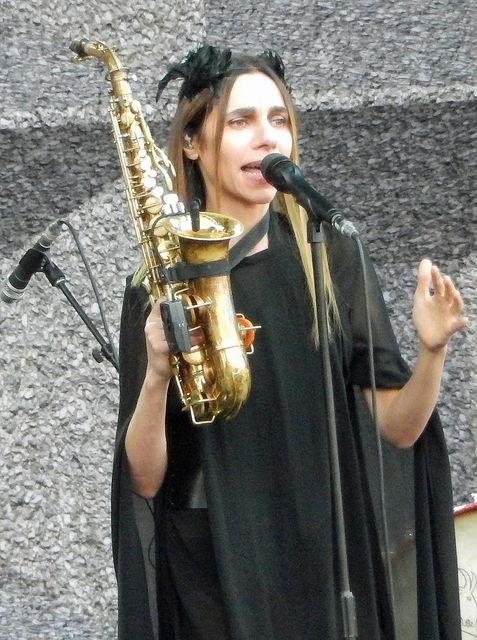 When the Heart Emerges Glistening—Ambrose Akinmusire

For Better, or Worse—John Prine

“The Words That Maketh Murder”—PJ Harvey

“I Love My Dad”—Sun Kil Moon

“My Favorite Picture of You”—Guy Clark