During the weeks of Christmas and New Year’s, three African migrants died while in the custody of two divisions of the US Department of Homeland Security.

On Saturday, December 21, a 56-year-old Nigerian man who was being held by US Immigration and Customs Enforcement (ICE) at the Worcester County Jail in Snow Hill, Maryland, was found unresponsive in his cell. He was pronounced dead at 5:23 a.m. after efforts by medical staff to revive him were unsuccessful.

ICE officials reported that Anthony Oluseye Akinyemi committed suicide within 24 hours of being convicted of sexually assaulting a minor in Baltimore City Circuit Court. The agency said, “the preliminary cause of death appears to be self-inflicted strangulation; however, the case is still under investigation.”

ICE reported that a detainer had been issued against Akinyemi in July for the assault charge. The agency also said that he had violated the terms of his entry on a non-immigrant visa into the US in December 2017. Following his conviction in Baltimore, immigration authorities moved to have Akinyemi deported. 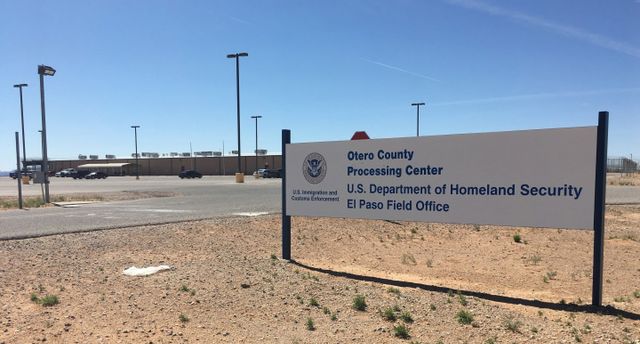 With the number of deaths at its detention facilities rapidly on the rise, ICE issued what can only be described as a boilerplate public relations statement following Akinyemi’s death: “ICE is firmly committed to the health and welfare of all those in its custody and is undertaking a comprehensive agency-wide review of this incident as it does in all such cases.”

Attempting to present the number of deaths in ICE custody in a favorable light, the statement went on, “Fatalities in ICE custody are exceedingly rare statistically and occur at a fraction of the national average for the detained population in the U.S.”

On Christmas Day, a 41-year-old Congolese woman died shortly after she entered the US border station at the Gateway to the Americas Bridge in Laredo, Texas. US Customs and Border Protection (CBP) has not yet identified the woman.

The perfunctory CBP statement on the death said that on Christmas Eve, “During initial processing, she was medically screened to include a review of paperwork she provided highlighting a previous medical condition, cleared by on-site contracted medical personnel, and transferred to the Lincoln Juarez Bridge for additional immigration processing and overnight holding.”

The CBP statement reported the woman told them on Christmas morning that “she was suffering from abdominal pain and had vomited.” The agency reported it then transported her to the Laredo Medical Center for an evaluation but, “The subject’s health declined rapidly and she passed away at the hospital.”

The agency said that, “The Webb County Medical Examiner’s Office has determined that the death is not suspicious, as the individual had a preexisting medical condition.” According to USA Today, CBP declined to answer follow-up questions about the case and the medical examiner’s office and the embassy for the Democratic Republic of the Congo in Washington, D.C., did not return messages.

The death of the Congolese woman brings to at least 11 the number of people who died in CBP custody in 2019. As was shown in the death of a 16-year-old Guatemalan boy at a CBP detention facility in Weslaco, Texas, last May, the official explanations of what has happened to those who die in US immigrant detention centers cannot be trusted. Video surveillance footage exposed that Carlos Hernández Vásquez was left on the floor unresponsive for hours and had not been checked on by staff as official reports had claimed.

On New Year’s Day, ICE reported that a 40-year-old Angolan native with French citizenship in their custody died on Sunday, December 29, at Presbyterian Hospital in Albuquerque, New Mexico. The report said that an autopsy to determine the official cause of death was pending but the preliminary cause was identified as a heart attack.

Samuelino Pitchout Mavinga, who was pronounced dead by hospital medical staff at approximately 12:20 p.m., had been brought there on December 12 for evaluation and treatment for bowel obstruction. The ICE statement said, “According to DHS records, Mavinga was admitted into the United States on Nov. 28, 2018, by immigration officials at the John F. Kennedy International Airport in New York City under the Visa Waiver Program. Under the program, he was required to depart the U.S. no later than Feb. 27, 2019.”

Mavinga had been taken into custody on November 11, 2019, by CBP and handed over to ICE the following day for “remaining in the United States for a period longer than authorized.” He was initially detained at the Otero County Processing Center in Chaparral, New Mexico, and was transferred to Torrance County Detention Facility (TCDF) in Estancia, New Mexico, on December 11 pending his removal from the US.

The official ICE statement also concludes with boilerplate PR verbiage that is designed to protect the agency from legal claims by the loved ones of the deceased, saying, “ICE’s Health Service Corps (IHSC) ensures the provision of necessary medical care services as required by ICE Performance-Based National Detention Standards and based on the medical needs of the detainee. Comprehensive medical care is provided from the moment detainees arrive and throughout the entirety of their stay.”

A recent study reported by the San Diego Union-Tribune found that the number of African migrants entering the US through Mexico has increased dramatically over the past two years. According to data provided by the US government, the number has doubled from 2,700 in 2018 to 5,800 in 2019. The majority of those coming to the US through Mexico continue be from Latin American countries.

Highlighting the shifts in migrant populations moving throughout the world, the increase in African migrants at the US southern border poses many challenges for those making the journey.

As the Union-Tribune explained: “The journey isn’t easy, many of them are robbed and beaten while traveling north. On top of these dangers, African migrants face additional obstacles in the way of language and cultural barriers. They also have less access to services from legal aid organizations who do not have staff who speak the same language as the migrants.”

In August, the Mexican government stopped issuing transit visas to African migrants in an effort to stop the number of people coming to North America to escape civil wars and ethnic conflict instigated by US and European imperialism across the African continent.

According to a website maintained by the American Immigration Lawyers Association, forty-four deaths have occurred at ICE adult detention facilities since December 2015. The growing number of deaths shows that the mistreatment of immigrants by the US government, including the detention at a network of concentration camps, is not incidental but deliberate. The purpose is to discourage workers from coming to the United States in search of a better life for themselves and their families.

In a cowardly act of belated and false protest, Democrats in the House of Representatives issued a call on December 23 for an investigation into the “troubling pattern of abuse and poor treatment” of migrants. A letter from Carolyn B. Maloney (Democrat from New York), chairwoman of the House Oversight and Reform Committee, to Chad Wolf, Acting Secretary of the Department of Homeland Security, calls for documents related to all CBP deaths to be submitted to the committee by January 10.

The fraud of this exercise is fully exposed by the fact that the House Democrats voted with the Republicans on December 17 to approve a record $738 billion military appropriations that includes $1.375 billion for Trump’s border wall and removed a provision that would have barred the president from transferring money from other Pentagon accounts for the anti-immigrant wall project.

Those that claim the Democrats are opposed to Trump’s immigration policies are engaged in deception. The infrastructure for the detention and deportation campaign being carried out by the present occupant of the White House was developed under President Barack Obama, who detained and deported more immigrants than all 20th century US presidents combined.