Florida: James Dailey faces execution based on testimony of a serial jailhouse informant

James Dailey has been on death row in Florida for 32 years. Dailey, a 73-year-old Vietnam veteran, was granted a stay of execution in October, just weeks before his execution date of November 7, but that stay expired December 30.

As of January 3, there had been no news of an extension of Dailey’s stay. The calendar posted on the web site of the Florida Commission for Offender Review does not list Dailey’s case for review.

The web site of Florida Governor Ron DeSantis, a Republican, mentions nothing about granting Dailey clemency. With the expiration of the stay, the governor is free to issue a new death warrant. If Dailey’s execution goes forward, it is highly likely that Florida will be sending an innocent man to his death. 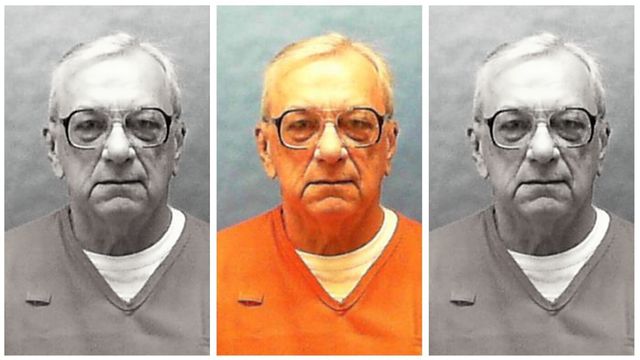 Dailey has consistently maintained his innocence in the 1985 murder of 14-year-old Shelly Boggio in Pinellas County, Florida. By the prosecution’s own admission, no eyewitnesses or forensic evidence have connected Dailey to the crime—no physical evidence, no fingerprints and no hair or fibers were presented at trial. The case against him was largely based on jailhouse informants’ testimony, including that of Paul Skalnik, who has faced charges of fraud, grand theft, and child sexual abuse, and is known as a serial informant.

Dailey’s is a textbook case of how corrupt US prosecutors, in the drive to secure convictions, solicit the testimony of informants with promises of leniency in their own cases. Skalnik has been the subject of an exposé by Pamela Colloff for the New York Times Magazine/ProPublica detailing his extensive jailhouse informant career. His testimony has helped send dozens of people to prison, including four to death row, Dailey among them.

At the time of Boggio’s murder, Dailey lived in an extra room at the home of Jack Pearcy. Pearcy had spent the afternoon and evening with Boggio. When her body was found later that day, she had been stabbed 31 times. Police found a knife belonging to Pearcy next to the girl’s body. In an effort to deflect blame from himself, Pearcy told police that Dailey had killed her.

Pearcy was tried first for the crime and received a life sentence. Having not obtained a death sentence—and responding to what they felt was a popular mood in Penellas County seeking the ultimate punishment for Boggio’a brutal murder—prosecutors then focused their attention on Dailey.

Prosecutors sent “investigators” into the prison in an effort to obtain evidence to be used against Dailey. The investigators showed potential witnesses news stories to familiarize them with details of the crime. On this basis, three jailhouse witnesses came forward claiming that Dailey had confessed. Pearcy also claimed Dailey was the killer, but he would go on to recant this claim.

On December 18, Dailey’s lawyers filed a declaration by Pearcy with the court in which he says he alone was responsible for the murder. “James Dailey was back at the house when I drove Shelly Boggio to the place where I ultimately killed her,” his statement reads.

This is the fifth time Pearcy has confessed to killing Boggio. He signed an affidavit in 2017 to that effect but declined to testify. Joshua Dubin, Dailey’s attorney, says he would testify this time if Dailey were granted a new trial. “Had a jury known that Jack Pearcy has confessed continually,” Dubin told FOX 13 News in Florida, “a jury would more than likely acquit James Dailey.” Before his arrest and conviction for Boggio’s murder, his only conviction was related to a bar fight.

Skalnik, by contrast, had a rap sheet miles long, dating back to the 1970s. He has been convicted for crimes ranging from grand larceny to child sexual assault. He has falsely claimed to be a Homeland Security agent, has impersonated a terminally ill cancer patient and has defrauded people out of tens of thousands of dollars.

The Times Magazine/ProPublica investigation exposed that two years before his testimony sending Dailey to death row, the Florida Department of Corrections described Skalnik as a “con artist of the highest degree.” Colloff writes in her report that Skalnik is “one of the most prolific, and most effective, jailhouse informants in American history.”

In one case in 1982, Skalnik was charged with sexually assaulting a 12-year-old girl, which could carry a 15-year sentence. Despite the willingness of the young victim to take the stand, he was not prosecuted for the crime and was allowed to plead guilty to a separate and less serious charge of grand theft. In one six-year period in the 1980s, Skalnik testified or provided information in at least 37 cases in Pinellas County alone.

Like the vast majority of jailhouse informants, Skalnik has always denied he was promised leniency for his testimony. However, the Times’ Jesse Wegman writes in a recent editorial on Dailey’s case, “Just five days after Mr. Dailey was sentenced to death, Mr. Skalnik was released from jail for his assistance, even though he was facing a 20-year sentence of his own, and even though his parole officer had warned the year before that he ‘is and always will be a danger to society.’”

According to the Death Penalty Information Center, since 1973, 166 death-row prisoners have been exonerated of all charges against them and set free. This includes 29 in Florida, the most of any state and almost one-sixth of the total. Prisoners have been exonerated through DNA testing, new trials based on inadequate counsel and prosecutorial conduct, and on the basis of new testimony from witnesses. Given the large number of exonerees, there is little doubt that many innocent individuals have been sent to their deaths.

Since the US Supreme Court reinstated the death penalty in 1976, 1,512 individuals have been executed across the US. Florida, with 99, has carried out the third highest number, following Texas, 569, and Virginia, 212. Those sent to their deaths have included foreign nationals denied their consular rights, those suffering mental impairment, and those convicted and sentenced to death for crimes committed as juveniles.

Currently, 29 states plus the US federal government and US military have death penalties on the books, while 21 states plus the District of Columbia have outlawed the practice. Four of the states with the death penalty currently have governor-imposed moratoriums on executions.

In December the Supreme Court upheld an injunction by a federal judge that blocked a move by Attorney General Bill Barr to resume federal executions, effectively putting on hold the executions of four prisoners with death warrants on federal death row. According to DPIC, there are 65 prisoners on federal and US military death row.