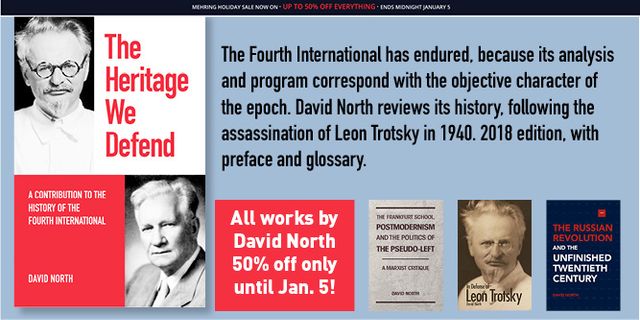 This is your last weekend to take advantage of the half-price sale of Mehring publications. Major titles by David North are on sale at 50% off, including:

An extensive 2018 preface elaborates the political trajectory of the successors of Shachtman-Burnham, from their split with the Fourth International in 1939-40 through to the modern-day supporters of figures like Murray Bookchin. 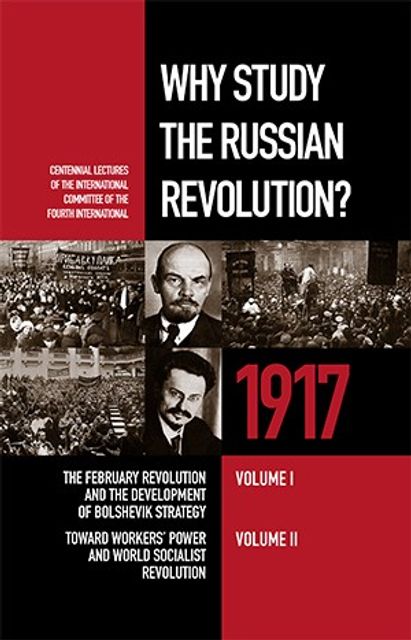 2017 – Why Study the Russian Revolution? This 2017 series of nine Centennial lectures by leaders of the ICFI throws light on the relation between the spontaneity of the masses and their growing consciousness, as the Bolshevik Party, led by Vladimir Lenin and Leon Trotsky, sought to elaborate the complex struggle to establish a new socialist society in the Russian Revolution of 1917. This title also includes nine additional essays by North.

2016 – A Quarter Century of War: The US Drive for Global Hegemony 1990-2016 depicts the global military assault by US imperialism as it sought to overcome its economic weakness and deflect domestic social tensions by laying waste to the Middle East, Yugoslavia and Afghanistan. North predicted that the US “Unipolar moment” would end in a “ rendezvouswith disaster.”

2015 – The Frankfurt School, Postmodernism and the Politics of the Pseudo-Left: A Marxist Critique examines the relation between Marxist theory and the development of the revolutionary program, perspective and practice of the Trotskyist movement. North shows the reactionary character of various anti-materialist tendencies associated with the Frankfurt School, existential irrationalism and postmodernism, and its connection to pseudo-left movements such as Syriza and Podemos. 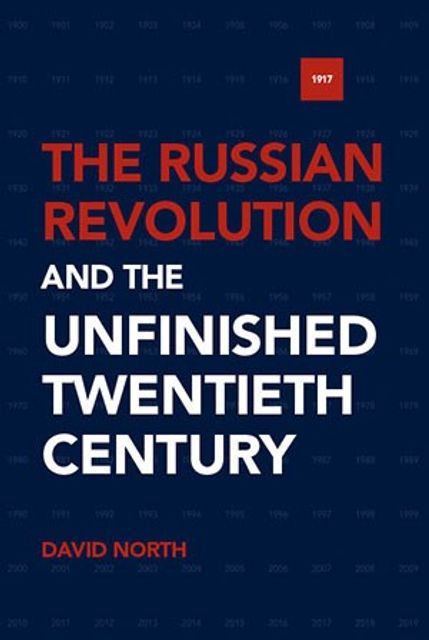 2014 –In The Russian Revolution and the Unfinished Twentieth Century, North wrote, “If historians still look back in anger on the last century, it is because mankind is still fighting–in the spheres of politics, economics, philosophy and even art–its undecided battles.” In examining the socioeconomic and political issues of the 21st Century, North argues that the dissolution of the Soviet Union in 1991 did not signal the end of Marxism and world socialist revolution, but the demise of anti-working-class bureaucracies and, ultimately, the dawn of a new era of international class struggle.

2013 – In Defense of Leon Trotsky. Seventy years after the assassination in 1940 of the great representative of classical revolutionary Marxism, three British historians revived long-discredited Stalinist falsifications to slander Trotsky. North’s defense of historical truth against the scurrilous biography by Robert Service was endorsed in the American Historical Review and by leading European historians.

Take advantage of the last few days of the sale of Marxist literature at Mehring.com!