Directed by Destin Daniel Cretton, written by Cretton and Andrew Lanham, based on a book by Bryan Stevenson

The harsh state of social relations in the US is the subject of Just Mercy, directed by Destin Daniel Cretton, which concerns itself with the fight against the death penalty.

The film is based on Bryan Stevenson’s bestselling 2014 memoir, Just Mercy: A Story of Justice and Redemption. It dramatizes the courageous efforts by Stevenson (Michael B. Jordan), an African-American, Harvard-trained lawyer, early in his career, to reverse death penalty sentences in Alabama.

Just Mercy focuses, above all, on the case of Walter “Johnny D” McMillian (Jamie Foxx), a black man arrested in 1987 for the murder of an 18-year-old white girl and convicted based on false testimony, organized by a racially motivated prosecutor and local authorities. 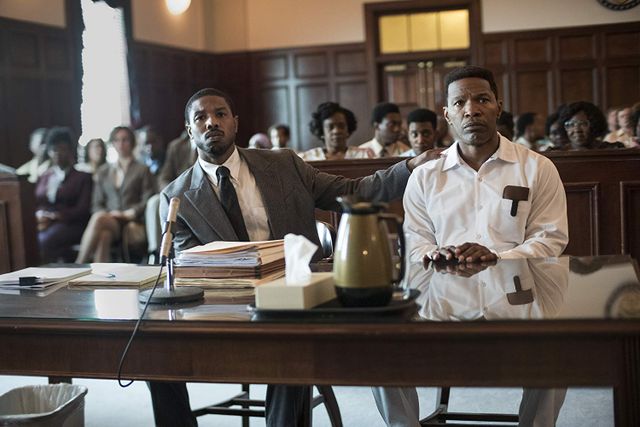 Michael B. Jordan and Jamie Foxx in Just Mercy

The murder and arrest take place in Monroeville, Alabama—the hometown of Harper Lee, author of To Kill a Mockingbird. Stevenson arrives at nearby Holman Prison to find it full of death row inmates like Johnny D. Others include Herbert Richardson (Rob Morgan), who admits to a killing, but was convicted without any consideration given to the fact that as a Vietnam veteran, he suffers from severe PTSD. His electrocution is a shocking and disturbing scene, providing a close-up view of the barbaric state murder machine and its assembly line of death.

In 1989, Stevenson founds the Equal Justice Initiative (EJI), whose website explains that the organization “is committed to ending mass incarceration and excessive punishment in the United States, to challenging racial and economic injustice, and to protecting basic human rights for the most vulnerable people in American society.”

Cretton, born in Hawaii, the son of a Japanese-American hairdresser mother and an Irish-Slovak father who worked for the fire department, told an interviewer from refinery29, “I felt like the trajectory of that story really paints a clear picture as to how this justice system that we have in our country is really working for the rich and powerful and not really working for the poor.” Furthermore, Cretton explained. “It really highlights the different aspects of how difficult it is for this system to admit that [it has done] something wrong even when all the evidence is pointing towards that.” 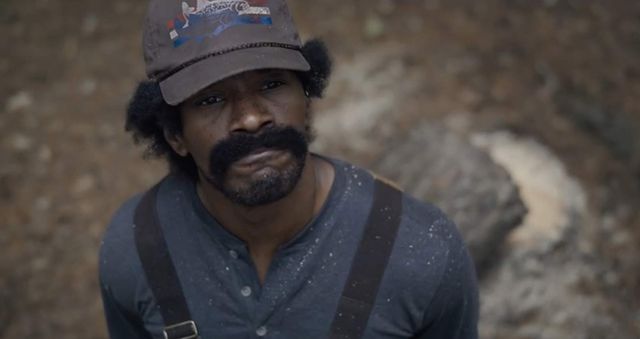 Stevenson made the same essential argument in his contribution to the New York Times’s now discredited “1619 Project,” summed up in its headline, “Slavery gave America a fear of black people and a taste for violent punishment. Both still define our criminal-justice system.” According to Stevenson, “White Americans” have always feared blacks and black retribution for slavery, and therefore have created a “criminal-justice system central to new strategies of racial control.”

Of course, there is continuity between lynching and capital punishment, but it lies, above all, in the brutality of capitalist rule in America, which has relied on terror and intimidation to suppress the working class and the poor since its origins, and on racism to divide the oppressed.

When Stevenson and the EJI associate capital punishment primarily with racism, they are mistaken. In fact, it is a broader issue, bound up with the vast social gap and reflecting the real state of class relations in “democratic” America. Although African Americans are disproportionately represented among the victims of the death penalty, 56 percent of those executed in the US since 1976 have been white, while 34 percent have been black and 8.5 percent Latino.

“My thesis is essentially that slavery—the evil of slavery wasn’t involuntary servitude,” Bryan Stevenson declared in an interview in 2015: “It was this narrative of racial difference, this ideology of white supremacy. And so when [R]econstruction collapsed, to restore the racial hierarchy you had to use force and violence and intimidation. And in the South that manifested itself with these lynchings.”

As the WSWS commented in 2015, the problem with Stevenson and the EJI’s “approach when it comes to history is that, as horrible and as clearly racist as the system of ‘Judge Lynch’ was in the South, it is impossible to understand it outside of an analysis of the social order it upheld. It was not simply racism that gave rise to lynching, but a social system that underlay racist ideology.”

According to the logic of contemporary identity politics, “slavery was not a system of forced labor and all that flowed from it—the selling apart of families and children, the driver’s lash, and so on—but ‘this narrative of racial difference.’ Likewise, racial violence in the Jim Crow South was not about extreme labor exploitation and separating blacks from the white poor, much less maintaining the one-party dictatorship of the Democratic Party … but about maintaining ‘White southern identity.’”

The filmmakers are entirely justified, in a postscript, in pointing to the appalling fact that since 1976, “for every nine Americans executed by the state, one is exonerated and released from death row—a margin of error that should terrify us all.”