This week in history, January 6-12

On January 11, 1995, Chechen leader Dzhokhar Dudayev met with reporters for the first time in three weeks to concede that Chechnya could not win a war against Russia for independence. “And what victory for us?” Dudayev asked the press reporters cynically. “Certainly we cannot withstand such a power as Russia. It was clear. But winning militarily is impossible … Everything can be settled in an hour.” 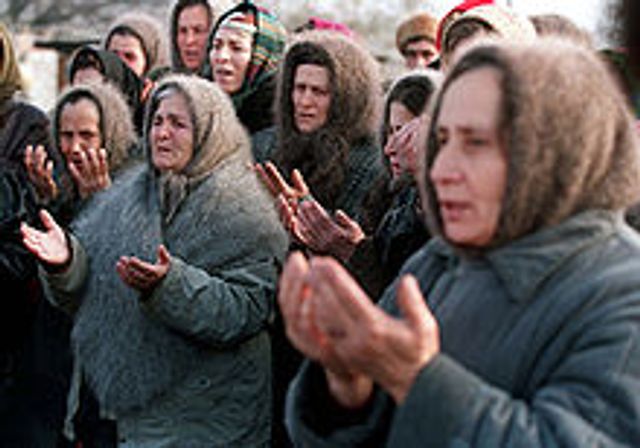 A day earlier, a 48-hour ceasefire announced by Russia fell apart. Chechen civilians reported that those who remained in Grozny had not received any news of an official ceasefire and that many continued to live without power, water and other utilities. The ceasefire was supposed to allow both Russian and Chechen sides to recover their dead.

Estimates of the death toll in the assault on Grozny, begun by the Russian military on New Year’s Eve, ranged as high as 18,000 civilians, a number the New York Times reported “cannot be checked and seems exaggerated.” Twenty-five years later, estimates of the total civilian deaths range from 30,000 to 100,000, with another 200,000 injured. Fighter planes dropped cluster bombs on villages. Air Force jets and army tanks subjected apartment buildings, village markets, schools and other nonmilitary targets to relentless bombardment. Russia continued to fire on the capital city of Grozny, closing in on Dudayev’s presidential palace, shelling every 30 seconds.

The brunt of the fighting was borne by untrained teenage Russian conscripts, treated as cannon fodder in Moscow’s aggression. The regime headed by Boris Yeltsin combined the merciless methods of czarist conquest with those of Stalin’s terror in what amounted to a genocidal campaign against a small, historically-oppressed nationality.

The Clinton administration repeatedly stressed the “democratic” character of the Yeltsin regime and reiterated US support for Moscow’s efforts to resolve “an internal matter.” In the midst of the assault on Grozny, the Yeltsin regime announced its acceptance of International Monetary Fund demands that Moscow lift restrictions on foreign companies seeking to extract oil from Russia. The measure was hailed in the West as a sign that Yeltsin was moving “in the right direction.”

One year later, Dudayev was killed by a Russian laser-guided missile that honed in on his cellphone signal while he was speaking to a Moscow politician.

On January 12, 1970, the military forces of the breakaway region of Biafra surrendered to Nigeria, ending the three-year Nigerian Civil War that began in 1967. The Nigerian military had launched its final offensive, “Operation Tail-Wind,” on January 7 and captured the Biafran capital of Owerri on January 9. The Biafran president Chukwuemeka “Emeka” Odumegwu Ojukwu had already fled to the Ivory Coast, leaving his Vice President Philip Effiong to oversee the surrender.

The civil war in Nigeria, also known as the Biafra War, was an immensely tragic affair and a brutal near-genocide against the people living within the borders of the secessionist region. Immediately after Nigeria gained independence from Britain in 1960, the new country was thrown into crisis.

Low wages, overcrowded housing, general conditions of poverty, and the continuation of British domination of the economy despite independence led to large workers’ strikes and protests in the first years of independent Nigeria. Fierce crackdowns by police and the military followed. In the face of this unrest, the 1964 elections were marked by the stoking of tensions between Nigeria’s numerous ethnic groups.

In 1966 a series of military coups further escalated the crisis. The first, led by Major-General Johnson Thomas Umunnakwe Aguiyi-Ironsi and other officers who belonged to the Igbo ethnic group, held power for just six months until they were overthrown in a countercoup led by General Yakubu Gowon.

An anti-Igbo hysteria swept across the northern regions of Nigeria when Gowon came to power. Horrendous pogroms were carried out. Mobs, assisted by the Nigerian army, massacred tens of thousands of Igbos and caused millions to flee to the Igbo-majority southeastern region.

After the massacres, calls for Igbo independence gained a mass following in the east. Ojukwu, who had been the military governor of the east region, broke from Nigeria on May 30, 1967, declaring the independence of the Republic of Biafra.

The area that had become Biafra was immediately put under a blockade by the Nigerian central government. Biafra, however, maintained control of large oil resources that it was able to use to fund the isolated nation for a short period of time. In July 1967 the war began when the Nigerian military launched its offensive to retake the territory.

Nigeria was backed in the war by Britain, which provided weapons and artillery to decimate Biafra. At the time of the war the British-owned United Africa Company was responsible for over 40 percent of all Nigerian foreign trade. The main military objective of the Nigerian military was to retake control over the Shell-BP oil production facilities and return them to producing large quantities of cheap petroleum. Indeed, after lagging due to the start of the war, Nigerian oil production rose to 1,080,000 barrels a day by 1970.

The blockade of Biafra was effectively an exercise in mass starvation. The population became dependent of foreign food supplies that were flown in from abroad. But this was not nearly enough to meet the needs of over 14 million. many of whom had become refugees during the war. During the course of the war over 2 million people would die from starvation in Biafra.

This week in January, 1945, the Fourth International, the theoretical journal of the world Trotskyist movement, published a major resolution adopted by the US Socialist Workers Party (SWP) exposing the predatory character of American imperialism’s intervention in World War II.

The resolution was published the same week that US President Franklin Roosevelt issued a State of the Union address. Under the garb of calling for institutions to ensure “peace” at the conclusion of the conflict, Roosevelt advocated a global order that would be dominated by the US banks and corporations, in many cases through the establishment of nominally neutral international organizations. 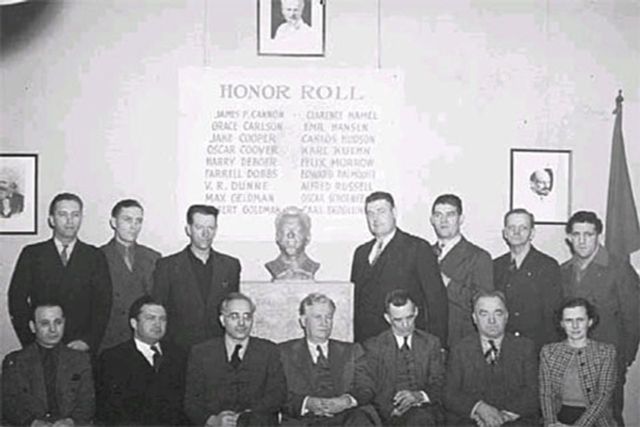 The resolution, adopted by the 11th convention of the SWP the previous November, declared:

When the United States entered the second World War, Roosevelt, chief spokesman of American capitalism, proclaimed that this war was a crusade for democracy, for the “Four Freedoms,” for the destruction of fascism and totalitarianism. The labor bureaucrats, recruiting sergeants for the war machine, volunteered their services to sell the war as a conflict between “free labor” and “slave labor.”

After three years of America’s participation in the war, the demagogic slogans under which the people were dragooned into the slaughter have been stripped bare. Democracy and freedom are among the first casualties of the war. The slogans of “national unity” and “equality of sacrifice” are a snare. The pledges to take the profits out of war to prevent a new crop of wartime millionaires, are proved a monstrous hoax.

The resolution outlined the assault on the social and democratic rights of the working class that had been spearheaded by Roosevelt and enforced by the unions. This included the arrest and prosecution of 18 SWP leaders at the beginning of US involvement in the war, and the enforcement of a draconian no-strike pledge and effective wage freeze by the unions.

The document warned that the program of US imperialism was to establish “its hegemony over the world. Its aim is to make Wall Street the center of world tribute ... The plans of US imperialism call for maintaining a military machine before which all previous world militarisms pale into insignificance.”

The resolution insisted that this would provoke major class battles, within the US and internationally. Pointing to a radicalization of the working class as a result of the depredations of war and fascism, it stated: “The crowning slogan of the Trotskyist transitional program is the Workers’ and Farmers’ Government. Each of our transitional demands leads to one and the same political conclusion: the workers must break with the political parties of the capitalist class and organize their own political party in order, jointly with the working farmers, to establish their own power. Through the program of transitional demands elaborated by the Socialist Workers Party the Workers and Farmers Government can assure the transition from capitalism to socialism.”

On January 7, 1920, the Red Fifth Army captured the Siberian city of Krasnoyarsk. An uprising in the city and Soviet partisans had facilitated the capture. This was a significant milestone in the rout of Admiral Kolchak’s counterrevolutionary Siberian Army, which had begun with the autumn counter-offensive of the Red Army against his forces.

Kolchak’s government had abandoned its capital in the Siberian city of Omsk, to the west of Krasnoyarsk, in November and had relocated to Irkutsk. Kolchak’s armies had begun to disintegrate, and fights broke out between units of Polish, Romanian and Czechoslovak former prisoners of war as they retreated further into Siberia. 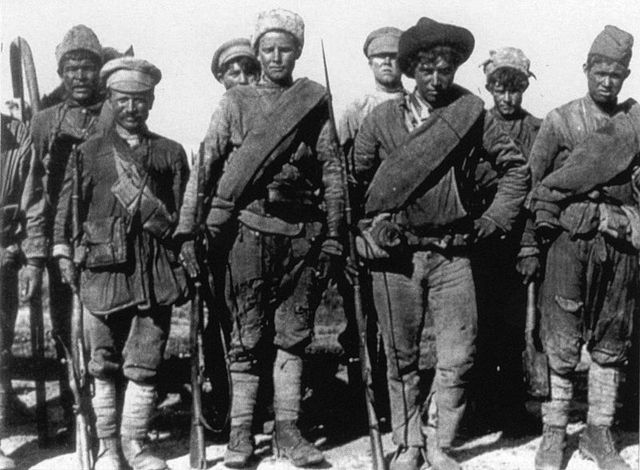 One section of the Whites engaged in a five-week retreat through the frozen wilderness known as the Great Siberian Ice March. These forces were dogged by the Red Fifth Army and Soviet partisans and were stricken by disease and the bitter Siberian cold until they eventually reached Chita, nearly 600 miles east of Irkutsk, which was occupied by Japanese troops.

By early January, Kolchak himself, who had not remained with his armies, was traveling in a second-class railway car along the trans-Siberian railway, his main strategic asset, flying the flags of England, the United States, France and Japan. He was slowed down by 36 cars containing the gold and silver deposits of the Tsarist reserve that he had captured in Kazan in August 1918.

Kolchak gave his personal bodyguard the choice of remaining with him or defecting to the Bolsheviks. Most went over to the Bolsheviks. By January 5, his government in Irkutsk fell to a revolt of Mensheviks and Social Revolutionaries, equally opposed to the Bolshevik revolution of 1917 and the Soviet state, but at odds with Kolchak, a former Tsarist officer.

On January 15, Czechoslovak soldiers turned Kolchak over to the new government in Irkutsk. By then Red Guards were operating openly in the streets of the town. The government surrendered to the Bolsheviks on January 21 and turned him over to the new Soviet authorities.

While Lenin sent telegrams urging that Kolchak not be shot so that he could stand trial, by February remnants of the White armies were advancing on the city and the Cheka executed him.