On December 24, the headquarters of the Porta dos Fundos comedy program in Rio de Janeiro was attacked with Molotov cocktails after it produced a Christmas Special shown on Netflix portraying Jesus as gay. The terrorist action was claimed on social networks by a fascist group that calls itself the Nationalist Popular Insurgency Command of the Brazilian Integralist Family.

The identity of one of the perpetrators of the attack was disclosed by police on December 31, two days after he fled the country to Russia. Eduardo Fauzi is a member of the Brazilian Integralist Front and PSL (Social Liberal Party), the same right-wing party that ran the fascistic ex-army officer Jair Bolsonaro for president. The Bolsonaro government, which employs hysterical rhetoric denouncing every form of social protest as “terrorism”, has deliberately remained silent about the firebombing, signaling tacit government support for fascist violence. The president’s son, Eduardo Bolsonaro, was one of the politicians who spoke out against Porta dos Fundos, saying, “How much is it worth to attack the faith of others?”

Frame of video in which fascists took responsibility for the attack on Porta dos Fundos.

The use of the term of “Integralist” in the name of the group claiming responsibility for the attack is a reference to a short-lived version of Brazilian fascism known as Brazilian Integralist Action (AIB) which was founded in the 1930s. While Brazil’s President Getúlio Vargas initially embraced the fascist movement as a base of support for his Estate Novo (New State), as he assumed increasingly dictatorial powers he turned against it. Former Integralistas would hold positions of power in the US-backed military dictatorship that ruled Brazil from 1964 to 1985.

Notably, a few days before the attack in Rio de Janeiro, the country’s two main newspapers, Folha de Sao Paulo and Estado de Sao Paulo, reported uncritically on the return of the Integralist movement. Estado covered a demonstration held by the Brazilian Integralist Front (FIB) in downtown Sao Paulo, with about 15 people wearing the green shirted uniform worn by the Integralists in the 1930s and giving the fascist salute. The newspapers also reported that the group intends to launch itself as a political force in the next elections.

Following the release of the video taking responsibility for the attack, the FIB stated that “the group in question is unknown” and claimed that it was surprised by the revelation that the attack was carried out by Eduardo Fauzi, the organization’s president in Rio de Janeiro. The same authors of the video had already taken responsibility for another attack a year ago, when they tore down and burned anti-fascist flags at the Federal University of Rio de Janeiro (UFRJ). At the time, Fauzi had claimed on Facebook that the attack was carried out by an “Integralist circle” inside the university.

Eduardo Fauzi is an expression of the social base that gives rise to fascist organizations. Born to a family that owns property and gas stations, he graduated in economics from UFRJ and, according to Veja magazine, lived in a $1.5 million apartment in Rio de Janeiro. Fauzi is, at the same time, president of the São Miguel Autonomous Car Guardians Association, which supposedly represents the workers in one of the most miserable jobs in Brazilian cities. Through this association he could control a mafia of irregular parking lots in downtown Rio de Janeiro connected to right-wing militias and the police, as a report by the Civil Police pointed out.

Fauzi was able to escape by flying unhindered out of Rio’s Tom Jobim International Airport. That could not have happened if it were not for his direct contact with the police, who informed him of an arrest warrant in advance, as he made clear in an interview granted to Project Collaborate. He said that he is in Russia, where he believes he will receive asylum. In a photo, allegedly taken in 2014, he appears alongside Russian fascist ideologue Alexander Dugin. 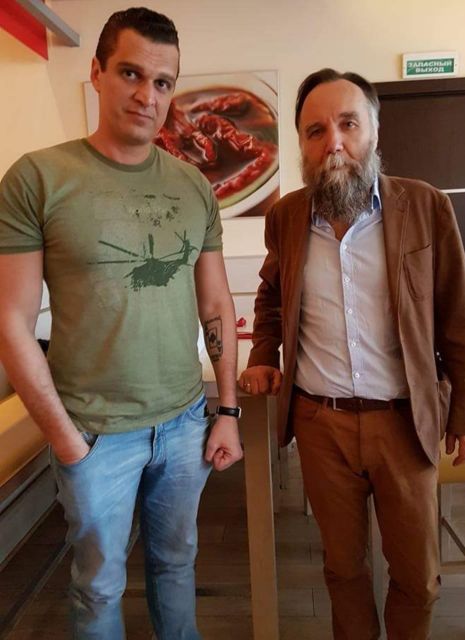 The other perpetrators of the attack, who, unlike Fauzi, wore masks, are unlikely to be identified. Chances are they also have their connections with the police, or are themselves police officers. Just as the confessed suspect participates in the PSL, it is entirely possible that the others are involved in Bolsonaro’s recently launched fascist party, the Alliance For Brazil.

The reappearance of Integralist groups in Brazilian political life is an event promoted directly by the Bolsonaro government and the ruling class. With nationalist, religious, and anti-communist appeals that dovetail with Jair Bolsonaro’s speeches, these groups are beginning to carry out illegal violent actions while gaining ground in state institutions.

After the bombing, the government elevated an Integralist to a high office. Paulo Fernando Melo da Costa, a deputy elected by the Patriota party and who is no less than the president of the FIB in the Federal District, was appointed on December 30 as special advisor to Damares Alves, the evangelical leader who serves as Bolsonaro’s minister for Women, Family and Human Rights.

In the face of these dangerous developments, the supposed opposition to the government has remained silent. Neither Luiz Inacio Lula da Silva, the former Worker Party (PT) president, nor Fernando Haddad, the party’s 2018 presidential candidate, have said a word about the fascist terror attack.

The PT issued a short note, condemning violence, while reaffirming the party’s historical connection with the Christian religion. Just as in the past they made the most reactionary commitments—such as President Dilma Rousseff’s vehement opposition to abortion—to maintain the support of right-wing Christian chauvinist parties, today they avoid any defense of the comedy program against the fascists for fear of offending the Christian right.

In a lengthy interview given to the TeleSur television network after Christmas, Lula focused his attacks on the mass demonstrations that took place in Brazil in June 2013, under the Rousseff administration. He characterized the protests, triggered by transit fare hikes, as a US intervention carried out through the manipulation of the media. The protests were, for Lula, the source of a feeling of “hatred” that explains the current political situation in the country, characterized by unemployment, wage cuts and loss of workers’ rights. In other words, workers got what they deserved for daring to challenge the PT government and its austerity policies.

The media representing the PT and its satellites exploited the bombing of Porta dos Fundos to promote this 2013 libel campaign. As soon as the identity of the bomber was revealed, they brought up a video in which the 2013 activist Elisa Quadros called for the release of political prisoners, including one Eduardo Fauzi. Media such as Forum Magazine and Brazil 247 broadly reported on the video, claiming that if it was the same Eduardo Fauzi “it pretty much closes the subject on the nature of the 2013 protests.” 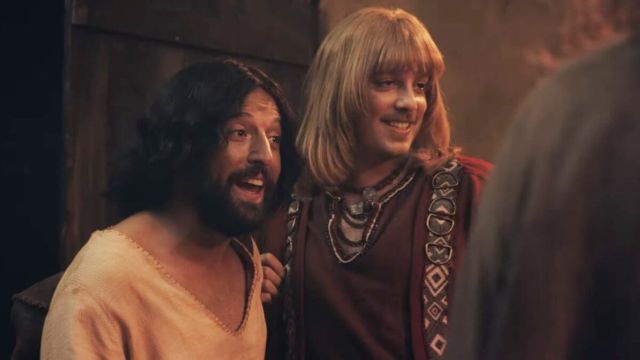 This claim is a fraud. Fauzi was in fact arrested in 2013 after assaulting the former Secretary of Public Security of Rio de Janeiro when he closed a parking lot in the city center. However, there is no hint of direct link between Fauzi and Elisa Quadros. The activist who became known as “Tinkerbell”—a code name she adopted on digital media—was named by the military police as the leader of the black bloc. She and 23 others were sentenced to prison on the eve of the World Cup in Brazil, serving as scapegoats to prevent protests during the sporting event.

In trying to impute a fascist character to the imprisoned activists and the entire 2013 movement that brought millions of young people into the streets against the rising cost of living, the PT is pursuing the same politics as Jair Bolsonaro. Bolsonaro would applaud the persecution of protesters as a “counter-terrorism” measure, as well as all PT’s repressive measures against the protests, including the deployment of the Army on the streets and passage of the Anti-Terrorism Act in 2016.

The rightward shift of the entire Brazilian ruling class is directly linked to the resurgence of class struggle on an international scale. As social inequality becomes increasingly unsustainable and social opposition among youth and workers grows, the ruling class is dispensing with democratic forms of rule. In this situation, not only are fascists ascending to the circles of power, but supposedly left parties, such as the PT, draw closer to the far-right program.

This trend was spelled out in an announcement made at the end of the year by the Maoist Communist Party of Brazil (PCdoB), which is already enforcing austerity policies. The PCdoB said it is rebranding itself, dropping the word “communist” from its name and adopting the colors of the Brazilian flag, green and yellow, instead of red, in order to blend in with Bolsonaro’s nationalism.

The state buildup of fascist organizations along with the promotion of nationalism and militarism, the main trends of global political reaction, can only be countered by an international mobilization of the working class. Political and organizational independence from bourgeois parties like the PT, as well as from the pseudo-left, is an essential condition for the working class to advance its struggle against capitalism.