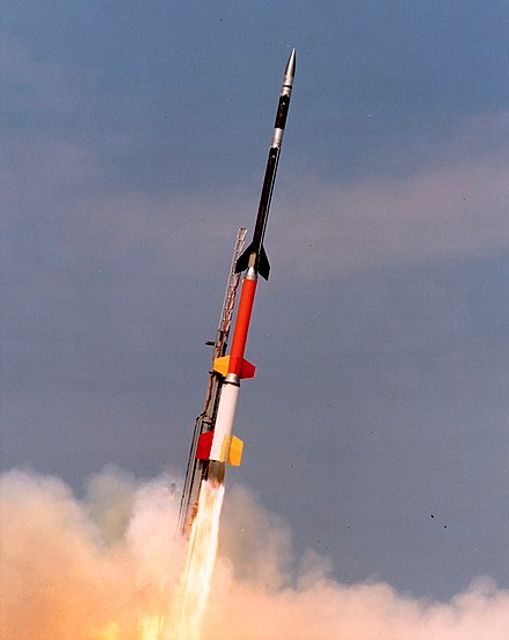 On January 25, 1995, the Russian military mistook a Black Brant XII rocket—launched by a team of Norwegian and US scientists to research the northern lights over Svalbard—as an incoming Trident missile launched as a high-altitude nuclear attack by the US Navy. It was the first time a Russian leader used the nuclear briefcase in a real alert.

The rocket was launched from the Andøya Rocket Range on the northwest coast of Norway, carrying equipment to study the aurora borealis. It traveled on the same trajectory that US intercontinental nuclear missiles would take on their way to Moscow. The alarm sirens sounded in a Russian radar center, where technicians reported a US missile attack.

Russian President Boris Yeltsin called up generals and military advisers and the “nuclear briefcase,” the Cheget, was brought out. He had less than ten minutes to decide whether or not the Russian military would retaliate. “I have indeed used yesterday for the first time my ‘little black case’ with a button that is always with me,” Yeltsin told the press the following day, after narrowly averting a nuclear disaster. “I immediately contacted the Defense Ministry and all the military commanders that I require and we were following the path of this missile from beginning to end.”

Spiegel Online noted years later that Yeltsin at that time probably left the Russian nuclear missiles in their silos “because relations between Russia and the United States in 1995 were relatively trusting.”

The scientists conducting the study had launched over 600 rockets since 1962, but the Black Brant XII was larger than previous rockets and more resembled an American ballistic missile. A month prior, the team instructed the Norwegian Foreign Ministry to notify neighboring countries of their experiment. The message apparently never reached officials in the Russian Federation. Radar crews from the Russian Missile Attack Warning System (MAWS) were also uninformed and reported it as a potential incoming nuclear missile.

Peter Pry, a former CIA official, wrote that while there had been other false alarms in the nuclear age, none went as far as the Norwegian rocket incident, “the single most dangerous moment of the nuclear missile age.” 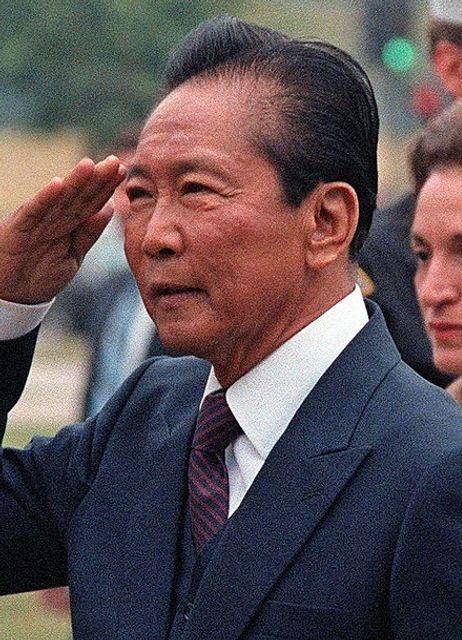 On January 26, 1970, thousands of youth, students, and workers protested the State of the Union address delivered by President Ferdinand Marcos. The protesters gathered outside of the Philippine Congress where Marcos was giving his speech. The demonstration, demanding a new constitutional convention, marked the start of months of protests in the Philippines that would become known as the “First Quarter Storm.”

The central issue for the protesters was inequality. The Philippines working masses suffered deep poverty and low wages. In the years prior to the demonstration the government had taken on large debts to imperialist countries, the United States in particular. The debt encouraged additional austerity measures that only worsened the conditions for workers and heightened the political crisis.

The re-election of Marcos in 1969 was widely viewed as corrupt and the election results illegitimate. In response, the National Union of Students called for the January 26 demonstration to dispute the results and call for a new constitutional convention so elections could be held outside the influence of Marcos and his Nacionalista Party. Masses of youth were moving sharply to the left. Membership in the Communist Party-affiliated youth group Kabataang Makabayan (KM) had grown sharply in the late 1960s. KM played a leading role in the organization and leadership of the First Quarter Storm demonstrations.

When Marcos emerged from the Congress building after giving his speech, the protests erupted into fights with police. The police charged the crowd, beating students with clubs. The protesters fought back against police for several hours but eventually were dispersed.

Mass outrage over the attack on the protesters culminated in another protest on January 30 outside the president’s residence at Malacañang Palace. This demonstration, larger than the first, saw 50,000 protesters surround the palace. At one point, demonstrators attempted to enter the Malacañang grounds but were fired upon by the guards. Four students were killed and hundreds more were wounded.

Protests would continue regularly until March, with numbers reaching into the hundreds of thousands. Succumbing to illusions sowed by the Stalinists, they dissipated after elections for a constitutional convention were organized for 1971. Marcos supported the new convention believing he could use it to strengthen his legitimacy. However, in the event, the convention lost credibility after it was exposed that several delegates were taking bribes from Marcos. Fearing further demonstrations and possible revolution, Marcos declared martial law in September of 1972, further cracking down on protests and banning all opposition political parties. He would then rule the Philippines as a dictator until 1981 when the police state measures were lifted.

75 years ago: Hitler’s regime in crisis 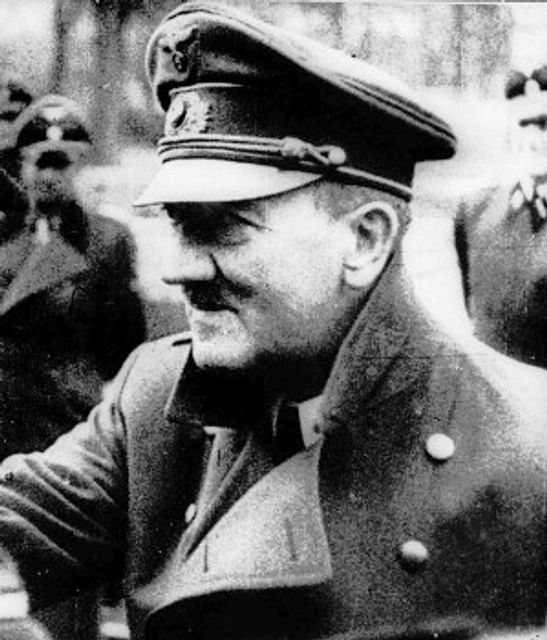 This week in January 1945, the Nazi regime of Adolf Hitler suffered a series of military defeats which brought into stark focus the prospect of an imminent Allied invasion of Germany. The Third Reich, fearful of mounting social and political opposition and rumblings of discontent within the military, reorganized a number of army commands in a desperate bid to prevent the final collapse of the regime.

On January 20, there began a mass military and civilian evacuation of East Prussia, encompassing sections of modern-day Poland and Lithuania. The move was a response to sweeping Soviet advances in the East Prussian Offensive. It came little over a week after the Soviet Red Army’s capture of Warsaw, the capital of Poland, and the seizure of other strategically crucial towns and cities from which the Soviet forces would launch further advances.

Underscoring the historic crisis of the Nazi regime, East Prussia had been under German control dating back to the unification of the country in 1871 and following its defeat in the First World War. The evacuation included Operation Hannibal, a plan to remove tens of thousands of German military personnel from the region by sea. It was accompanied by a mass exodus of German citizens, whose retreat behind Nazi lines became increasingly chaotic. According to some estimates, between January and March 1945, some two million people, out of a population of less than 2.7 million, fled East Prussia.

Over the course of the week, German troops suffered major defeats in the Ardennes region, in Poland, and elsewhere on the Eastern front. Hitler’s personal military headquarters on the Eastern Front, dubbed the “Wolf’s Lair,” was abandoned and blown up by German troops less than 48 hours before Soviet troops arrived at the site.

Hitler responded to the crisis by issuing an order for every commanding officer from division level upward to notify him of any planned movements so that he could overrule them. The unprecedented order, reflecting fears of a breakdown in military discipline, followed the surrender of Warsaw in violation of Hitler’s designation of it as a “fortress city” that was to be defended at all costs.

The decision also reflected ongoing concerns that Germany’s series of defeats would provoke rebellions and coup attempts. In July 1944, Hitler had narrowly survived an assassination attempt that was part of a plot to overthrow his regime by a group of high-ranking generals. The unsuccessful coup had been followed by waves of repression directed against anyone within the German state apparatus suspected of posing a threat to the regime.

On January 24, Hitler appointed Heinrich Himmler commander of the newly formed Army Group Vistula, responsible for defending Berlin from the advance of Soviet armies along the Vistula River. Himmler was appointed despite his lack of military experience, because he was viewed as a trusted Hitler loyalist. 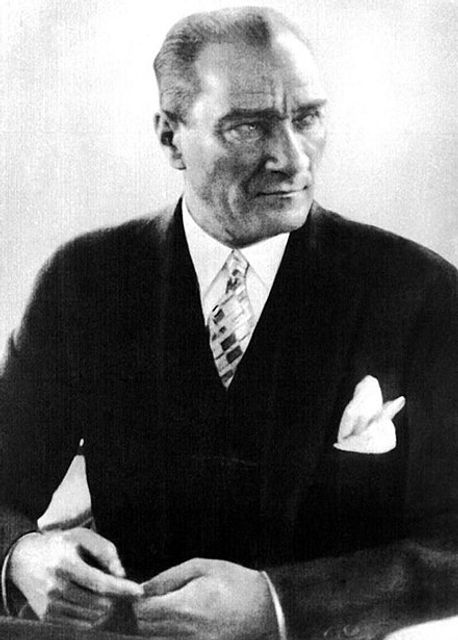 On January 21, 1920, Kemal Atatürk’s Turkish National Forces attacked the French-occupied city of Maras in south-central Turkey. French authorities summoned local leaders to a meeting and accused them of collaboration with nationalists who had been sabotaging French supply lines into the city. As the meeting dispersed, a Turkish police chief fired his revolver as the pre-arranged signal for nationalists inside the city to begin an uprising.

The French garrison, numbering about 2,000 men, consisting primarily of Algerian and Armenian troops, soon came under attack from both inside and outside of the city, which had been surrounded by nationalist forces. When French reinforcements broke into the city on February 7, they brought with them orders for a general evacuation. By February 11, the troops withdrew along with thousands of Armenian civilians, many of whom died on the retreat.

When Turkish nationalist forces entered the city, they set fire to Armenian houses and churches and shot civilians. As many as 12,000 Armenians were killed by nationalists, with the participation of some Turkish and Kurdish villagers.

The battle marked the start of what is known as the Turkish War of Independence. The Ottoman Empire, one of the Central Powers, along with Germany and Austria-Hungary, was broken up by Allied imperialists in the aftermath of its defeat in 1918. The largely Arab-populated Ottoman provinces in the Middle East, including areas that are now Jordan, Iraq, Palestine, Israel and Syria, were handed off to Britain and France, according to the secret Sykes-Picot Agreement of 1917.

The French and British also occupied key cities in Turkey itself beginning in 1918 and sought to posture as defenders of minority Greeks and Armenians. Greece, allied with the imperialists, sought territorial advantages as well. Turkish nationalists under Atatürk began a guerilla war against the imperialist powers. The fighting ultimately became a conventional war that pushed out the French and British. The war resulted in a major population exchange by Turkey and Greece in 1923 and established the Republic of Turkey later that year.