As the global oligarchy assembles at the World Economic Forum in Davos, Switzerland, there are growing warning signs that global debt, fueled by cheap money from central banks, is a ticking time bomb.

Global debt is on track to reach an all-time high of more than $257 trillion in the coming months after surging by around $9 trillion in the first three quarters of 2019, according to a report issued by the Institute for International Finance (IIF) earlier this month. 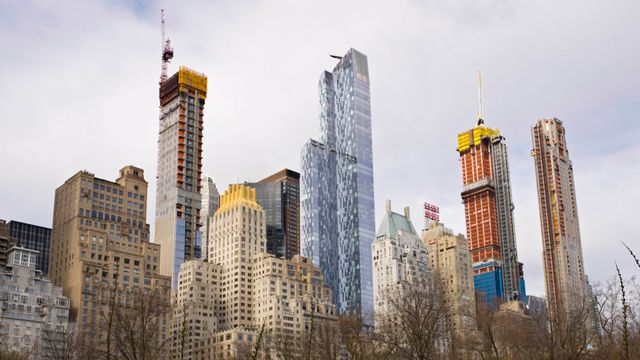 Total debt now amounts to $32,500 for each member of the world’s population of 7.7 billion and stands at 320 percent of global gross domestic product. In the major economies, total debt is $180 trillion, equivalent to 383 percent of their combined GDP.

Total government debt is more than $65 trillion, up from $37 trillion a decade ago, with the government debt to GDP ratio at an all-time high in the US and Australia. Non-financial corporate debt rose to more than $72 trillion last year and is now at a record high of 92 percent of GDP. Household debt has risen to $46 trillion.

The Institute of International Finance noted that debt growth in China is on the rise again as the economy slows. “Following a marked slowdown in 2017–18 during the big push for deleveraging, debt accumulation in China picked up again, notably in the non-financial corporate sector,” it said.

Total Chinese debt is now close to 310 percent of GDP, one of the highest in so-called emerging markets.

The report by the IIF follows similar findings by the World Bank. In a report issued last month, the World Bank said that since 2010 there had been a fourth “global debt wave,” which had led to developing countries accumulating a “towering” $55 trillion of debt—the highest level in history. It noted that the three previous debt waves had ended in crises—the Latin American crisis of the 1980s, the Asian financial crisis of the late 1990s and the global financial crisis of 2008–2009.

The rise in debt is the product of the injection of trillions of dollars into financial markets by the world’s major central banks—quantitative easing—in response to the global financial crisis and the reduction of interest rates to record lows. The major effect of these measures has been to create another bubble in financial markets, as stock prices attain record highs, thereby creating the conditions for another collapse potentially even more serious than that of 2008.

The signs of such a crisis are already apparent. An article in the Financial Times on Monday warned that “the developing world’s rapidly swelling corporate debt market is an accident waiting to happen,” citing a letter to investors by a major hedge fund. Gramercy Funds Management wrote that there was a risk of sudden dislocations as money was quickly pulled out.

“We are convinced that ‘liquid markets’ are not necessarily liquid,” Robert Koenigsberger, the chief investment officer wrote, in a letter co-signed by prominent financial analyst Mohamed El-Erian, a senior advisor to the fund. “The ‘perfect dislocation storm’ [is] waiting to happen.”

The lowering of interest rates, leading to negative returns on around $11 trillion of bonds on the latest count, has led to a shift into riskier investments in the search for higher yield. As a result, according to the Financial Times, the emerging market corporate bond market has expanded almost fourfold to $2.3 trillion in the past decade, with the high-yield sector increasing almost five-fold.

When the system is tested, Koenigsberger told the newspaper, “it is reasonable to expect that it will fail.” A test could come in the form of a rapid rise in financial uncertainty, possibly sparked by a recession or a crisis in one country.

Another potential risk factor is the growth of emerging market debt denominated in a hard currency, such as the US dollar, which becomes increasingly difficult to pay back if the local currency experiences a rapid devaluation. Hard currency debt reached $8.3 trillion in the third quarter of last year, an increase of $4 trillion over the past decade.

The potential for a debt crisis is being increased by the continuing slowdown in the world economy. In its latest update, issued to coincide with the World Economic Forum in Davos, the International Monetary Fund cut its growth forecast for 2020 from 3.4 percent to 3.3 percent and reduced the forecast for next year from 3.6 to 3.4 percent. These figures are only marginally above the 2.9 percent growth rate in 2019, the worst year since the financial crisis of 2008–2009.

The figure would have been even lower had the US Fed and other major central banks not cut interest rates in the second half of last year. IMF Managing Director Kristalina Georgieva said 71 interest rate cuts by 49 central banks last year marked “the most synchronized monetary easing since the global financial crisis.” She added that without them “we would have technically been talking about recession.”

An annual survey of almost 1,600 chief executives from 83 countries, conducted by PwC and released as the Davos meeting began, found that more than half expected a decline in growth in 2020, compared with 29 percent last year and just 5 percent in 2018. They said their companies were under more pressure than at any time in the past 11 years.

However, US President Trump brushed all these concerns aside in his keynote address to the Davos meeting yesterday as he extolled the policies of his administration, declaring it was a time for optimism.

“I’m proud to declare that the US is in the midst of an economic boom the likes of which the world has never seen," he declared. "America’s economic turnaround has been nothing short of spectacular. This is a blue-collar boom. The American dream is back, bigger, better and stronger than ever.”

This pack of lies is exposed on every front. American economic growth is hovering at just above 2 percent, the lowest level for any recovery in the post-World War II period. Far from lifting the living standards of American workers, what growth is taking place is highly concentrated within the financial oligarchy.

The much-vaunted tax cuts launched by the administration at the end of 2017 have not led to an increase in investment and well-paying jobs, but have been used almost exclusively to finance share buybacks in order to boost the stock market.

At the same time corporate debt has risen to nearly $10 trillion, equivalent to 47 percent of GDP, with the weakest firms accounting for much of the increase as they undertake riskier financial operations. The growth of US debt prompted a warning last year from IIF debt specialist Emre Tiftik that the US was “sitting on top of an unexploded bomb, and we really don’t know what will trigger the explosion.”