Banks to give $10 billion bailout to Boeing, nothing to the families of the dead

Airplane manufacturer Boeing has secured at least $6 billion in loans from major banks, including Bank of America, Citigroup, JPMorgan Chase and Wells Fargo, and is seeking a further $4 billion, according a report citing internal sources by the financial news channel CNBC.

The company is looking to offset losses estimated at $1 billion a month from two crashes and the resulting grounding of its flagship 737 Max 8 aircraft. The combined death toll from the October 2018 crash of Lion Air Flight 610 and the March 2019 crash of Ethiopian Airlines Flight 302 was 346. 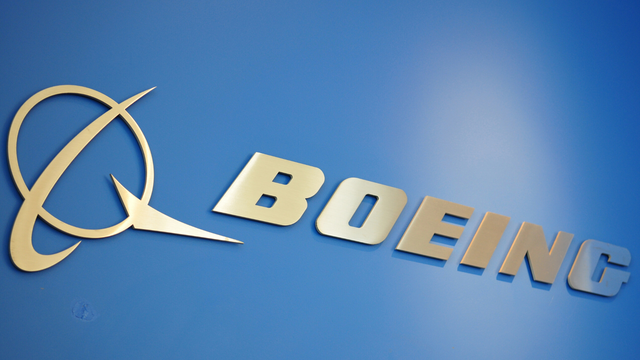 It is unclear when or even if the Max 8 will ever fly again. In the 10 months since its grounding, a steady stream of internal leaks, news reports, interviews with former employees and congressional hearings have provided a mountain of evidence pointing to criminal negligence, deadly safety short cuts and concealment of known dangers on the part of Boeing management, facilitated by the Federal Aviation Administration (FAA) and top government officials. Yet not a single company executive or regulatory head has been criminally charged, let alone prosecuted and convicted.

These figures have instead been richly rewarded. Ex-CEO Dennis Muilenburg, who was forced from his position in December, walked away from the company with $80.7 million in compensation for overseeing the final development, production and certification of one of the deadliest commercial aircraft ever to fly. Michael Luttig, who until recently was Boeing’s chief legal counsel, last year sold shares worth $6.5 million and was gifted shares currently worth $3.6 million.

Even the loan that is being extended to Boeing is constructed to maximize the company’s profits. It will likely be what is known as a delayed-draw loan, designed to have no immediate impact on the company’s credit rating, unlike loans provided to workers. This will provide Boeing extra capital to pay its investors, including firms such as Vanguard and T. Rowe Price, which have continued to receive dividends on their shares throughout the Max 8 grounding.

Investors are also expecting Boeing to use the funds to help complete its $4 billion acquisition of Embraer, which has plans to develop new propeller planes for shorter, regional flights.

In contrast, a pittance has been provided to the 346 families that lost loved ones in the two crashes. The total allocated for them is $50 million, amounting to $144,500 per crash victim. This is less than what Muilenburg averaged in a month. At the same time, Boeing has agreed to pay airline corporations $5.6 billion in compensation for lost profits, more than 10 times its compensation to grieving families.

Nor has any relief been provided to the thousands of workers whose livelihoods are being destroyed as a result of the grounding and production halt of the Max 8. Earlier this month, Boeing subcontractor Spirit AeroSystems, based in Witchita, Kansas, indefinitely laid off 2,800 employees. The parts manufacturer generates nearly 50 percent of its income from producing the fuselage for the 737 Max.

General Electric has announced it is laying off 70 temporary employees at its jet engine factory in Quebec as a result of the grounding. While the company was planning these layoffs, it paid its chairman and CEO Larry Culp more than $15 million to oversee job cuts.

Boeing has been further hit by an expose published Monday in the New York Times concerning a crash of a Boeing 737-NG that occurred in February of 2009. A fresh review of the evidence in that crash, which occurred outside of Amsterdam and killed nine people, shows that a faulty sensor triggered a computer command that could not be overridden by the pilots, causing the Turkish Airlines flight to plummet to the ground. This is essentially the same malfunction that caused both Max 8 crashes.

While the findings from that time by the Dutch Safety Board primarily blamed the pilots, it has come to light that a contemporaneous study by Dr. Sidney Dekker, an aviation safety expert, was suppressed at the behest of Boeing because it made clear that the crash was primarily Boeing’s fault. The airplane manufacturer used only a single sensor to trigger the computer command, rather than following normal safety protocol and requiring a second sensor to set off the command.

In the aftermath, it was revealed that Boeing had upgraded its software to take inputs from two sensors in order to avoid this very problem, but had made the second sensor an optional feature on its NG aircraft, installed at an additional cost to the airline. This upgrade, moreover, was incompatible with many older models of the plane, including the one that crashed.

In the case of both the Max 8 and the earlier 737 model, Boeing knew that its software had potentially deadly consequences but kept hidden from airlines, pilots and the flying public knowledge of the problem and the fact that it was working on a fix.