On January 16, Bangladesh Refugee, Relief and Repatriation Commissioner Mahbub Alam Talukder declared that Bhasan Char, a small island in the Bay of Bengal, was “ready for habitation,” and had “everything in place” to accommodate 100,000 Rohingya refugees.

Around 700,000 Rohingyas fled Burma, or Myanmar, following genocidal repression by the Burmese army in August 2017. Together with those who previously fled Burma, there are more than 1.1 million Rohingya refugees in Bangladesh, most living in makeshift dwellings in overcrowded camps without clean water and proper sanitation. 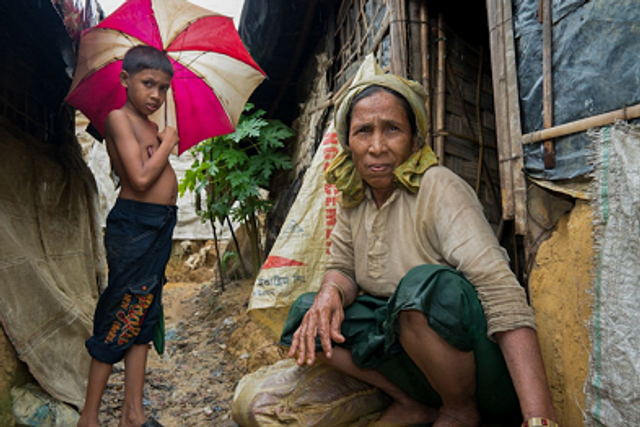 While Commissioner Talukder claimed the island was “ready for habitation,” the isolated and previously uninhabited island, which emerged from the Bay of Bengal’s muddy waters about two decades ago, is physically unstable and prone to cyclones. Domestic and international human rights organisations have questioned the suitability of the government plan.

Irrespective of the truth of the government’s claims, any accommodation and infrastructure facilities that may exist on the island will be grossly inadequate and prison-like.

Prime Minister Sheik Hasina’s Awami League-led government has banned foreign journalists from visiting the island, and not announced when the Rohingya refugees will be sent there. So far, only 3,500 have agreed to move. 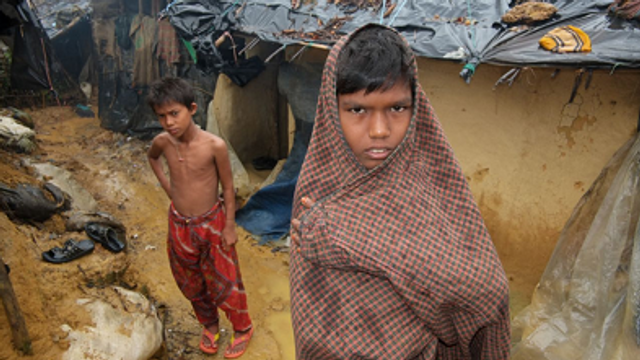 More than 610,000 refugees are currently living in grossly congested camps, surrounded by barbed-wire fences, on Cox’s Bazar in southeastern Bangladesh, about 350 kilometres from Dhaka. Refugees are banned from leaving the camps and the government has installed checkpoints on nearby roads. Dhaka has launched a crackdown inside the camps, shutting down shops run by refugees, blocking internet services, confiscating mobile phones and imposing a daily 8 p.m. curfew.

In addition, government authorities have warned employers not to hire Rohingya refugees, many of whom attempt to earn a living as casual porters, night guards and construction labourers. Over 40 non-government organisations, which do most of the refugee relief work for the poverty-stricken refugees, have been suspended by the government on various pretexts.

These brutal measures, which are designed to force the Rohingyas onto Bashan Char or leave Bangladesh, were stepped up after government’s attempts to repatriate Rohingya refugees—that is force them back into Burma—failed again last August. 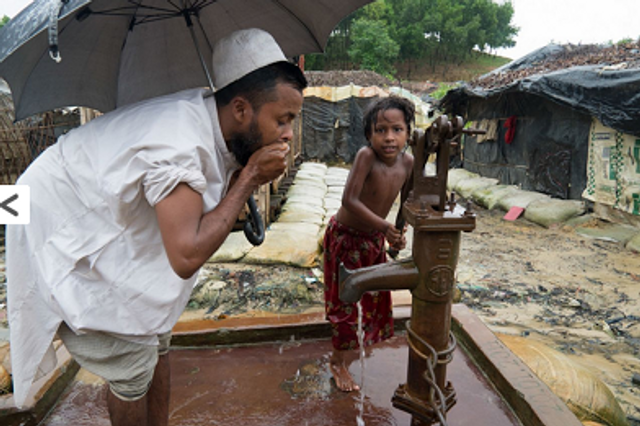 The Bangladeshi government does not recognise the Rohingyas as refugees, the vast majority of whom are women and children. It defines them as “forcibly displaced Myanmar nationals.” Facing this worsening situation and in fear of forcible relocation, some Rohingyas have attempted to flee Bangladesh. Last month, the Burmese navy seized some 200 refugees, including 69 women and 22 children, as they were trying to reach Malaysia or Indonesia.

Over 500,000 Rohingya children in the Bangladeshi camps cannot attended public schools and are barred any access to formal education. The United Nations Children’s Fund (UNICEF) and its partners teach Burmese, English, mathematics and life-skills to about 145,000 Rohingya children, aged 4 to 14, for two hours daily at some 1,600 learning centres inside the refugee camps.

There are no educational facilities in the camps, however, for young people aged 15 to 18. Some children, mostly boys, receive religious education from Islamic religious institutions or madrasas.

A Human Rights Watch (HRW) report in December stated that only ad hoc classes were allowed for refugee children and warned about a “lost generation” of young men, who were vulnerable to criminal gangs.

HRW said the situation was worse for girls outside the camps, who were being preyed upon by human traffickers who falsely promise jobs and forcing some into prostitution. Even in the camps, the girls faced the prospect of sexual abuse and child marriages. “Rohingya refugee children have been watching their chance for an education and a better future evaporate, and two years on there is still not even a plan to enroll them in schools,” HRW’s associate children’s rights director Bill Van Esveld told the media on December 3.

Prime Minister Sheik Hasina, in line with her government’s anti-Rohingya refugee rhetoric, told the Dhaka Global Dialogue 2019 last November that the Rohingyas are not “only a threat to Bangladesh but also to regional security.”

Rohingyas are not the only Muslim refugees in Bangladesh living in appalling conditions in violation of their basic democratic rights. There are also the “Bihar Muslims” or the “stranded Pakistanis” who fled the eastern Indian state of Bihar during the 1947 partition of the former British-ruled Indian sub-continent.

Confronted with rising anti-Muslim pogroms in Hindu India, they escaped into East Pakistan, later to become Bangladesh. The poverty-stricken “Bihar Muslims,” who speak Urdu instead of Bengali, are poorer and less educated, working as mill workers and small shopkeepers.

The Bangladeshi government’s persecution of refugees is part of a global phenomenon. Under conditions of an intensifying world crisis of capitalism, the ruling elites in every country attempt to divide the working class by vilifying oppressed minorities and whipping up communalism to divert attention from the failure of the profit system.

Whilst these repressive measures are directed against refugees, they are aimed against all working people and can be stopped only by a unified international and socialist movement of the working class to overthrow capitalism.