Amazon’s Prime Video streaming service released the third season of its Emmy award-winning flagship comedy The Marvelous Mrs. Maisel in December. The series follows two middle-class Jewish families in New York as the decade of the 1960s opens. A colorful and often humorous historical fantasy, Maisel represents a serious effort. There are many elements of life that are not here, but there are also elements that are.

At the center is Midge Maisel (Rachel Brosnahan), the Bryn Mawr-educated daughter of Columbia University professor Abe Weisman (Tony Shalhoub) and his wealthy wife Rose (Marin Hinkle). Midge’s marriage to Joel Maisel falls apart because of his insecurities about her talent for standup comedy. 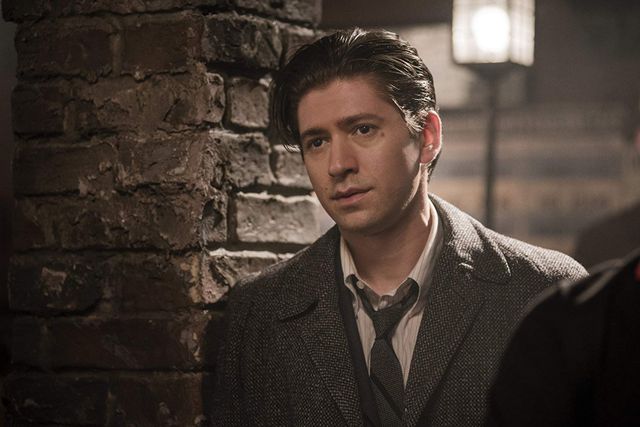 As Season Three begins, Midge and Joel still have romantic feelings for one another, and mutual respect—Midge for her ex-husband’s parenting ability; Joel for her talent and rising stardom. The tension between their love for and distance from one another features prominently, and has a sympathetic, credible character. It can be quite humorous, as when the Maisels get along so well at their divorce hearing that the judge hesitates to dissolve their marriage at all.

Thematically, Maisel addresses the shifting role of women, and social and economic changes in the US more generally, with artfulness and subtlety. By Season Three Midge has already joined the workforce, touring the nation as the opening act for fictitious doo-wop singer Shy Baldwin (Leroy McClain). Toward the Season’s end, Midge’s best friend Imogene (Bailey De Young) has had enough of her husband’s flakiness, marching into a secretarial school in a bid for financial and personal independence. (In a memorable scene, the camera pans out from Imogene typing to a giant room full of women all learning a new trade, indicative of a rapidly changing workforce.)

Midge’s mother personifies this shift as well. After Abe quits his teaching job, ruining his and his wife’s finances, Rose petitions the family trust’s board of trustees for additional income. The male-dominated body is all too happy to oblige but only after demeaning her ad nauseam. One of the funniest scenes of the Season Three shows an exasperated Rose at the board meeting with her imbecilic male relatives telling her that a woman could never have a seat on the board—though a ten-year-old boy is in the meeting—after which she points out that the family oil company was founded by “grandma.” She storms out of the meeting with an oil painting of the family matriarch, shouting, “Come on, grandma, girls aren’t welcome here.”

The most vibrant and sympathetic character is Midge’s short, stout, determined manager, Susie Myerson, played with great flair by Alex Borstein (Family Guy, MADtv). Educated by hard knocks, Susie means to fight her way, and Midge’s way, to the big leagues. Entranced immediately by Midge’s comedic gift, she encourages and promotes the unlikely star, learning management from scratch and by the seat of her pants. 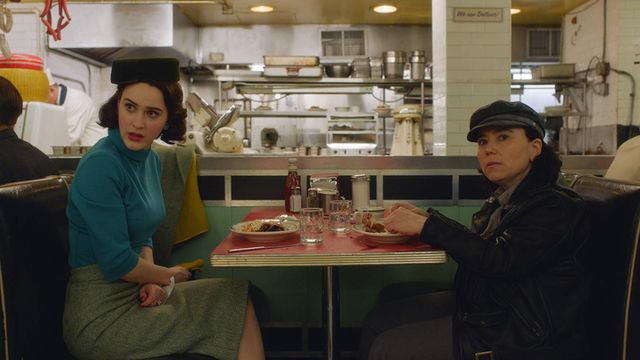 Rachel Brosnahan and Alex Borstein in The Marvelous Mrs. Maisel

Susie’s contradictions fuel too many humorous moments to recount. Her poverty is comical, especially in her apartment where the fold-down bed has to be stowed away to open the only door. She sublets to the emcee of a comedy club, who sublets to a creep obsessed with Susie. The sardine-can life doesn’t faze Susie, who proudly answers her phone, “Susie Myerson and Associates” although her only “associates” are her seedy roommates.

Through Susie the creators of Maisel, Amy Sherman-Palladino and husband Daniel Palladino (Gilmore Girls), ridicule the entertainment industry. To be taken seriously, Susie adopts the industry practice of making bizarre demands in negotiating Midge’s contracts, for example, a bowl of butter or dozens of teddy bears must be in the hotel room at the venue.

Other characters and their subplots generally hit home as well—the main exceptions being those relating to Joel Maisel’s launching of a comedy club in Chinatown. The conflict between the elder Maisels and the Weismans—representing two different social layers within the Jewish professional classes—makes for serious laughs. When, for example, the Weismans flee their temporary residence at the Maisels’ home, Abe groans that Mrs. Weisman’s constant cooking of onions and cabbage was “punitive.”

Abe’s character feels strained after making an abrupt 180-degree turn at the end of Season Two. From being a stodgy, conservative and self-satisfied academic who vacations in the Catskills every summer, he suddenly hungers for his (implausibly) radical past. This takes on various forms in Season Three—he’s a free speech advocate for persecuted comic Lenny Bruce; an amateur newspaper editor with a group of malodorous young radicals; and eventually, a theatre critic for the Village Voice. 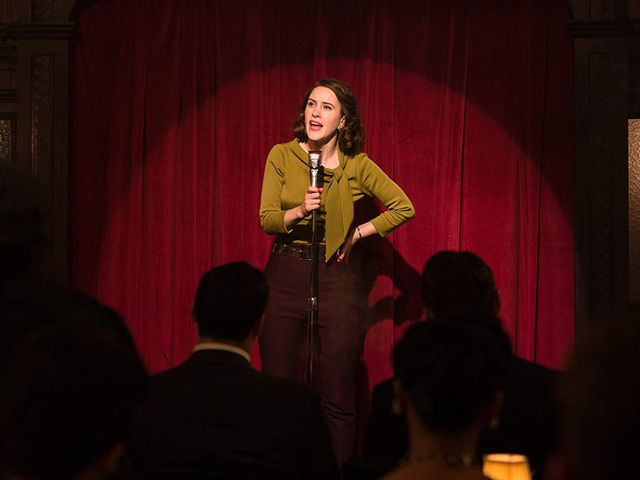 To be sure, some worthwhile material emerges in this strand of the plot. For example, when his radical friends can’t handle criticism of their new publication—called “Title to come” and announced on the paper’s fourth page—they defend it in the most infantile terms. “Trotsky used the same font in his earliest pamphlets. This font could change the world,” one of them staunchly informs Abe. (The conversation goes on: “I mean, it’s not even shaped like a newspaper.” “You mean it’s not shaped like the New York Times. The fascist New York Times.”) Punctuation and spelling, “and page numbers” are equated with “a corporate, sanitized, proofed paper,” and on and on they prattle … on their way to have their parents do their laundry and cook for them. These middle-class showboaters—tomorrows ex-left—are real to the touch.

At the same time, with Abe’s evolving radicalism one senses that the creators may well be in over their heads, or at least very close to it. As a matter of character development, it feels that there are “two Abes” simply stacked one atop the other, lacking a credible dramatic transition. Certainly, history pulls people in conflicting directions; great changes of political orientation do happen. But a more intricate—in a word, artful—exploration of Abe’s transitions would require a more developed understanding of historical forces.

Maisel portrays some of the uglier aspects of the era—racism, sexism and homophobia—commendably, and without hysterics. These phenomena influence the characters’ lives and the plot without sermonizing. For example, it feels positively bizarre when Midge and Shy Baldwin have to part company one evening because Shy and the black members of his band stay at a separate (but “equal”) hotel during the Miami leg of their tour. Likewise, Shy’s concealed homosexuality comes across in very sympathetic terms, through a palpable and corrosive loneliness. 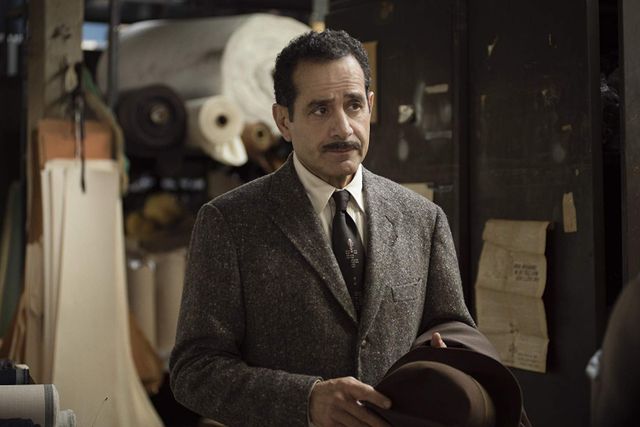 A word about the show’s fantastic—in the sense of unreal or imaginary—nature. Inspiration for the show came from the comedian father of creator Amy Sherman-Palladino (Gilmore Girls). A regular act on cruise lines and in the Catskills, Sherman-Palladino’s father regaled her with tales of his travels and exploits. His life in show business was “the [most] romantic thing in the world. And then I made a show about it and turned him into a woman,” Sherman-Palladino said in an interview.

A question haunts the admiring viewer of The Marvelous Mrs. Maisel: Season Three: can the series carry on with dignity? Will it run out of steam? Go out of control? Certainly, a powerful impulse exists to drain every last drop of value from the characters. One hopes that Abe will not run for president in Season Four, or found an avant-garde theatre on Mars in Season Five.