The US saw the first rise in life expectancy in 2018 after three consecutive years of decline. As life expectancy is one of the key measures of the health of a society, the news has been welcomed. However, as the figures show that life has been extended by just over a month, it would be a mistake to draw the conclusion that the change signals the beginning of a significant upward trajectory in US lifespans. 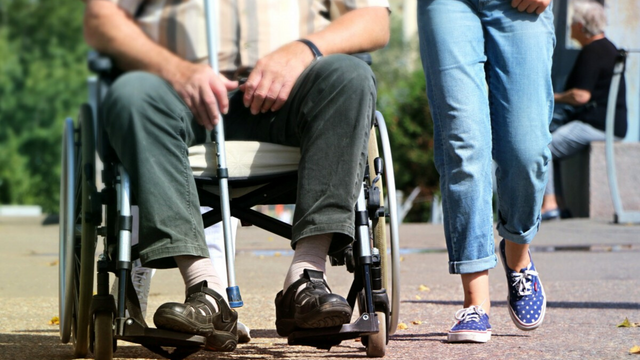 With the current corona virus outbreak and predictions of a particularly virulent strain of the flu this season, there is every reason to believe that deaths from influenza and other infectious diseases will continue to rise. An estimated 61,000 people died of influenza during the 2017-2018 flu season.

A report released in October by the Centers for Disease Control and Prevention (CDC) showed that the suicide rate for Americans ages 10-24 increased by 56 percent between 2007 and 2017. During this same period, suicide ideation, or thoughts of suicide, and suicide attempts doubled for adolescents and young adults. There is every reason to expect these figures to continue to rise, as unemployment, tenuous employment, low wages, rising college debt and bleak future prospects for youth continue unabated.

“We should be cautiously optimistic,” Regina LaBelle of the O’Neill Institute for National and Global Health Law Georgetown University Law Center told BuzzFeed News. “Optimistic because it appears that life expectancy didn’t decrease again and overdose deaths are down slightly. But cautious because this is a one-year snapshot of a moving picture.”

While the 2018 figures show a 4 percent decline in drug overdose deaths, these gains were spread unevenly across the country. Drug overdoses dropped in 14 states and the District of Columbia, but they continued to increase in California, Delaware, New Jersey and South Carolina.

And while overdose deaths are down, deaths from cocaine, after holding steady for many years, increased a staggering 52 percent between 2015 and 2016, according to the CDC. The trend has continued in the most recent federal data. Cocaine-involved overdoses now kill approximately 13,000 people a year, threatening to compete with deaths from opioid pills and heroin.

Researchers point to fentanyl, a synthetic opioid pain reliever that is 50 to 100 times more potent than morphine, as a cause of the rise in cocaine deaths. Illegally or illicitly made fentanyl is often mixed with cocaine to increase its addictive qualities, often without the knowledge of the user.

The CDC reports that as recently as 2012, fewer than 200 of reported cocaine overdoses involved fentanyl; by 2016, that number had increased to more than 4,100—about 40 percent of all cocaine deaths. The tainting of cocaine with fentanyl is much more common on the East Coast, particularly in Massachusetts, New Hampshire and Maine. On the West Coast there appears to be little mixing of cocaine and fentanyl.

An accompanying NCHS report on drug overdose deaths found that from 2012 through 2018 the rate of fatal overdose deaths involving cocaine more than tripled and methamphetamine death rates increased nearly fivefold. Despite the 4 percent drop, overdose deaths still claimed 67,000 lives in 2018. Life expectancy declines in recent years have been much more pronounced in former industrial cities, much of Appalachia and in many small rural towns and cities in the Midwest.

Over the past decade (2010-2019), an estimated 534,000 lives were claimed by drug overdoses. The overdose epidemic has overtaken both vehicular accidents and gun violence as a leading cause of death nationwide. Far more deaths are claimed by overdoses than AIDS did at its height.

The Trump administration has touted the reduction in overdose drugs as the outcome of its public health policies. “This news is a real victory,” Health and Human Services (HHS) Secretary Alex Azar said in a statement. “The drop in overdose deaths shows that the President’s new level of focus on the opioid crisis, and the administration’s science- and community-based efforts to combat it, are beginning to make a significant difference.”

By contrast, according to a 2017 Reuters report, the Department of Homeland Security estimates that Trump’s proposed border wall will take three and a half years to build and cost $21.6 billion—12 times of the amount allocated for new funding to fight opioid addiction and resulting deaths.

The infant mortality rate (IMR), which is the ratio of infant deaths in the first year to live births in a given year, decreased 2.3 percent, from 579.3 infant deaths per 100,000 live births in 2017 to 566.2 in 2018. The 10 leading causes of infant deaths remained the same for the two years. The only statistically significant decreases in IMR were for unintentional injuries, which decreased by 9.9 percent from 2017 to 2018, and cord and placental complications, down 12.8 percent.

According to historical life expectancy data compiled and estimated by the United Nations from 1950 to 2020, life expectancy in the United States has just begun to surpass 2011 figures, which was two years after the Obama administration declared the end of the Great Recession. The UN estimates that US life expectancy will only rise to 78.93 in 2020, just .23 years over present figures.

The UN’s projected 2020 life-expectancy rate for the US lags behind that of 35 other nations, including much of Europe, Hong Kong, Singapore, Australia, South Korea, Israel, Canada, New Zealand, Taiwan, Qatar, Chile, Guam, Barbados and Curacao. It is a stain on the record of the US that in the country that spends more per person on health care than any other, more people die prematurely than in the vast majority of the world’s industrialized and growing economies.

The particularly extreme levels of social inequality in America—and the subordination of medical care and social infrastructure to the profits of the health care industry and wealth of the oligarchy—lie at the root of the stagnation of US life expectancy. This crisis can only be addressed through the genuine socialization of medicine and health care delivery that establishes health care as a basic social right.