President Donald Trump signed an executive order on Friday that imposes travel restrictions on six more countries with large Muslim populations, bringing the total number of nations under the US travel ban to 13.

Immigrant visas are being suspended for Nigeria, Myanmar, Eritrea and Kyrgyzstan, and people from Sudan and Tanzania will be prevented from entering the US diversity visa program, which provides green cards to immigrants. According to the Department of Homeland Security, the ban will not apply to non-immigrant travelers such as students, tourists or people visiting the US on business.

Trump signed the new order almost exactly three years to the day after he enacted the original Muslim travel ban, one week after he took office. The new rule will go into effect on February 22 and adds the six countries to the current list of Iran, Libya, Somalia, Syria, Iraq, Iran, Yemen, Venezuela and North Korea. The initial travel ban executive order went into effect on February 1, 2017.

The current decision is transparently motivated by domestic political considerations, as President Trump seeks to whip up extreme right-wing nationalism as part his 2020 reelection strategy. Taking the step in the final days of the impeachment trial in the Senate and the lead-up to his State of the Union Address on Tuesday, Trump is openly encouraging anti-immigrant and anti-Muslim hatred within his fascistic political base.

In response to the proclamation, Omar Jadwat, the director of the Immigrants’ Rights Project at the American Civil Liberties Union, said, “Trump is doubling down on his signature anti-Muslim policy and using the ban as a way to put even more of his prejudices into practice by excluding more communities of color.”

In an effort to deflect attention from the obvious, White House Press Secretary Stephanie Grisham said, “President Trump’s security and travel proclamations have immeasurably improved our national security, substantially raised the global standard for information-sharing, and dramatically strengthened the integrity of the United States’ immigration system,” adding, “The orders have been a tremendous and vital success.”

According to the New York Times, the expanded restrictions are likely to block 12,300 immigrants over the next year “from resettling, finding work or reuniting with their families in the United States.” Nigeria, the largest economy and largest population—200 million people—on the African continent, will be the most severely impacted, with nearly 8,000 immigrant visas issued last year.

The White House claimed Nigeria had an “elevated risk and threat environment in the country.” The country’s minister of information and culture, Lai Mohammed, told the Times that no one in his country had been notified that Nigeria was being placed on the new list. Although Nigeria has partnered with the US military as part of the coalition fighting Islamist militias, Mohammed said, “It would be a double jeopardy: The country has committed a lot of resources to fight terrorism.”

In an expression of imperialist bullying against the other five countries, the White House said that none had complied with the administration’s requirement for information-sharing related to terrorism data and none had updated its passport system. The White House added that it had issues with international criminal reporting methods.

In the case of Myanmar, also known as Burma, where sectarian violence has forced Rohingya Muslim refugees to seek asylum abroad, the travel ban blocks a possible road to safety or family reunification. Krish O’Mara Vignarajah, president of Lutheran Immigration and Refugee Service, a refugee resettlement agency, said, “Nearly 5,000 Burmese refugees started to rebuild their lives in America last year, many of whom seek to reunite with family still in harm’s way.” 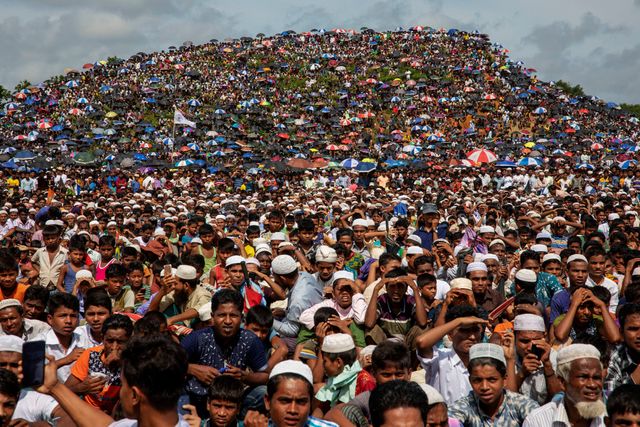 News of the expansion of the list of banned countries began to leak on January 11 when the Associated Press reported that the White House was considering “dramatically expanding its much-litigated travel ban to additional countries amid a renewed election-year focus on immigration by President Donald Trump, according to six people familiar with the deliberations.”

During his trip last week to Davos, Switzerland for the World Economic Forum, Trump said he planned to add “a couple of countries” to the ban, when everyone already knew that six or seven countries were being added.

Early reports on the impact of the travel ban show once again that Trump and his advisors are hell-bent on pursuing their xenophobic political agenda no matter the fallout. A report on Vox notes, for example, “Although it doesn’t affect student visas, it could also discourage students from coming to the US for their studies, since they might not have the option to remain in the country permanently. Almost 13,000 Nigerian students came to the US last year.”

Meanwhile, in an interview with National Public Radio, David Wilson, president of Morgan State University in Baltimore, Maryland, said that “at Morgan, we have roughly 10 percent of our nearly 8,000 students or so who are international, representing 60 countries. And of that 10 percent, about 20 percent of those students are from Nigeria.”

Nearly 80,000 visa applications have been subject to the travel ban since December 17, according to data from the State Department. Exceptions have been granted to just 6,333 immigrants and another 17,798 were granted waivers.