The move makes the closure of the Belvidere plant a distinct possibility. The buyout offers arrived the same week that workers returned to work following a two-week layoff, and came shortly after a further weeklong shutdown. The plant’s entire third shift, comprised of 1,371 workers, was also laid off last May. The plant produces the Jeep Cherokee, whose sales declined 20 percent to 191,397 in 2019.

The 3,900 figure is equivalent to the plant’s entire current workforce, although the buyout packages have reportedly been offered to laid off “C”-shift workers. A company spokesperson did not specify if more buyouts would be offered after the March 11 deadline, or if more layoffs were incoming. 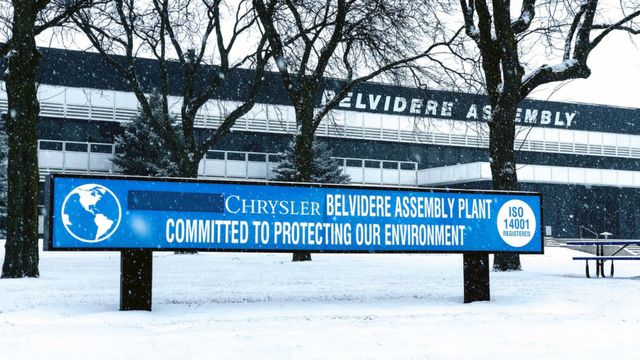 There are two separate buyout packages being offered. The first is the “Incentive to Retire Program” (IRP), which is a $60,000 lump sum payment. This is being offered nationwide at all three Detroit-based automakers as part of the new United Auto Workers contract, with the aim of driving thousands of higher-seniority workers out of the plants.

The second option is known as the Voluntary Termination of Employment (VTEP). VTEP also offers a lump sum payment, which varies based on seniority. Those who accept this option are not eligible for rehire, recall or re-employment with the company. Significantly, this means they will not be eligible for relocation to the remodeled Mack Avenue complex in Detroit when it opens at the end of this year, paving the way for the company to run the plant using “in progression” and temporary workers.

The company’s investment in Detroit, which also includes an expansion of the existing Jefferson North Assembly Plant, is to take advantage of hundreds of millions of dollars in incentives from the local government, as well as to take advantage of the depressed labor market in the Motor City. After decades of plant closures and the destruction of hundreds of thousands of jobs, thousands of applicants have swarmed FCA for a chance at a job in the plant, the majority of which, according to local media, will pay $17 per hour.

The replacement of high-seniority workers with second-tier and temp workers has been the company’s strategy for years. It was clearly spelled out in 2014 by the late FCA CEO Sergio Marchionne, who stressed in a conference call with investors that a major obstacle to increased profits were “legacy” and veteran workers. “We need to freeze the tier ones and make them a dying class,” Marchionne said. “I object violently to the notion of entitlement in the wage structure.”

The UAW has not released a statement in regards to layoffs, remaining silent as potentially thousands of members leave its ranks permanently. The silent complicity of the union demonstrates again that the UAW is not a workers organization, but an appendage of corporate management.

Much of the top leadership of the union is embroiled in an expanding corruption scandal which began with revelations that top union negotiators accepted millions in bribes from FCA in exchange for kickbacks in contract negotiations. While the scandal has since spread to the union’s General Motors department as well as the current and previous two presidents, the scale of the corruption at Fiat Chrysler allowed GM, in a recent lawsuit, to accurately describe the UAW as an “FCA-controlled enterprise.”

While the Belvidere plant is located in Boone County, roughly seventy percent of the workforce, according to Nathan Bryant, president and CEO of the Rockford Area Economic Development Council (RAEDC), lives in nearby Winnebago County, specifically Rockford.

The third largest city in Illinois, the working class city of Rockford is home to dozens of abandoned or condemned buildings. The unemployment rate in the city is a staggering 5.6 percent, one and a half times the national average. However, this is by no means unusual in much of the country’s Midwestern “Rust Belt,” where whole communities have been devastated by plant closures since the 1970s.

Confirming the massive economic impact that Belvidere factory has on the local economy, Boone County board member Bernard O’Malley stated to reporters that, “If the Chrysler Plant would close, or if it would decrease a shift, that would impact our sales tax revenue and our income tax revenue stream, which makes up 31% of our county’s income.” This would inevitably lead to massive cuts to social services.

In comments to local media, Bryant acknowledged the economic value of the plant to the community while downplaying the significance of the move, stating it was “certainly not a surprise,” and that it is “just part of the ebb and flow of business.”

Bryant cited the moratorium on plant closures in the FCA contract, claiming that it “[requires] that plant to be open for the next four years.” However, the moratorium contains so many exceptions—including “acts of God, catastrophic circumstances, market related volume declines, or significant economic decline”—as to be essentially meaningless. Moreover, there is no reason to believe the UAW would enforce it. It allowed General Motors to close three US plants, including the historic Lordstown Assembly plant in northeastern Ohio, in violation of its own moratorium on plant closures.