Volkswagen works council agrees to destruction of 20,000 jobs in Germany

Only one week after the chairman of the board of the Volkswagen Group (VW), Herbert Diess, announced a “radical restructuring” and the “slaughter of sacred cows,” in an incendiary speech before company managers, the chairman of the VW general works council, Bernd Osterloh, jumped to his side.

At a press conference last week in Wolfsburg, Osterloh declared that he saw no alternative to the corporate strategy adopted, declaring, “This is the right way forward.” The company and the works council have already agreed to destroy one in five of approximately 100,000 jobs. 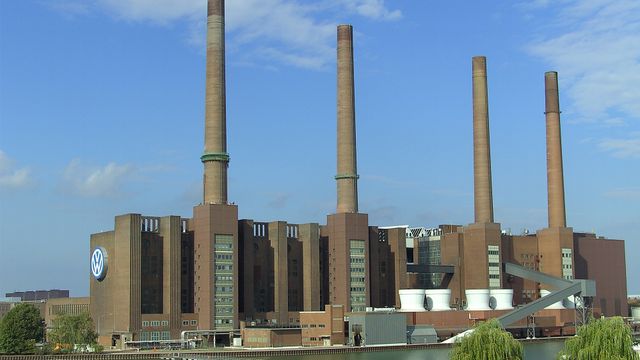 Starting this year, according to EU regulations, VW, like all manufacturers, must achieve an average emission value of 95 grams of carbon dioxide per kilometre driven. So far, the world’s largest car manufacturer, which includes brands such as Audi, Skoda, Seat, Porsche, VW, Lamborghini and Scania, is far above this. Given the current average value for carbon dioxide emissions, VW would theoretically have to pay fines of more than €4 billion.

In order to avoid this, the works council, run by the IG-Metall union, is supporting the company’s top management in its announced “radical restructuring.” Many more electric cars must be built and sold. This in turn will lead to massive job cuts, as the production of electric vehicles is significantly less labour-intensive.

Works council leader Osterloh expressly supports this. He therefore avoided commenting at all in detail on Diess’ incendiary speech, although it was an open declaration of war on the company’s 660,000 employees worldwide, but above all on the 100,000 VW workers in Germany.

Osterloh claimed he did not know what Diess might have meant by the “sacred cows.” Finance daily Handelsblatt reported, “In corporate circles, this was seen as a conscious decision by Osterloh not to start a new conflict within the group.” The business challenges posed by electrification and digitization were so great that no additional internal conflicts need be stirred up, the paper said.

Osterloh, Diess and the entire workforce know what is meant by “sacred cows.” It is not profits, whose defence and increase Diess constantly reminded us of in his speech. In this way, the company’s stock market value is to rise to €200 billion, more than doubling.

What is meant by “sacred cows” are the jobs, wages and working conditions that will be sacrificed on the altar of profit.

When the head of the works council agrees with the company boss at his annual press conference, after the latter had announced massive attacks a week earlier, this shows how closely the works council, the union and the company’s top management collaborate. Both sides had already agreed on everything before Diess’ inflammatory speech.

Traditionally at VW, the union representatives play a major role in directing the company. The 20-member Supervisory Board consists of 10 representatives of IG Metall and the company works council members, including Osterloh himself, along with the chairmen of the works councils at the subsidiaries Audi and Porsche, and the national chair of IG Metall, Jörg Hofmann, who is also the deputy chairman of the Supervisory Board. Because the state of Lower Saxony is a major shareholder in Volkswagen, the state premier Stephan Weil (Social Democratic Party, SPD) and his Economics Minister Bernd Althusmann (Christian Democratic Union, CDU) also sit on the Supervisory Board.

The union and SPD have therefore always held a key position at VW when sharp changes are being implemented. Five years ago, IG Metall chairman Berthold Huber had even taken over as head of the supervisory board pro tem, shortly after he celebrated his 60th birthday in the Chancellor’s Office at the invitation of Angela Merkel, together with top politicians and business leaders. Osterloh presented the company’s Executive Board with a 400-page cuts program running to €5 billion in 2014.

Since then, the works council, headed by Osterloh, has pushed through the elimination of tens of thousands of jobs, most recently 30,000 as part of the so-called Future Pact in 2016. When Diess was brought to VW from BMW in 2015, Osterloh boasted that the restructurer was “his man.” When Diess became head of the entire group in 2018, business weekly Wirtschaftswoche ran the headline, “A CEO by the grace of Osterloh.”

Osterloh, the VW works council and IG Metall continue to be the driving force in bleeding the workforce dry in order to maximise profits. Last week, Osterloh announced almost casually that up to 20,000 jobs would probably be cut in the course of electrification at German locations, one in five jobs.

Osterloh wants to make these job cuts “socially acceptable.” The works council had already agreed with the company to cut jobs by expanding part-time working arrangements for older employees. So far, only those born up to 1962 can take advantage of these regulations, but now they are to be extended to employees born up to 1967.

Once again, it is clear that VW workers are not only confronted with a globally operating car company and its shareholders, worth billions, but also with the trade unions and the works council representatives, who are elaborating and enforcing the attacks together with the company management.

As well as VW, other car manufacturers have announced massive job cuts, including Daimler, Opel, Ford and General Motors. Autoworkers worldwide have a common interest in the use of modern technologies to improve their working conditions and, beyond that, the standard of living and cultural level of all humanity. But the opposite is the case. Workers are losing their jobs and livelihoods, and the wealth of society is flowing into the pockets of a tiny minority.

This wealthy layer also includes the leaders of the trade unions and works councils. They receive incomes that workers can only dream about. The form of this corrupt collaboration may differ from country to country. In essence, it is always the same. In the US multiple United Auto Workers union (UAW) officials have been accused or have pleaded guilty to stealing millions of dollars in union funds and accepting bribes from the companies. In Germany, corruption is regulated by law within the framework of the system of “co-determination” that gives the unions a seat at the board table. Volkswagen pays its works council representatives sums running into the millions. Osterloh alone received over €3 million in the five years from 2011 to 2016.

Trade union officials therefore have a common interest in suppressing the class struggle and any effort to defend wages, working conditions and jobs. True to their nationalist perspective, they see their task in ensuring the competitiveness of “their” company in the global battle for sales. To do this, they are prepared to do anything—agree to wage cuts, layoffs and even the closure of entire plants, such as the Opel factory in Bochum.

In order for workers to free themselves from the stranglehold of the trade unions, the World Socialist Web Site and the Sozialistische Gleichheitspartei (Socialist Equality Party) call for the establishment of independent committees of action organized and led by rank-and-file workers. Full-time union functionaries and works council leaders must be excluded from them.

Without breaking with this bought-and-paid-for bureaucracy and setting up independent rank-and-file committees and networking with other workers internationally, not a single job can be defended in Germany.

As we wrote in November, “In contrast to the unions’ pro-capitalist and nationalist policies, these action committees will base their strategy on the rights and requirements of the workers, which are irreconcilable with those of the capitalists. They are based on the principle of internationalism and the unity of the working class, which faces the same corporations and financial interests all over the world. They have the task of organising the resistance against the attacks of the companies and to establish contacts with other action committees around the world.”