For the first time since the end of the Third Reich, a state premier was elected on Wednesday with the votes of a far right, fascist party, the Alternative for Germany (AfD). An alliance of three parties, the AfD, the Christian Democratic Union (CDU) and the neo-liberal Free Democratic Party (FDP), enabled FDP politician Thomas Kemmerich to assume the highest political post in the state of Thuringia, formerly part of the German Democratic Republic (East Germany). Twenty-two of the 45 votes for the new premier came from members of the AfD, the second largest parliamentary group in the state.

Due to enormous protests all over the country, Kemmerich announced on Thursday that he would resign. But until now he has refused to actually step down and thus still remains the first state premier to base himself on the votes of the fascists. It is unclear whether the parliament in Thuringia will dissolve itself and clear the way for new elections or if it will vote in another state premier. Kemmerich could remain in office for months to come. 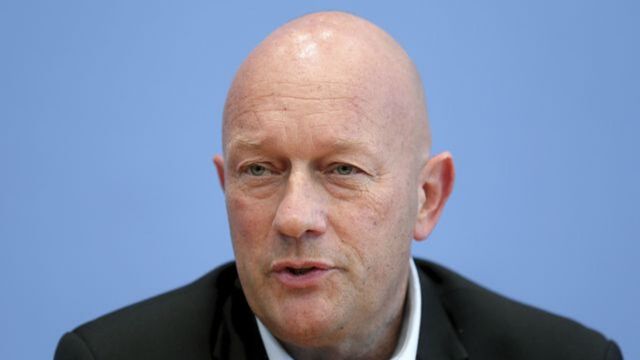 The state head of the CDU, Mike Mohring, initially justified his cooperation with the AfD, saying, “We entered the election on the basis of putting an end to red-red-green (a coalition of the Left Party, Social Democratic Party (SPD) and the Greens) and we cannot break our own campaign promise.” The German government’s commissioner for East Germany, Christian Hirte (CDU), immediately congratulated Kemmerich and tweeted, “Your election as a candidate for the political centre shows once again that Thuringians have voted against red, red, green.”

FDP leader Christian Lindner also congratulated his “candidate of the centre.” The former head of Germany’s domestic intelligence agency (Office for the Protection of the Constitution), Hans-Georg Maassen, a leading figure in an ultra-right faction of the CDU, described Kemmerich’s election as a “huge success.” “The main thing is that the socialists are gone,” he declared.

The national chairman of the AfD, national spokesman Jörg Meuthen, described the Thuringia election as “the first important piece in the mosaic of a fundamental political turnaround in Germany.” The “socialist spook” was now finally over. At the same time, he proclaimed the AfD’s right to take up ministerial posts in Thuringia.

After the election of Premier Kemmerich, Mohring, Kemmerich and the respective parties claimed that their alliance with the fascists was unintended. This claim is absurd. Kemmerich entered the election only on the last of three ballots, in which only a simple majority of votes was necessary for victory. The existing premier, Bodo Ramelow (Left Party), had received the most votes in the two previous rounds of voting, but failed to achieve an absolute majority. He relied on votes from his own Left Party, the Greens and the SPD, all of which sought to form a minority government.

Kemmerich knew he could win the election only if the AfD, CDU and FDP voted for him with almost total unanimity, in a coup that was highly unlikely to succeed without a prior agreement being struck. After announcing the result, the FDP politician accepted his election immediately and shortly afterwards made his first speech as premier—thereby confirming his intention to govern based on the votes of the AfD.

Even if Kemmerich was forced to announce that he would be stepping down, the decision of the two parties to form a ruling majority with the aid of the AfD is a historic turning point. It confirms that the ruling class in Germany is once again resorting to fascistic and authoritarian methods to implement its policies of social inequality and militarism in the face of broad popular opposition.

The election evokes historical parallels. A state government was formed in Thuringia on January 23, 1930, which, for the first time, included Hitler’s Nazi Party. Previously there had been a stalemate in the state election. Twenty-four members of the SPD and KPD (German Communist Party) faced off against 23 members of various bourgeois parties, which then secured a majority to govern with the help of the six Nazi members. Government participation in Thuringia contributed significantly to reviving the fortunes of the Nazis. Hitler took over as German chancellor just three years later.

The election in Thuringia has led to an outpouring of popular anger against those responsible—which is absolutely justified. As soon as the election results were known, thousands gathered in numerous cities to demonstrate in front of FDP and CDU headquarters. In Berlin alone, around a thousand demonstrators gathered in front of the FDP headquarters.

Due mainly to such massive opposition, the chairpersons of the CDU, Annegret Kramp-Karrenbauer, and the Christian Social Union/CSU, Markus Söder, were forced to distance themselves from the stance taken by the CDU parliamentary group in Thuringia. In his defence, however, Mohring stressed that he had discussed his action in detail with the national party leadership.

Expressions of outrage by the Left Party, the Greens and the SPD lack any principled basis. It was their right-wing policy of social cuts and hostility to refugees that boosted the AfD in the first place. Since the AfD took up seats in the Bundestag with 92 deputies in the autumn of 2017, all of the political parties have worked alongside the fascists.

With its entry into a “grand coalition” with the CDU and CSU, the SPD transformed the AfD into the main opposition party in parliament. The AfD is represented on all parliamentary committees and has been systematically integrated into the work of government. AfD deputy Stephan Brandner, who published anti-Semitic tweets after the recent fascist attack on a synagogue in Halle, owed his office as chairman of the Bundestag legal committee to the then-SPD parliamentary group leader Thomas Oppermann, who proposed Brandner for the post. Brandner was voted out of office only last November following a fresh series of fascist tirades.

Other AfD right-wingers, such as the neoliberal racist Peter Boehringer (budgetary policy) and the convicted hooligan Sebastian Munzenmeier (tourism), were elected committee chairmen in the Bundestag with the votes of the established parties.

Cooperation between all of the parties is particularly far advanced in Thuringia. A few weeks before the election, the head of the Thuringia State Chancellery, Benjamin-Immanuel Hoff (Left Party), said that on a number of issues both the government parties and the opposition had made clear that they wanted to find solutions in the country’s interest. He said such a nonpartisan exchange had been practiced in Thuringia under the red-red-green coalition in recent years.

Regardless of the “different political and ideological lines" pursued by the parties, selective cooperation with the AfD on basic governing issues is not only possible but necessary, Hoff said, adding cynically, “I will definitely not pass any laws with Mr. Höcke in which the Holocaust memorial in Berlin is referred to as a monument of shame.” Problems of municipal financing could also certainly be discussed and solved with local politicians of the AfD, he said.

The AfD is the product of a shift to the right by the entire political establishment. It was deliberately groomed to carry through the policies of militarism and social counterrevolution that the ruling class has placed on the agenda. This is confirmed by the fact that the CDU and FDP in Thuringia rely on the AfD, whose state chairman, Björn Höcke, can, according to a court order, be described as a fascist.

The danger of fascism can be stopped only by the independent mobilization of the working class on the basis of a socialist programme, and not by appeals to the CDU, the SPD, the Greens, the Left Party or any other bourgeois party. History has already proven this and current developments are proving this once again.