On Friday, former United Auto Workers Region 5 Director Vance Pearson agreed to a plea deal with federal prosecutors. Pearson was indicted last year on charges that he misappropriated hundreds of thousands of dollars in union funds on behalf of himself and at least six other top UAW officials for personal expenses including high-end liquor, cigars, golf clubs, extravagant meals and stays at luxury resorts.

The successor to the now-disgraced Gary Jones as Region 5 Director when Jones became union president in 2018, Pearson is in a position to provide devastating testimony on the rampant corruption at the highest levels of the UAW. Wayne State University law professor Peter Hennings told the Detroit News that Pearson’s testimony could be key “if the US Attorney’s office want to bring a racketeering lawsuit” against the UAW, which could lead to a federal takeover of the union. 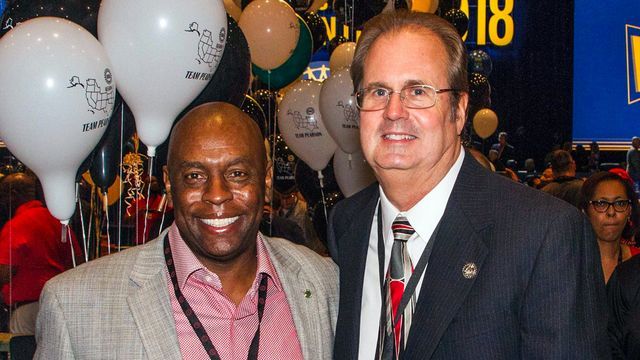 The plea agreement signed by Pearson makes repeated reference to “UAW Official A” and UAW Official B,” earlier referred to in the indictment against him and identified by the Detroit News as Gary Jones and former UAW President Dennis Williams. According to the document “UAW Official B” (Williams) received “a private villa in Palm Springs, California paid for with UAW funds” while “UAW Official A” (Jones) directed Vance Pearson to “conceal hundreds of thousands of dollars of personal expenditures—which had no legitimate union business purpose—within the cost of UAW Region 5 conferences.”

The plea deal also asserts that UAW funds were used to pay for private villas for friends of “UAW Official D,” identified by the media as Amy Loasching, an aide to Williams. Pearson was also tasked with providing liquor and cigars for Williams and his wife.

Another court filing quotes Pearson as telling Edward Robinson, another top Jones lieutenant, that he would get him a “burner phone” so they could talk freely without the danger of a wiretap. Robinson is due in court February 18 and is expected to plead guilty. In a conversation from March 2019, cited in Robinson’s indictment and likely acquired through wiretap, “UAW Official A” (Jones) told Robinson that he “wished they burned the records” relating to the embezzlement scheme. Investigators are looking into the possibility of arson in a fire which broke out at Solidarity House, the union’s headquarters, in July of that year.

As part of the conspiracy, Jones and Pearson directed UAW accounting officials to conceal illegal personal expenses paid out from union funds to union officers for golf green fees, clubs and golf clothing. Pearson admitted to fraudulently diverting between $250,000 and $500,000 in union funds during his time at Region 5.

The UAW attempted to provide itself a facelift last fall by forcing Jones to resign and appointing Rory Gamble as interim UAW president. This maneuver received a sharp setback when Gamble himself was implicated last month in a kickback scheme involving contracts for UAW-branded merchandise. The payouts were allegedly made in cash at a local Detroit-area strip club.

Last week, the UAW has moved to expel from membership eight top officials who have been charged or convicted of crimes related to corruption. Jones was compelled to resign from the union in November. 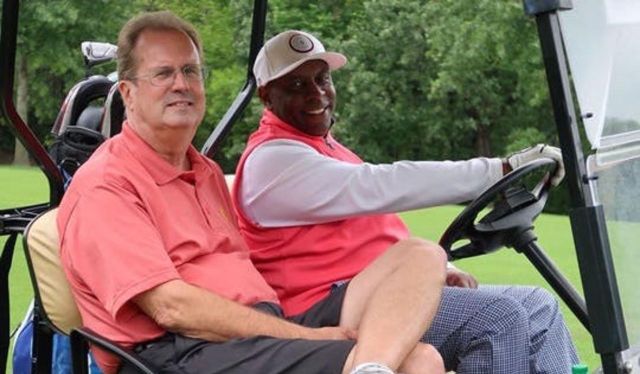 The move followed a renewed call by two Republican congressmen for the House Education and Labor Committee to investigate "the growing corruption scandal" in the UAW. The Democratic House leadership has so far not responded.

At stake is a major pillar of the Democratic Party’s fundraising and election infrastructure, which the Republican Party is seeking to undermine. The UAW has spent more than $10 million on political contributions since the 2016 election cycle, the overwhelming majority on Democratic Party campaigns.

In another development, General Motors issued a subpoena for 1.9 million union documents, as well as internal documents related to contract negotiations, as part of its unfair business practices lawsuit against Fiat Chrysler alleging that it used its control of the union through bribes to undercut its corporate rivals.

The request includes all correspondence between the UAW and late FCA CEO Sergio Marchionne and the FCA officials convicted in relation to the bribery of UAW officials. GM is also seeking documents from the UAW-controlled retiree health care trust as well as from Jones and Williams.

Pointing to the mysterious fire last summer at UAW headquarters in Detroit, GM based its request for documents on the grounds that they are in danger of being lost or destroyed.

The UAW said it had moved about 13,000 boxes of paper records out of its Solidarity House Detroit headquarters for “cleaning” following the fire. About 80 percent have been returned. The UAW presented this as evidence that it was cooperating with federal investigators and was seeking to preserve all relevant documents.

General Motors itself is just as embroiled in the corruption scandal as FCA—former UAW official and GM board member Joe Ashton is among those who have already plead guilty. The GM lawsuit comes out of a bitter struggle over market share and profits, under conditions in which the auto industry is entering a protracted decline. Fiat Chrysler, which enjoys a significant cost advantage over its competitors because of its higher utilization of temps, was the only one of the Detroit automakers to post an increase in profits in 2019.

The systemic nature of the corruption exposed in the UAW demonstrates that what is involved is not the failings of individuals, but the entire organization. The transformation of the UAW into a bribed corporate entity is part of a universal process which has affected unions throughout the world.

The UAW cannot be reformed through the election of new leaders because the UAW as an institution has separate social and financial interests opposed to those of the workers it falsely claims to represent. The alternative to the union’s treachery is the formation of rank-and-file factory committees as new forms of workplace organization, separate from and hostile to the union apparatus. These committees would link workers in different industries and occupations nationwide and globally in a common fight against the corporations.

For more information on the fight for rank-and-file committees, contact autoworkers@wsws.org.