On Wednesday, a neo-fascist party helped form a regional government in Germany for the first time since the end of Nazi rule.

Despite the pro-business Free Democratic Party (FDP) receiving just five percent of the vote in the regional election in the state of Thuringia, Thomas Kemmerich was officially appointed to the position of Thuringia’s minister president, the equivalent of a governor in the United States.

This was made possible by an alliance between the centre-right Christian Democratic Union (CDU) and the neo-fascist Alternative for Germany (AfD), who joined forces to prevent the Left Party from forming a government, despite the fact that the Left Party received the highest vote in the election. 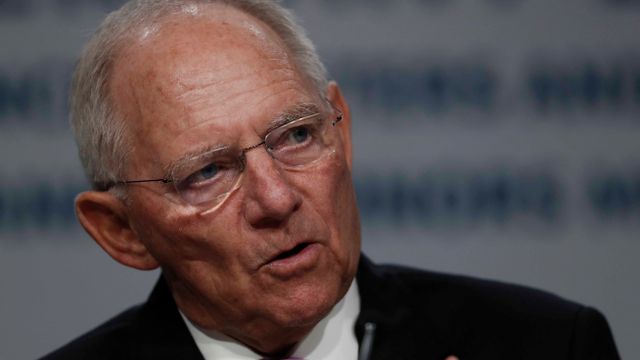 The announcement marked the first time since the end of the Nazi Third Reich that an establishment party had worked with the fascists to form a government. It represents a shattering of the pledges by the major parties not to cooperate with the neo-fascists of the AfD.

This is a historic turning point. It makes clear that the ruling class is once again relying on fascist forces to implement its policies of militarism, dictatorship and austerity.

All the attempts of leading politicians to distance themselves from the events in Thuringia, and the subsequent resignation of the new state premier, cannot hide a fundamental reality: 75 years after the end of Nazi rule in Germany, the maxim of the German bourgeoisie is no longer “Never again,” but “Onward to new wars and crimes.”

This reality was made clear in an interview that Bundestag (federal parliament) President Wolfgang Schäuble conducted last weekend with the newspapers of the Funke media group and the French newspaper Ouest-France.

This interview, in which Schäuble advocated German rearmament and participation in foreign wars, appeared just one week after German officials held public commemorations of the 75th anniversary of the liberation of the Auschwitz death camp.

Asked whether Germany must again risk soldiers’ lives in war, Schäuble replied, “We cannot leave everything to the French and Americans. The lessons of Auschwitz cannot be an argument for not becoming involved in the long term.”

The immediate issue was the preparation of combat operations in Africa and the Middle East. “We cannot duck away. If Europe is to play a stronger role, we must do our part,” Schäuble said.

He raised the possibility of German participation in the civil war in Mali as well as “action in Libya with German soldiers.” The recent Libya conference in Berlin, in which the European powers plotted a new scramble for Africa, had been “a great success for the chancellor,” he said, and it was “undisputed that we must continue to get involved there and, in case of doubt, also take on unpleasant tasks.”

No one should have any illusions about the far-reaching significance of such statements: 75 years after the fall of the Third Reich, the German ruling class is again willing to pursue its geostrategic and economic interests through war. When asked whether Germany was “too weak” for interventions abroad, Schäuble replied, “We cannot continuously pass on the moral costs to others.”

Schäuble had previously expressed similar sentiments in his foreign policy keynote speech on “Germany's role in the globalized world” last October. In that speech he declared that “staying out is not an option, at least not a viable foreign policy strategy.”

“We Europeans must do more for our own security—and that also means for the security of the world around us,” he said. This included “the readiness to use military force.” This “also has a moral price," he said, adding, "And carrying this burden is a great challenge, especially for the Germans.”

The last time Germany carried the “burden” of aggressive great power politics and enforced its interests with military might the most terrible crimes in the history of mankind followed. In the Second World War, unleashed by Nazi Germany, the “moral price” was six million murdered Jews, 27 million victims of the war of extermination against the Soviet Union and several tens of millions more dead throughout Europe and in Germany.

Schäuble’s barely concealed calls for new wars and imperialist crimes express the mood of the entire ruling class. In a recent interview with the Augsburger Allgemeine newspaper, Herfried Münkler, now emeritus professor at Humboldt University and a foreign policy adviser to the German government, rejoiced, saying, “I am delighted when, for example, the German chancellor talks about ‘strategic autonomy’ or Ms. von der Leyen [the former defence minister and current president of the European Commission] talks about the ‘language of power.’”

The professor added, in his cynical and arrogant manner, “When I started long ago to emphasize power as a factor that will play a role in the future, it was not easy to make this idea stick. It was said, how terrible and cruel. We have our values after all. Those candy suckers thought that everything would proceed by itself. Supported by a latent theological faith in God’s work in the form of humanitarian values in the world, it was somehow forgotten that these are also questions of power.”

Münkler has repeatedly made clear in the past what he means by “questions of power” and “candy sucking.” In countless interviews he has called for the acquisition and deployment of combat drones and lamented the “post-heroic society” whose population is no longer prepared to pay the price for the imperialist appetites of the ruling class. In a conversation with the Frankfurter Allgemeine Zeitung, Münkler went so far as to describe the poison gas used in World War I as a “humane” weapon.

Then there is the case of Münkler’s colleague, the right-wing extremist Professor Jörg Baberowski (who declared, “Hitler was not vicious”), who is publicly defended by the German government and who recently physically attacked a left-wing student at his university.

That such criminal language can be used by a German academic who enjoys the support of dominant sections of the state is a testament to the fact that German rearmament and preparations for new wars are accompanied by the legitimization of the criminal and barbarous violence for which the Nazis were notorious.

The Sozialistische Gleichheitspartei (Socialist Equality Party) and its youth and student organization, the International Youth and Students for Social Equality (IYSSE), will fight to mobilize the growing opposition among workers and youth to the danger of militarism and fascism on the basis of an international socialist program. This time, the reckoning with Nazism must occur before the German ruling class has the opportunity to instigate new crimes and catastrophies.