The pro-US party has rewarded Ratnapriya for his treacherous service to the previous UNP-led government, and more broadly for his more than 20-year defence of capitalist rule in Sri Lanka. Ratnapriya is a close confidant of UNP leader and former Prime Minister, Ranil Wickremesinghe.

Whilst Sri Lankan union bureaucrats are often bribed with parliamentary and even ministerial positions, Ratnapriya’s appointment is particularly significant. It further exposes the transformation and degeneration of the trade unions as direct tools of big business and the capitalist state. 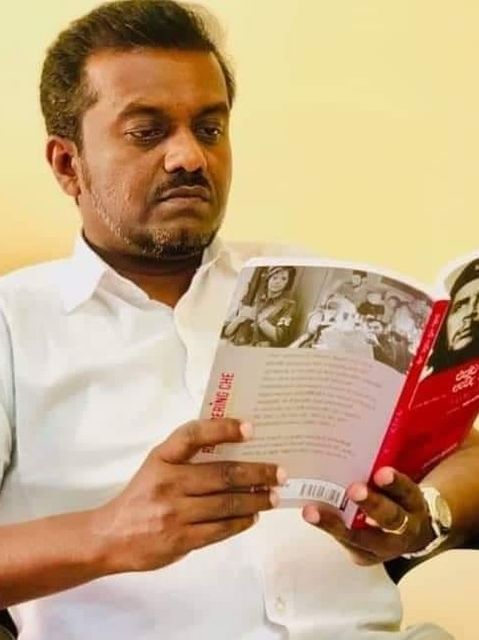 Ratnapriya emerged as one of those union bureaucrats who previously proclaimed the virtues of “independent” and “non-political,” militant unions, as an alternative to the widely discredited established unions. Many so-called independent unions emerged in Sri Lanka in the 1980s and 1990s.

The trade unions aligned with the LSSP and the CP backed these governments and supported their attacks on the social and democratic rights of working people. During these coalitions, the LSSP and CP barred all politics in their unions. They did this to prevent the Revolutionary Communist League (RCL), the predecessor of the Socialist Equality Party (SEP), from opposing these attacks and raising the critical political issues that lay behind them.

The UNP government of President J. R. Jayawardene was able to defeat the July 1980 public sector general strike by politically exploiting the betrayals of the LSSP and CP trade unions, and of the unions affiliated with the “left-talking” Nava Sama Samaja Party (NSSP). The NSSP had been formed in 1976 by several LSSP members, including Wickremabahu Karunaratne, who falsely claimed to be a political alternative.

Under conditions of widespread anger and disillusionment amongst workers about these unions, a new variety of so-called “independent” unions, promising more militant action, began to emerge.

Saman Ratnapriya was expelled from the Public Service United Nurses Union (PSUNU) in 1997 for criticising its leader Muruththetuwe Ananda, who was a Buddhist monk and notorious for his close connections with every Sri Lankan government. Ratnapriya established the GNOU, promising an “independent” and “non-political” militant organisation as the way forward for public service nurses.

These claims were rapidly exposed, as Ratnapriya and the GNOU leadership moved against all “political” discussion inside the new union. This was particularly directed against the RCL, and then the SEP, which fought for discussion on the political issues faced by nurses and other sections of the working class.

Two decades on, it is very hard to identify any differences between the degenerated character of the “independent” GNOU and the other unions.

While the PSUNU is aligned with President Rajapakse and his ruling Sri Lanka Podujana Peramuna government, both the GNOU and Ratnapriya have joined hands with Wickremesinghe and the UNP.

The degeneration and transformation of the unions is not just a matter of the corruption and treachery of their leaderships, but expresses more fundamental processes. Where once the unions worked within the national framework, as limited defence mechanisms for their members, this was undermined by the globalisation of capitalist production and the rapid ability of international capital to seek out cheap labor platforms for the extraction of surplus value anywhere in the world. 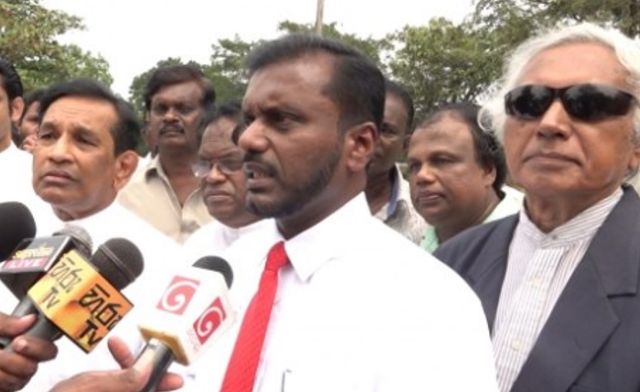 “The SEP unequivocally warns that without a socialist perspective this campaign is facing defeat, no matter how large or apparently militant. The leaders who shout ‘no politics’ in the trade unions are preparing to lead their members into a blind alley once again. Behind closed doors, there will be plenty of politics in the discussions with government ministers and state bureaucrats, but it will not be in the interests of the working class.

“The same slogan of ‘no-politics’ was used to oppose the intervention of the SEP’s forerunner, the RCL, in the last major public sector strike in 1980. The LSSP, Communist Party and NSSP all vigorously opposed the RCL’s demand for a political struggle against the government of President J.R. Jayawardene and its program of economic reforms. Public sector workers are still paying the price for that catastrophic defeat, which resulted in the sacking of 150,000 employees.”

The national pay campaign was called by the Public Sector Salary Review Trade Union Committee (PSSRTUC), a grouping of “independent” unions, with Ratnapriya as convener of the health sector unions.

Attempting to prevent the SEP’s intervention, a group of Ratnapriya’s supporters threatened physical violence. When challenged over this anti-democratic threat, Ratnapriya declared, “There is no such democracy anywhere.”

In a more recent act of treachery by Ratnapriya, he joined forces with other union leaders to help Maithripala Sirisena become president, in January 2015. The move was part of a “regime-change” operation, initiated by Washington and backed by New Delhi, to oust then Mahinda Rajapakse because of his close alliance with China. Sirisena had, in fact, been a senior SLFP leader and Mahinda Rajapakse’s health minister.

Ratnapriya initiated the “Trade Unions for Social Justice” front to back Sirisena and promote him as a “democrat” and “pro-people.” He also became convener of “Purawesi Balaya” (People’s Power), an alliance of pseudo-left groups and academics tasked with campaigning for Sirisena.

The Sirisena-Wickremesinghe unity government anchored Sri Lanka within the US camp and implemented the International Monetary Fund’s austerity measures.

The “unity” government, however, broke apart, as increasing numbers of workers came into struggle against the government’s reactionary social policies. Ratnapriya stood with Wickremesinghe, denouncing strikes and protests by workers and students, describing them as anti-government conspiracies.

During last year’s presidential election, he sided with UNP candidate Sajith Premadasa, claiming the pro-US party leader was a democrat, against “fascist” Gotabhaya Rajapakse. This was part of a campaign by various unions, fake-left groups, academics and Tamil parties to corral the masses behind Premadasa. The treacherous campaign to prevent any independent mobilisation of the working class only aided Gotabhaya Rajapakse.

Ratnapriya is an implacable enemy of the working class. His ever-rightward political trajectory, over the past two decades, underscores, yet again, the necessity for workers to break from the unions, build their own action committees and mobilise on a socialist and internationalist program, against all factions of the Sri Lankan capitalist class and their trade union defenders.