On Tuesday, US retail giant Macy’s announced it would close more than 125 stores and cut 2,000 jobs over the next three years. The company will close 28 of these stories by the end of this year. The total cuts represent one-fifth of all of Macy’s locations and 9 percent of its corporate and support positions.

Jeff Gennette, Macy’s chairman and CEO, announced the cuts after disappointing sales figures for the 2019 holiday season. “We are making deep cuts that impact every area of our business,” Gennette said. “These changes are painful but they are necessary.” 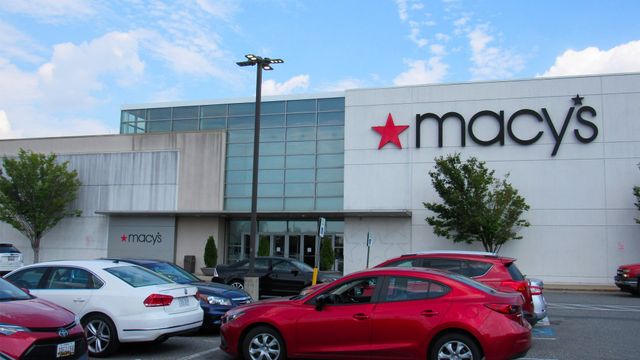 The changes will not be the slightest bit painful for Gennette himself, who raked in nearly $13 million, including $3.7 million in bonus and incentive pay in 2018, in spite of a series of store closures and a sharp decline in the company’s share values over the preceding years.

The recent closures are the latest in a series of setbacks for so-called “big box” retailers. In 2019, 9,200 retail stores closed across the US, exceeding the 5,437 closed in 2018. The closures themselves often cause a domino effect, whereby the loss of big box retailers spills over into smaller in-line mall tenants.

JCPenney store sales dropped 7.5 percent in the fourth quarter of 2019, and the company projects fiscal year sales declines between 7 to 8 percent. Market analysts project a strong likelihood that the 95,000 employee company may not survive the coming year.

The iconic Sears and Kmart department store chains, which are both owned by holding company TransformCo, are still teetering on the brink after Chapter 11 bankruptcy in 2018. Under bankruptcy the chains closed more than half of the stores, from 1,000 to little more than 400, over the course of a single year.

Kmart itself was purchased by the now-defunct Sears Holding Corporation after it emerged from an earlier bankruptcy in 2003. Over the next 16 years the combined entity incurred massive debts under CEO and hedge fund manager Eddie Lampert, Last year, Sears sued its former chief executive, alleging Lampert had stolen more than $2 billion in company assets.

As part of the 2018 bankruptcy, TransformCo, which was also founded by Lampert, purchased 223 Sears and 202 Kmart stores from Sears Holdings for $5.2 billion. The remaining stores were immediately liquidated while TransformCo proceeded with a series of store closures throughout 2019.

As of this month, only 182 full Sears and Kmart stores will remain open. At its peak in 1994, Kmart operated 2,486 stores while Sears, formerly the largest single retailer in the US by revenue, had 2,205 stores operating in the US as of 2011.

The mass closures of JCPenney, Kmart, Sears and Macy’s are connected to the downfall of US shopping malls, where their outlets are classified as “anchor stores” for their ability to attract smaller retailers who take advantage of increased foot traffic to and from the larger retailers.

The current mall retail vacancy rate now stands at 10 percent, an all-time high, even higher than during the last two recessions according to Moody’s Analytics. Only 1,169 malls remain in the United States, and the international investment bank Credit Suisse predicts that 25 percent of US shopping malls could close by 2022.

The overall decline of the big-box retailers and shopping malls can be attributed to the rise of lower cost options such as Walmart and Target along with the rapid rise of e-commerce giants such as Amazon. Online retailers accounted for almost all growth in retail sales in the 2019 holiday season, and comprised a record 15 percent of all sales. Department stores, meanwhile, posted a 5.4 percent decline in sales.