Russian-Belarusian energy talks fail as Minsk moves closer to the US, NATO

At a meeting on Friday in Sochi, Russian President Vladimir Putin and the Belarus President Alexander Lukashenko failed to find a resolution to a months-long conflict over Russian oil deliveries to Belarus.

In December, Russia had suspended much of its oil deliveries to Belarus after negotiations over prices and the integration of Russia and Belarus into a “union state” failed. The “union state” had been formally created in 1997 but few steps toward its actual realization have been taken. Other potential member states of the “union state” included Kazakhstan, Moldova and, until the pro-Western coup in Kiev in 2014, Ukraine. 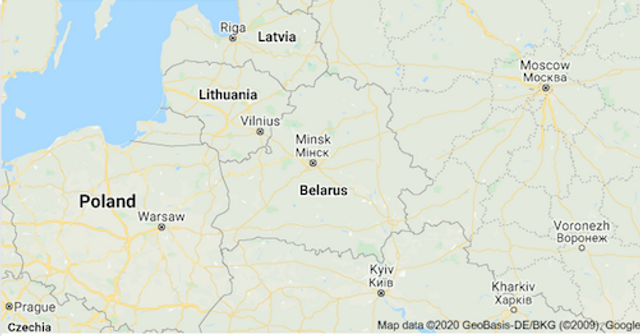 Russia has rejected to continue granting Belarus subsidized oil deliveries without Belarus supporting a plan for more rapid economic and political integration. This would include the creation of supranational bodies and a single currency. The Belarusian economy is heavily reliant on subsidies from Russia, and duty-free oil shipments. Based on the now expired contract, Russia delivered 24 million tons of oil to Belarus every year, or 2 million tons per month, but in January it delivered only 500,000 tons.

In January, Lukashenko announced that he wanted to reduce Belarusian reliance on Russian energy supplies, which currently make up 80 percent of the country’s imports, down to 40 percent. Belarus is now trying to arrange for deliveries from the US, Poland, Kazakhstan and Azerbaijan as well as Norway.

At the meeting on Friday, Russia and Belarus agreed on continuing gas deliveries in 2020 for the same price that was in effect in 2019. However, Putin reportedly insisted that Russia would only grant Belarus commercial prices for oil deliveries, and that deliveries would be linked to the implementation of a plan to integrate the Russian and Belarusian economies. On Sunday, it was reported that Belarus was ready to pay global market prices for Russian oil deliveries.

The recent flaring up of tensions between Russia and Belarus is taking place as the US is aggressively escalating its push toward drawing Minsk into its orbit. Just a week before Friday’s meeting between Putin and Lukashenko, US Secretary of State Mike Pompeo visited Minsk and had a discussion of over two hours with the Belarusian president. It was the first visit of a US secretary of state to Belarus since 1993, and followed a visit by Trump’s former national security adviser, John Bolton, to the country in August 2019. Pompeo promised Lukashenko that US companies “stand ready to deliver 100 percent of the oil you need at competitive prices.”

Lukashenko tried to exploit the improved relations with the US to pressure Russia in the energy negotiations. A few days before the meeting with Putin, he declared that Russia had been rattled by Pompeo’s visit but that they should stop “crying,” adding, “If Trump comes tomorrow what will they [the Russians] do then?”

In December, protests of a few thousand people by the pro-US nationalist opposition took place in Minsk to oppose closer integration between Russia and Belarus.

Belarus is of major geostrategic significance for the imperialist powers in their war preparations against Russia. Most NATO military exercises in Europe are taking place on the borders of the country, which shares some 1,200 kilometers of its border with NATO member states. Several Belarusian state officials were also affected by the US sanctions against Russia.

Belarus is generally considered to be Russia’s closest ally in Eastern Europe and both countries share long-standing historical and cultural ties.

However, Lukashenko, who has been in power since 1994, three years after the dissolution of the Soviet Union, has made a point of supporting the coup in Kiev in February 2014, which was orchestrated by German and US imperialism to tighten the political and military nose around Russia. Lukashenko denounced the annexation of Crimea as a “dangerous precedent” and Belarus was one of the first states to recognize the Ukrainian presidential elections of May 2014 which brought Petro Poroshenko to power. Belarus hosted the negotiations over the so called Minsk agreements with German and French participation in 2014 and 2015.

Belarus and Ukraine have developed an increasingly close military and industrial cooperation, especially in the armaments sector. Belarus has provided military and technical support for the Ukrainian army, which is engaged in a proxy war with Russia in East Ukraine, with heavy military funding and support of the US. The country has also helped European companies circumvent Russian countersanctions by relabeling their products as “made in Belarus” before shipping them to Russia.

A key role in the rapprochement between Belarus and NATO is played by Poland and Lithuania. The far-right Polish government of the Law and Justice Party (PiS) has worked toward a rapprochement with Minsk since coming to power in 2016. Poland and Belarus have fairly close economic ties. For the Polish government establishing closer ties with Belarus on both an economic and political level is part of the plan to establish an alliance of right-wing regimes in Eastern Europe that can be mobilized for a war against Russia. This so-called Intermarium alliance is also endorsed by sections of the political establishment in Belarus as well as Lithuania. US President Donald Trump has voiced support for these plans in Warsaw in 2017.

The Lithuanian government has also systematically worked on improving its relations with Minsk in close consultation with Washington. The Lithuanian foreign minister, Linas Linkevicious, visited Minsk shortly before Pompeo to discuss possible future oil supplies. For May, Lithuania and Belarus plan an economic forum in Klaipeda to discuss deepening their economic cooperation, including in the energy sector.

Belarus has also stepped up efforts to deepen cooperation with NATO and the US on other levels. Last fall, the Belarusian defense ministry declared that it “is interested in maintaining and developing dialogue with NATO” and asked for a “regular dialogue between representatives of the country’s Defense Ministry and corresponding officials of the alliance military structure” which was currently “absent.”

In recent months, both Lukashenko and the country’s defense chief Oleg Belokonev have explicitly proposed that Minsk participate in NATO military exercises and training. Joint military exercises are, in fact, forbidden for Belarus as part of the Moscow-led CSTO [Collective Security Treaty Organization] and any such move would de facto signal a rupture of Minsk-Moscow relations. Belokonev told local media that Belarus is envisioning a military cooperation with NATO along the lines of Serbia, which has close ties to Russia but also has ties for military training with NATO.

Belarus has already begun to develop bilateral military cooperation with NATO members Germany, Poland, Lithuania, Latvia, the US, and the UK.

On January 30, Deputy Foreign Minister Oleg Kravchenko was in Washington to speak at the Atlantic Council, a think tank that is among the most aggressive in its advocacy for war preparations against Russia. Kravchenko proposed that Minsk could play the role of a bridge between Moscow and the West, especially in the Ukraine crisis. He said that “Allies recognize that a too-tight embrace by NATO could be counterproductive,” but that “Belarus can play a useful role if it is not pushed too hard.”

Foreign Affairs, the journal of the Council on Foreign Relations think tank, published a piece last week titled, “Will Belarus be the next Ukraine?” It noted that Belarus was at least as important as Ukraine in terms of its geostrategic significance to Russia and that Moscow would not tolerate Belarus being drawn too closely into the orbit of the US and NATO, writing: “... if Belarus were to pivot westward, Moscow would lose a potential military staging ground and risk seeing Western political and economic influence extend over a population that many Russians regard as part of their own nation. ... Moscow would respond to any breakdown of state authority in Belarus in much the same way it did following the ouster of Ukrainian President Viktor Yanukovych in 2014.” The piece concluded by urging Western governments to more strongly support Lukashenko, writing that “Although the authoritarian Lukashenko has often been a nuisance, his ability to keep Russian influence at bay has been an underappreciated gift to regional stability.”

The anti-Russia campaign in the US

The war drive against Russia