Brazilian Army general takes over as Bolsonaro’s chief of staff

On Tuesday, February 18, Brazil’s fascistic President Jair Bolsonaro installed Army Gen. Walter Braga Netto as his chief of staff (ministro da casa civil). Braga Netto had been chief of staff of the Brazilian Army and its second highest ranking officer. With his appointment, Bolsonaro is now literally surrounded by military personnel, who hold the key positions in his inner cabinet. 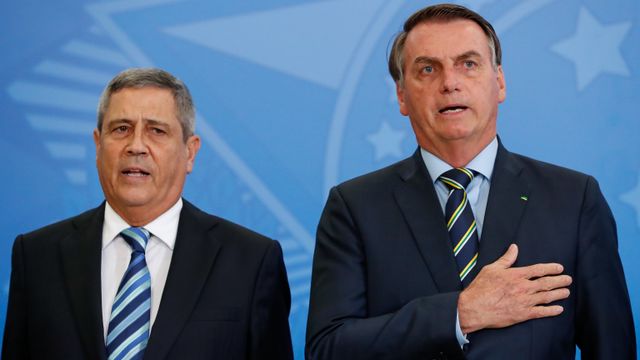 Braga Netto takes the place of Onyx Lorenzoni, a member of the extreme-right Democrat party (DEM), who has been at the head of the ministry since the beginning of the Bolsonaro government. This is the first time since the military dictatorship, which ruled Brazil with an iron fist from 1964 to 1985, that a military officer holds this position, the highest appointed political post in the government.

Imposed on the basis of allegations of a widespread security crisis in the state, the federal intervention in Rio de Janeiro resulted in the raising to new heights of already endemic violence, aimed specifically at the poorest sections of the population. In relation to the previous year, the period of intervention registered an increase of almost 40 percent in killings committed by police officers. In the favelas, the impoverished working-class neighborhoods, reports of barbaric actions typical of war crimes multiplied: soldiers breaking into houses, stealing and breaking belongings, raping women and beating up workers. 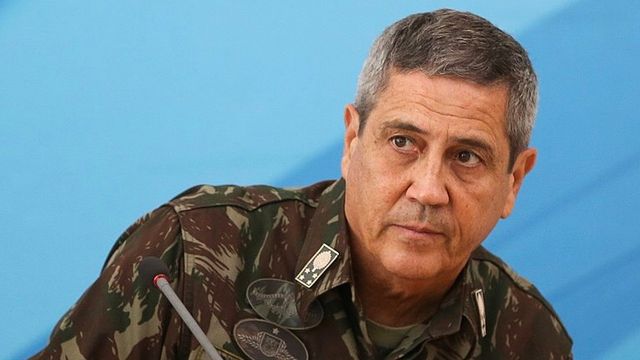 Commenting on the murderous operation that he led, the now chief of the president’s staff declared, “Rio de Janeiro is a laboratory for Brazil.” This statement is directly in line with the policies of Bolsonaro, who recently sought to expand the power to order military interventions on national territory, giving soldiers the right to kill. The president justified the urgency of these measures based on the imminent threat of massive protests by the working class, similar to those that occurred recently in Chile.

The participation of the military in national political life, at the head of the government, has steadily grown since the impeachment of President Dilma Rousseff of the Workers Party (PT) in 2016, which exacerbated the internal divisions within the Brazilian bourgeoisie.

During the administration of interim President Michel Temer, generals were appointed to the Ministry of Defense and the Office of Institutional Security—responsible for state intelligence—which was considered a dangerous break with the practices established after the fall of the dictatorship.

With Bolsonaro a retired Army captain, and his vice president, Hamilton Mourão, a reserve Army general, the military now holds 9 of 22 cabinet seats—including all of those with offices in the Planalto presidential palace—and has gained a presence in practically every ministry. A Deutsche Welle article reported that the current government has incorporated 2,500 high-ranking military personnel. In 2019, almost a third of all state investments went to the military, an 89 percent increase of its share in just three years. Most of them, according to the article, were for “superfluous state companies, which mainly serve as job sinecures.”

The main Brazilian newspapers interpreted the reconfiguration of Bolsonaro’s cabinet this week as a strengthening of the military wing at the expense of the so-called “ideological” wing of the government. The latter is made up of a group of politicians linked to the extreme-right ideologue Olavo de Carvalho, who advocates a crusade against what he calls “cultural Marxism.” Olavo was responsible for appointing the current minister of education, Abraham Weintraub, and was considered a mentor by Secretary of Culture Roberto Alvim, who was fired after plagiarizing the Nazi propaganda minister Joseph Goebbels in a speech demanding that Brazilian art be subordinated to nationalism and religion.

However, in an interview with Globo, Olavo de Carvalho responded enthusiastically to the changes in government. He compared Brazil to the United States—where he now resides—stating that “the Brazilian Army, unlike the American, has no presence in society. They live backed into their own corner and are seen as shy people.” His conclusion is unequivocal: “Now the military is present, they are beginning to participate in social life. We must bring more. You have to have the military for everything that’s on your side.” 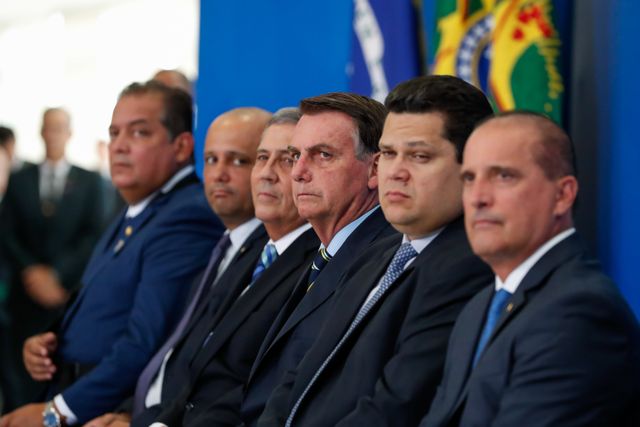 The growing presence of the military in Brazilian politics has not become a target of criticism by the parties claiming to represent the opposition to the Bolsonaro government, especially the Workers Party. On the contrary. For some time, PT politicians and the media dominated by this party, like Brasil 247, have appealed to the military and presented the vice-president, General Mourão, as a defender of national interests and a progressive political alternative to Bolsonaro.

The opposition to Bolsonaro articulated by the PT, accompanied by the pseudo-left Partido Socialismo e Liberdade (PSOL), has an entirely opportunistic character and presents no resistance to the most reactionary measures advanced by the government. Both parties supported the approval of the draconian anti-crime package of Bolsonaro; and in the states that it governs, the PT has implemented the policies of attacking the welfare of teachers and public servants, repressing workers’ protests with the police.

In the face of the most outrageous statements and actions by Bolsonaro, these parties invariably appeal to the state to discipline his “exceptional” behavior, call him an incompetent manager and a “militia president,” accusing him of association with death squads and organized crime in Rio de Janeiro.

This last accusation resurfaced after Adriano Nóbrega, a former military police captain accused of commanding a militia in Rio de Janeiro, was killed on February 9 by police in Bahia, where he was hiding out. Adriano had various connections to the Bolsonaro family, especially with the president’s son, Flávio Bolsonaro. When he was a state representative in Rio de Janeiro in 2005, Flávio awarded a medal to Captain Adriano, who was known for his violence during operations in the favelas. Later, the deputy appointed Adriano’s mother and ex-wife as advisors to his office, which is the subject of a corruption investigation.

The circumstances of Adriano’s death, as well as the likelihood of his having compromising information about the Bolsonaro family, led to conjecture that he may have been killed to silence him. Trying to shift the weight of the suspicions that fell on him, Bolsonaro turned the accusations, without any foundation, against the PT. “Who is responsible for the death of Captain Adriano?” he told the media “It was the [Military Police] of Bahia, the PT. Do you need to say anything else?”

The PT responded to the president through a declaration by 20 governors, a kind of “broad front” of bourgeois politicians against Bolsonaro. It included notable politicians of the extreme right, like João Dória, who governs São Paulo for the Brazilian Social Democratic Party (PSDB), and Wilson Witzel, who governs Rio de Janeiro for the Christian Social Party (PSC), both elected as supporters of Bolsonaro. The governors’ “front” published an open letter censuring the president for “attributing grave acts to the conduct of the police and their governors.”

Events repeatedly reveal that the alternative to Bolsonaro offered by the PT and its pseudo-left satellites has a deeply reactionary character. It has its roots in the rotten soil of bourgeois politics, feeds off its factional disputes and rests heavily upon the military. This orientation can only produce monstrous results, like the fascist Jair Bolsonaro himself.

The fact that Bolsonaro occupies the presidency is an expression of a sharp right-wing turn by both the Brazilian and the world capitalist ruling classes. This turn originates not merely in the realm of ideology, but rather has its source in the absolutely material concerns of the bourgeoisie over the global rise of the class struggle. The only possible way to face the global threat of fascism and dictatorship is the international mobilization of the working class, based on an intransigent political independence and the struggle for a socialist and internationalist program.

Bolsonaro’s victory and the debacle of Brazil’s Workers Party
[Oct 31, 2018]

Who is responsible for the rise of the fascistic Bolsonaro in Brazil?
[Oct 20, 2018]