This week in history: February 24-March 1 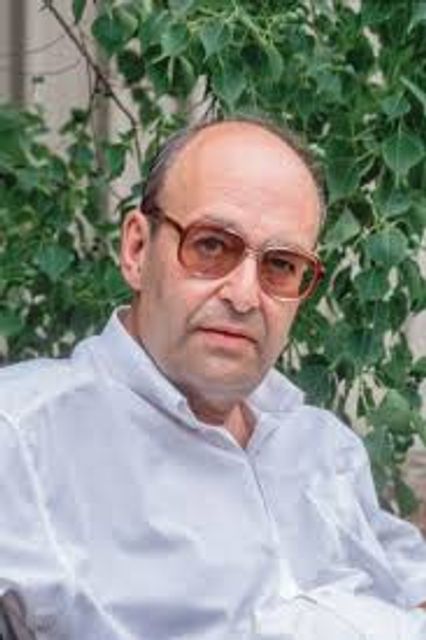 25 years ago: Professor Vadim Rogovin launches US lecture tour, “Was there an alternative to Stalinism in the USSR?”

On February 27, 1995, Professor Vadim Zakharovich Rogovin, a leading Marxist historian in the former Soviet Union, began a US tour with a lecture delivered at Michigan State University in East Lansing. The lecture, sponsored by the Center for European and Russian Studies, was titled “Was there an alternative to Stalinism in the USSR?” The historic event marked the first time a Soviet scholar presented to American audiences an analysis of the struggle waged by Leon Trotsky and the Left Opposition against the Stalinist bureaucracy.

While working as a sociologist in the Soviet Union in the 1970s and 1980s, Rogovin’s research, influenced by the critique of Stalinism made by Leon Trotsky and the Left Opposition, had focused on the origins and consequences of social inequality in the USSR. Rogovin initially hoped that the policy of glasnost , or “openness,” started by Soviet Premier Mikhail Gorbachev in 1985, would lead to a revival of socialism. However, as the pro-capitalist character of its twin reform, perestroika, or “restructuring,” became increasingly pronounced, Rogovin became openly critical of the bureaucracy’s market-based policies and the justifications made for them by layers of the intelligentsia.

Beginning in the early 1990s, Rogovin commenced work on his magnum opus: a seven-volume series on Stalinism and the socialist opposition to the bureaucracy, exposing the vast campaign of historical falsification that accompanied the restoration of capitalism in the USSR.

A delegation from the Workers League, the forerunner of the Socialist Equality Party, greeted Dr. Rogovin and his wife, Galina, in Detroit on February 21. He shared his thoughts with the International Workers Bulletin, the American predecessor of the World Socialist Web Site. “I hope that my lectures at the university and other locations will help free people’s minds from the accumulated layers of lies promulgated by the Stalin school of falsification, and also from the latest myths brought to the West by the bearers of ‘new thinking.’ I hope to meet in America with many sincere, selfless and honest people working for the truth, and to become friends with them.”

Save 30% on the English editions of Rogovin’s works this week only. Other works on Dr. Rogovin include, In Memory of Vadim Z. Rogovin, and Vadim Rogovin and the sociology of Stalinism. 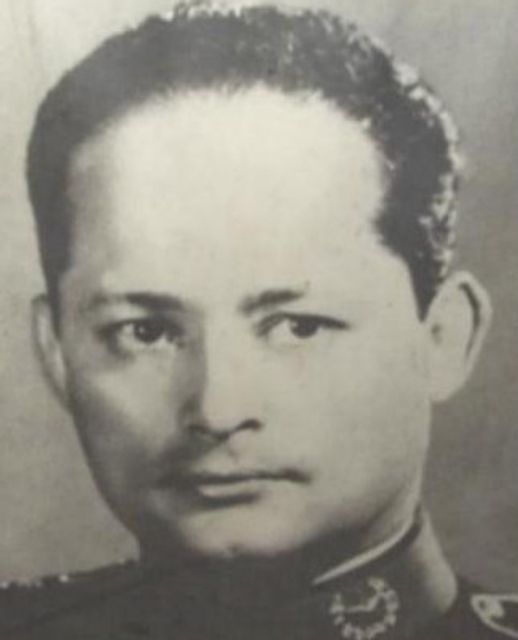 On March 1, 1970 Guatemalans voted in the general elections to select a president and representatives to Congress. No candidate received over 50 percent of the vote. The two leading candidates were Carlos Arana Osorio of the reactionary National Liberation Movement (MLN), with 43 percent of the votes, and Mario Fuentes Pieruccini of the reformist Revolutionary Party (PR) with about 35 percent of the vote.

The election took place during the ongoing Guatemalan Civil War, which had begun in 1960 and would not officially end until 1996. The war was a protracted struggle between the Guatemalan government, backed by the US, and various left-wing guerilla movements linked to the Guatemalan Party of Labour (Partido Guatemalteco del Trabajo, or PGT).

The 1970 elections were widely regarded as corrupt. The PGT had been made illegal in 1954 after a US-backed coup took power, leading to a series of military rulers. Thus, the PGT could not participate openly in the elections. In addition, PGT leaders had been the targets of extrajudicial killings by the PR-led government in the 1960s.

Carlos Arana Osorio, representing the MLN, ran on a “law and order” program calling for a terror campaign to crush left-wing groups and working-class organizations. During one speech he said, “If it is necessary to turn the country into a cemetery in order to pacify it, I will not hesitate to do so.”

After the election failed to deliver a president, Congress assembled and, in July 1970, a coalition between the two right-wing parties, the MLN and the Institutional Democratic Party, selected Arana Osorio as president. Once in office he would carry out a massive crackdown on the population.

By November 1970 he had declared the country to be in a “state of siege.” Martial law was imposed, including a blanket curfew from 9:00 p.m. to 5:00 a.m. each night. In addition to the curfew, the Arana Osorio government, with support from the United States through the CIA, carried out mass killings against suspected communists.

It is estimated that police and security forces killed 20,000 political opponents of the government between 1970 and 1974. Many of those killed included radical student leaders who had communist sympathies or organized opposition to the state of siege. 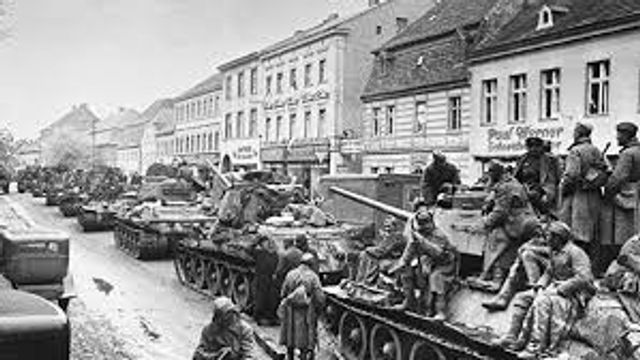 75 years ago: Soviet Red Army secures a series of victories over the Nazis

This week in February 1945, the Soviet Union’s Red Army won a series of significant victories over German troops occupying Eastern Europe. The Nazi defeats underscored that World War II was approaching its conclusion. The prospect of an imminent Allied victory in the conflict was reflected in declarations of war against the Axis powers by a series of countries that had previously remained neutral, including Turkey, Egypt, Lebanon, Saudi Arabia and Ecuador.

On February 24, Soviet troops, spearheaded by a Ukrainian Front division, achieved the strategic aims of the Lower Silesian Offensive. They cleared German troops from the region, in territory transferred to Poland after the war, and laid siege to the provincial capital of Breslau, which had previously served as a significant Nazi outpost. The offensive concluded with the capture of a bridgehead on the Neisse River, preventing further German attacks on Soviet troop movements in the area.

The success of the campaign followed the Vistula–Oder Offensive, which had ousted Nazi forces from the bulk of Poland the previous month. It had accomplished the liberation of Auschwitz and other Nazi death camps, and created the conditions for further westward operations targeting Germany itself.

On February 23, the Red Army had vanquished a force of more than 80,000 German and other fascist forces in the Battle of Poznań. The victory was the outcome of a month-long campaign, aimed at capturing that city, which had served as a garrison for the Nazis in Poland. The battle involved street fighting, the use of artillery bombardments and improvised explosive devices, and the construction of makeshift forts. The fighting claimed some 10,000 Soviet casualties and 6,000 German losses. Around 23,000 German troops were taken as prisoners of war.

On February 24, the Soviets began the East Pomeranian Offensive, aimed at capturing Pomerania, on the southern shore of the Baltic Sea. Over the course of a month, the Red Army would suffer more than 234,000 casualties in the campaign. In late March, they would capture Danzig, in Prussia, present day Gdansk, Poland. The series of defeats and the loss of territory ever closer to Germany proper heightened the crisis of the Nazi regime and its fascist allies throughout Europe and internationally. 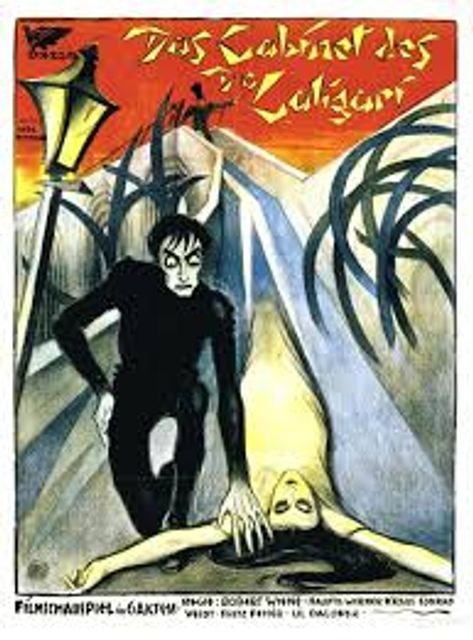 The Cabinet of Dr. Caligari, poster

100 years ago: The Cabinet of Dr. Caligari premiers in Berlin

On February 26, 1920, the silent film, The Cabinet of Dr. Caligari, premiered in front of a Berlin audience at the Marmorhaus theatre. Directed by Robert Wiene and written by Hans Janowitz and Carl Mayer, the film is about a hypnotist, Dr. Caligari (Werner Krauss), who uses a sleepwalker, Cesare (Conrad Veidt), to commit murders.

By 1920 the Allied boycott on German films maintained during the First World War had been lifted and T he Cabinet of Dr. Caligari became an instant favorite with international audiences and appeared at the Capitol Theater in New York City the next year. The film today stands as a classic of the horror genre.

The settings are impressive, generally abstract and graphic. The set’s sharp angles and their artificiality have led the film to be called expressionist, after the school of German art and cinema. Many technical aspects impressed filmmakers, such as the innovative camera work.

Most critics agree that the character of Dr. Caligari symbolizes irrational authority in some sense, and Cesare helpless obedience. These and other elements of the film make the experiences of World War I evident. Janowitz was an officer in the German Army who became a pacifist, and Meyer feigned insanity to avoid military service.

While the authors apparently had no overt political message in the film, many years later Janowitz felt that the “authoritative power of an inhuman state” was the “subconscious intention” of the writers.