The fix is in: Kenneth Feinberg to oversee payouts to Boeing crash victims

Boeing’s appointment last week of Kenneth Feinberg to administer the aerospace giant’s $50 million Community Investment Fund to compensate the communities affected by the two 737 Max 8 crashes and the resulting 346 deaths leaves little doubt that the account will be used to defend the airplane manufacturer’s multi-billion-dollar profits. 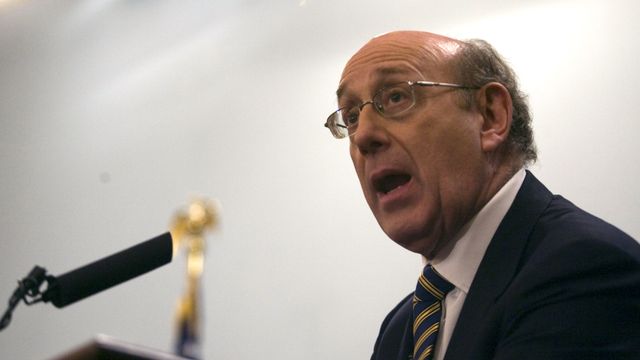 Feinberg played a similar role when he was selected in July 2019 to head the $50 million Boeing Financial Assistance Fund. In that role, he oversaw payments of a mere $144,500 to each family that lost a loved one on either the crash of Lion Air Flight 610 in October 2018 outside of Jakarta, Indonesia or Ethiopian Airlines Flight 302 in March 2019 near Addis Ababa, Ethiopia.

In total, Boeing has pledged only $100 million to compensate the crash victims’ families and neighborhoods for putting their friends and relatives on the deadly Max 8 jets. For comparison, the company reported revenues of $76.6 billion in 2019 and has pledged to pay airlines at least $5 billion for their lost profits resulting from the two crashes. To date, no executives at the company or regulators at the Federal Aviation Administration, which were all aware of the deadly flaws in the Max 8, have been prosecuted or even charged for the murder of the 346 men, women and children who were killed.

The selection of Feinberg to oversee both funds was approved by Boeing’s executives with good reason. As Wall Street’s preeminent corporate “fixer,” he has repeatedly been called upon to protect the interests of the country’s corporate and political elite. In recent times, he has chaired an escrow account to minimize compensation to victims of the September 11, 2001 terrorist attacks in the US. He was also chosen by the Obama administration as its “pay czar” to ensure that the heads of bailed-out Wall Street banks received multi-million-dollar bonuses in the wake of the 2008 financial crash.

Feinberg’s chief responsibility will be to ensure that whatever money Boeing does eventually pay out is vetted in such a way that the corporation will ultimately be absolved for manufacturing lethal airplanes. While Tim Keating, the Boeing executive who is overseeing the funds, has stated that Boeing is “empower[ing] the [crash victims’] families to decide how to allocate these funds,” a press release on the Community Investment Fund makes clear that “governments and other interested parties” will have the final say.

This is not the first time Feinberg’s services have been employed to minimize damage to major manufacturers in the wake of their criminal negligence. He was hired by General Motors in 2015 after it was exposed that the automaker hid an ignition switch fault in low-end GM vehicles that killed at least 169 people. Under rules set by the Obama administration, Feinberg rejected 90 percent of the claims submitted against GM for the company’s criminal negligence, saving GM several billion dollars in liability costs.

The fixer is playing a similar role for Boeing. The payouts that Boeing gave directly to its victims’ families amounted to less than what ex-CEO Dennis Muilenburg averaged in a month. The company is also using the fund, and Feinberg’s skills, in an attempt to stave off other lawsuits. So far only 50 families have come forward with additional claims, which Boeing has settled out of court for $1.2 million for each life lost. If Feinberg is able to convince the other 296 families that they should accept Boeing’s payout and not seek further damages, it will save Boeing an estimated $355.2 million.

Other cases in which Feinberg has saved giant corporations or the federal government hundreds of millions or billions of dollars include suits by Vietnam citizens and US soldiers against Dow and Monsanto for supplying Agent Orange to the American military, and ensuring that BP paid only a quarter of what it originally claimed it would pay to people devastated by the ecological catastrophe caused by the 2010 Deepwater Horizon explosion.

Feinberg, who emerged as a political figure as chief of staff for Senator Ted Kennedy in the late 1970s, was also appointed trustee of the victim compensation fund for the notoriously dangerous Dalkon Shield, a birth control device made by A.H. Robins. It was established that Robins knew of the dangers the device posed to women’s health, including causing death, and suppressed and destroyed such information where and whenever it could.

The Dalkon Shield ultimately caused life-threatening pelvic infections in more than 200,000 women, with side effects including complete hysterectomy, chronic pelvic pain and/or permanent infertility. Feinberg ensured that each woman injured would receive money from the fund only if she forfeited her right to sue outside of the settlement. Those who accepted the deal received an average of $725.

Boeing is eager to receive similar windfalls. Over the past year, Boeing’s total stock value has fallen more than $72 billion. It has been forced to pay nearly $19 billion as a result of the grounding of its 737 Max fleet, including compensation to airlines for canceled flights and maintenance costs.

Feinberg is being used to minimize the money going to the company’s victims and to silence criticism so the aerospace giant can get back to business as usual as soon as possible.

It is still unclear, however, when or even if the Max 8 will ever fly again. Since its grounding last March, a steady stream of internal leaks, news reports, interviews with former employees and congressional hearings have provided a mountain of evidence that the plane is fundamentally unsafe and should remain grounded indefinitely.

Just last week, in a report to the FAA, Boeing revealed that it found trash and debris in the fuel tanks of 35 of 50 inspected Max 8s that were being reviewed in preparation for the plane’s reintroduction into service. Objects that were discovered in the fuel tanks included tools, rags, shoe covers and other detritus, all of which can cause fires, block fuel lines and trigger other potentially catastrophic problems.

The planes that were reviewed are among the nearly 400 Max 8s that were made after the jets’ grounding, which are all now being inspected. According to company spokesman Bernard Choi, “It’s still undecided,” if Boeing will mandate the inspection of the other 385 jets that have been delivered to customers. He claimed, despite the past year’s evidence to the contrary, that, “Obviously, we’ll do what’s right for safety.”

Both Boeing and the FAA also missed a fault in the electrical wiring related to the aircraft’s horizontal wing, which can create a short and cause an unrecoverable, uncontrolled dive similar to the Lion Air and Ethiopian Airlines crashes. Boeing argues that because the same wiring configuration was authorized for use on the older 737 NG model, it shouldn’t need to inspect the wiring for the Max 8, basing itself on safety regulations from the early 1990s.

It is likely, however, that the FAA will force Boeing to resolve the fault, pushing back the relaunch of the Max 8 by months, in order to relieve pressure from other regulatory agencies, particularly the European Aviation Safety Agency (EASA). Even if the FAA approves the Max 8 to fly, it is now a given that other countries will not allow the Max 8 to fly unless also approved by the EASA, meaning that the Max 8 must satisfy two sets of regulators if Boeing is to have any hope of pushing its flagship aircraft into international aviation markets.

Boeing executives must be tried for murder
[13 December 2019]