AAP’s closure will further reduce the range of available news sources in Australia, which already has one of the most monopolised media industries in the world. The newswire service’s arbitrary shutdown at the hands of Murdoch’s News Corp and Nine underscores the corporate, right-wing domination of mainstream news.

Around 180 journalists and 400 other staff will lose their jobs. News Corp and Nine executives initially sought to attribute AAP’s closure to Facebook and Google’s distribution of free news content. AAP journalists were slashed by 10 percent in 2018 on this pretext. Last month, Nine chief executive Hugh Marks reported a 9 percent profit decline, at the same time declaring that cost-cutting had to proceed in divisions of the company that were not sufficiently profitable, including “big output deals like AAP.” 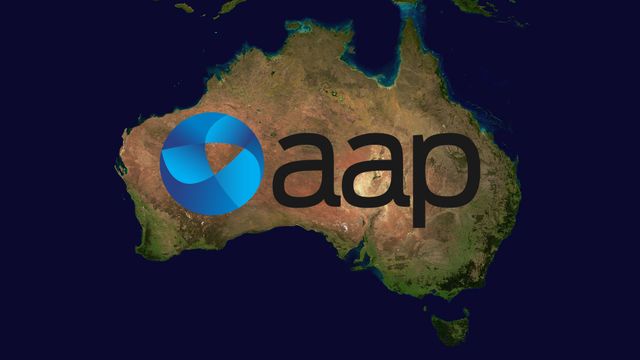 Last Thursday, however, the Guardian reported comments made by AAP chairman and News Corp executive Campbell Reid at an internal company meeting. He reportedly told news agency staff that “Nine and News Corp were tired of subsidising a breaking news service for their competitors” and that “News Corp would develop its own breaking news service.” He added that Murdoch’s company was “committed to the supply of breaking news,” but stated that “we don’t have to supply it for everybody else in Australia.”

These comments pointed to the strategic calculations underlying the AAP shutdown, centring on further extending the major media conglomerates’ domination of the market. No effort was made to sell off AAP or implement alternative corporate restructuring.

Murdoch’s News Corp controls more than 70 percent of the print media, a rate that places Australia among the worst five countries in the world for media diversity. Murdoch’s publications pump out a homogenous staple of right-wing politics, promoting anti-working class austerity measures, anti-refugee xenophobia, and other forms of reactionary nationalism.

AAP has been running since 1935. Its stories and photography are used by publications, including websites such as the Guardian Australia and the New Daily, television networks, radio stations, and regional newspapers. AAP provides 350 individual articles every day to its about 200 subscribers, as well as 300 domestic photos, 13,000 international photos, and 30 video reports.

New Daily managing director Paul Hamra reported that no effort was made by AAP’s owners to discuss options with the newswire’s subscribers, “such as increased syndication fees, restructured offerings or equity.” He added: “I get the impression News Corp and Nine just want to set up their own newswire service instead, with their own content, controlling more of the market and restricting access for new Australian journalism ventures.”

In addition to the sacking of around 180 AAP journalists and 100 contracted photographers, hundreds of others will lose their administrative positions. AAP also operates a profitable press release distribution arm, and a Pagemasters editorial production service, both of which are being closed down.

The journalists’ union, the Media, Entertainment & Arts Alliance (MEAA), announced no actions to defend its members' jobs at AAP. Instead, the MEAA responded to the shutdown announcement with a plea that News Corp and Nine re-hire sacked journalists. The union also encouraged the government to issue a levy “on a percentage of the revenue digital platforms like Google and Facebook make from their use of news media content.” This revenue would purportedly go to “a Public Interest Journalism Fund which would help fill the void left by the loss of AAP and promote high quality journalism to ensure the public’s right to know.”

The Liberal-National government, and the entire political establishment in Australia, is in fact a determined enemy of the people’s “right to know.”

Last week, Prime Minister Scott Morrison and opposition Labor leader Anthony Albanese shed a few crocodile tears in parliament over AAP’s demise. Morrison declared that the end of “such an important institution” was “a matter of real concern.” Albanese added that the closure of the newswire was “a tragedy for our democracy.”

This was hypocrisy of the highest order. Neither Morrison nor Albanese proposed to actually do anything to hinder the Murdoch-Nine destruction of AAP. Successive Labor and Liberal governments have dismantled previous provisions limiting monopoly control over the media, allowing a tiny number of corporate giants in the sector to accumulate enormous wealth and power.

More broadly, the last period has seen a bipartisan assault on journalism and freedom of the press in Australia. A raft of so-called national security laws has facilitated the prosecution of numerous whistleblowers, including through police state-style secret trials in which neither the defendant nor his or her alleged crimes can be publicly reported.

The sharpest expression of the Australian ruling elite’s war on freedom of speech and freedom of journalism is its support for the attempted extradition to the United States of WikiLeaks publisher Julian Assange, on bogus espionage charges. The entire Australian political establishment is implicated in the witch-hunt of Assange, which was triggered by his exposure of US war crimes in the Middle East and American diplomatic intrigue around the world. AAP journalists were among the minority of reporters to have written objective reports on the US-led ruthless pursuit of Assange.

News Corp and Nine executives no doubt hope to expand their dominance of the media by shutting down AAP. The longer term effect, however, will be the continued discrediting of the mainstream media in the eyes of ordinary people and the increasing prominence of alternative, anti-establishment news outlets on the internet.