The economic and financial effects of the global spread of the coronavirus are widening rapidly as global growth forecasts are revised sharply down.

The conditions have been created for further turmoil on financial markets this week. Following the worst week since the financial crisis of 2008, the oil market plunged yesterday amid the outbreak of an oil price war between two of the world’s major producers, Saudi Arabia and Russia.

Markets in Asia fell sharply today with Japan’s Nikkei index down by as much 6 percent at the opening while in Australia the ASX was 5 percent lower.

Trading this week began with a fall in the price of Brent crude from $45 a barrel to $31.52, one of the biggest single-day falls in its history, on the back of a Saudi decision to increase production and offer major discounts to purchasers. 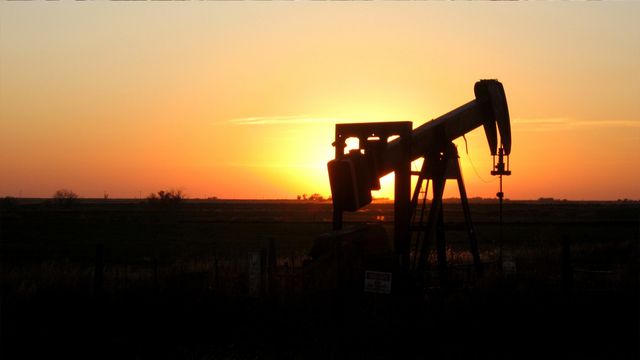 The Saudi move followed the breakdown of negotiations with Russia to cut production to try to curb the drop in oil prices resulting from falling demand because of the coronavirus outbreak.

This was because the reduction in oil supplies agreed to with Saudi Arabia had been “quickly replaced in the world market with American shale oil.”

The plunge in the market will have an immediate effect on US shale producers that have been struggling to generate profits and have financed their operation through high-yield or so-called junk bonds.

This could become an avenue through which the effects of the oil price plunge are transmitted into debt and credit markets that are already starting to tighten.

In a note issued on Friday, JP Morgan strategist Nikolaos Panigirtzoglou warned that supply chain disruptions caused by the virus disruption could already be causing cash-flow problems for companies.

He said credit markets were facing an “increased risk of the cycle turning with a lot more downgrades or even defaults over the coming months.”

The JP Morgan note, as reported by Bloomberg, said that market concerns about ratings downgrades and debt being lowered to junk status were justified by credit fundamentals.

The median net debt to earnings before interest tax depreciation and amortization (Ebitda) ratio in Europe and the US, for companies issuing high-yield debt, had risen sharply in the last decade. It was now higher than before the recessions of 2007–2008 and 2001–2002.

“Rate markets are now implying that something that looks like US recession is almost a certainty,” Panigirtzoghlou wrote.

There are other indicators pointing in the same direction. Last week the yield on 10-year Treasury bonds hit a new record low of 0.7 percent as investors sought a safe haven. At the beginning of the year the yield was 1.9 percent. UK and German government bonds have also hit new record lows.

Forecasts of global growth are also rapidly being revised down. Last week the Organisation for Economic Co-operation and Development cut its global growth forecast from 2.9 to 2.4 percent and said a “longer lasting and more intensive coronavirus outbreak” could see global growth fall to 1.5 percent in 2020.

Given the shutdown in northern Italy, which is almost certain to push the country into recession, and the spread of the virus in the US and elsewhere, that prediction, or an even lower figure, has become increasingly likely in just seven days.

Oxford Economics has further cut its global growth forecast for the year to just 2 percent.

“The effects of financial market weakness and the disruption to daily life around the world will trigger lower consumer spending and investment on top of the disruptions to the global supply chain,” it said in a note to clients.

The latest data from China point in the same direction. Exports plunged in the first two months of the year, contracting by 17.2 percent, more than was expected by a Bloomberg poll of economists. Imports dropped by 4 percent over the same period.

The trade figures came after data showed that manufacturing activity in February fell to a record low under conditions where China’s annual growth rate, before the coronavirus outbreak struck, was already the lowest in three decades.

According to a survey conducted by China’s customs administration released at the weekend, more than 80 percent of the country’s foreign companies have returned to work. However, the Ministry of Industry and Information Technology has said that less than a third of small and medium-sized businesses that employ 80 percent of the labour force are operating normally.

While it is not directly related to the coronavirus outbreak and has its immediate source in particular national factors, the announcement by Lebanon that it will default on its $1.2 billion of US dollar-denominated debt—the first such failure in history—is nevertheless a sign of broader global processes.

When the announcement was made, the prevailing view was that this would not trigger a crisis in other so-called emerging markets that are highly dependent on dollar-denominated loans.

“If this does trigger something more broadly negative for emerging markets it would need to be coupled with more negative news on the coronavirus and global GDP and oil prices falling further,” Nick Eisinger, an emerging markets portfolio manager told the Wall Street Journal .

But in the three days since the announcement, that is exactly what has taken place.

Moreover, the crisis is not just manifesting itself in the extremities, but in the heart of the global capitalist economy, the US.

In a comment published today, the editor of the Financial Times, Rana Foroohar, noted that the coronavirus was a trigger for what, at this point, she termed a “correction” in the stock market.

“The US is in the longest economic cycle on record, with mounds of global debt, falling credit quality, and decades of low interest rates driving asset prices to unsustainable levels. … The truth is that the US economy is now dependent on asset bubbles for survival.”

This situation was the result of policy changes, stretching back decades and driven by both Democrat and Republican administrations, that have built an economy “dangerously dependent on the whims of Wall Street.”