Franklin County, Ohio coroner, Dr. Anahi Ortiz, revealed in a press conference at the end of February that the state’s capital Columbus and its immediate suburbs had seen the overdose death rate increase by 45 percent from last year.

On Facebook, Dr. Ortiz also posted a statement describing last month’s rise in deaths: “This has been a very sad week for Franklin County: we have had 23 overdose deaths from 1/31 to this past Friday. Then yesterday, February 8 we had five overdose deaths. Most of these folks most likely died from fentanyl.” 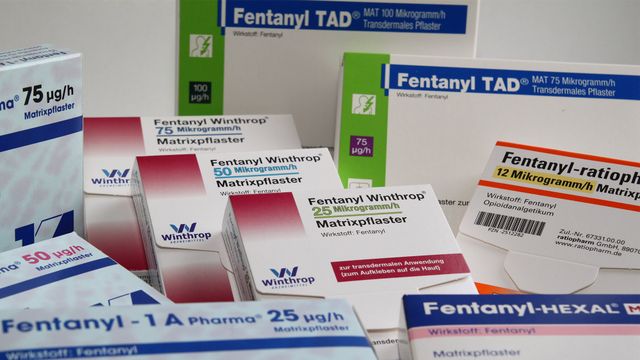 Overdoses can be a result of a multitude or combination of drugs including but not limited to opioids, stimulants such as cocaine and methamphetamines, and depressants such as benzodiazepines. However, as Dr. Ortiz made clear in her press conference, fentanyl has been a main contributor to the overdose increases in Franklin County as well as on a national scale.

Data from the Ohio Department of Heath shows that 73 percent of the 3,764 unintentional drug overdoses in the state of Ohio in 2017 were attributed to fentanyl, frequently in combination with other drugs such as heroin. Thirty-eight percent of overdoses were attributable to fentanyl in 2015, and 53 percent in 2016.

Since 2012, Ohio deaths from synthetic opioids have increased 25-fold, jumping from 139 deaths in 2012 to 3,523 deaths in 2017. Compared to the 2017 national synthetic opioid death rate of 28,869, the state of Ohio accounts for 10 percent of the national whole while its population represents only 4 percent.

Fentanyl’s cost and strength contribute to both its deadliness and ubiquity. A synthetic opioid, fentanyl is produced in a lab and does not require any amount of the poppy plant to manufacture, making it relatively cheap and easy to produce in illegally. Fentanyl is far stronger—fifty times stronger than heroin—and cheaper per unit than naturally derived opioids such as morphine, codeine, oxycodone and heroin.

There are also fentanyl analogs such as acetylfentanyl, furanylfentanyl, and carfentanil, which are more potent. Carfentanil is the strongest and is one hundred times more potent than fentanyl. Other synthetic opioids include methadone and tramadol, but they are not responsible for as many deaths since they are less potent and more difficult to abuse.

Roughly one million fentanyl doses could fit inside a shoebox-sized space, making it easy to hide and transport. Fentanyl is unique in that most users do not seek it out. It is instead mixed without the knowledge of the user into cocaine, heroin along with other cutting agents simultaneously increasing the euphoric affect and the chances of a fast descent into respiratory depression and death.

Using professional pill presses, illegal labs can even produce pills containing fentanyl that are indistinguishable from prescription versions of Roxicodone or Xanax, eliciting a false sense of security from buyers who think they are purchasing “safe”, i.e. unlaced, diverted prescriptions.

After first production, fentanyl is often in a pure form, but drug cartels begin to cut the drug in different agents such as Benadryl, caffeine, heroin, cocaine. And as the drug continues down the distributing chain, from regional distributor to local drug dealer, it is cut more. By the time it gets to the end consumer, no one knows how strong the product is.

Different batches can also vary significantly in strength. Even within the same batch, one dose could kill a user while another does not. Due to its potency, fentanyl is difficult to mix evenly into cutting agents. Two milligrams, about the size of two grains of rice, is enough to cause an overdose. It is almost impossible to properly distribute such a small amount of product evenly throughout a batch of heroin.

Fentanyl overdoses can be temporarily reversed using Narcan (Naloxone), an opiate antidote that blocks opiate receptors. However, fentanyl’s potency can increase the speed of an overdose as well as require several doses of Narcan for reversal. Even family members or friends who catch an overdose early and know to administer Narcan nasal spray could find the one dose spray insufficient; the user could remain unconscious or slip quickly back into an irregular and dangerously slow breathing pattern resulting in eventual death.

While addiction is a disease that afflicts all classes, the working class and poor have been its leading victims. This current opioid crisis began in part because pharmaceutical companies targeted some of the poorest regions in the country including Appalachia—a region which includes parts of southern Ohio—saturating working class communities with opioid pain killers and lying about their addictive qualities in order to turn a profit.

Many addiction stories begin with prescription from a physician. When the prescription runs out, when physicians refuse to provide refills, or when health care is lost, users turn to street versions of opioids to avoid withdrawal.

Higher rates of addiction are found in economically devastated regions of the county. A study published in the Journal of the American Medical Association (JAMA) in January found a direct link between auto assembly plant closure and the growing opioid epidemic, with data showing an 85 percent increase in opioid deaths above expected levels within five years in counties which experienced a plant closure.

Neither the parasitic nature of the pharmaceutical companies nor the economic devastation of former industrial centers is an accident. Both are a product of deliberate attacks on the working class, resulting in the erosion of life expectancy and the rising rate of deaths of despair among the American working class.

US deaths from alcohol, drugs and suicide at all-time high
[8 March 2019]