Much airtime was devoted in the Greek media to Vroutsis who, in the run-up to the vote, proclaimed that the bill is “the first social security bill, which after 12 years will not implement any pension cuts. On the contrary, there will be increases.”

His claim of “increases” centres on the bill’s pledge to make good on last October’s ruling by the Council of State (Greece’s highest administrative court) that some of the pension cuts enacted by the “Katrougalos Law” of 2016 were unconstitutional. 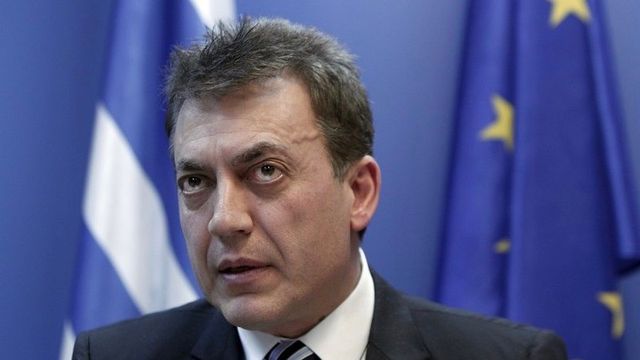 Passed at the behest of the European Union (EU) and International Monetary Fund (IMF), following the third bailout package signed by the pseudo-left Syriza government in the summer of 2015, the “Katrougalos Law” was named after then Labour Minister Giorgos Katrougalos. It imposed lower pension accrual rates for current and future retirees.

In cases of existing pensioners where the re-calculation produced a lower figure, the difference between the existing and the “new” pension was still paid out, with the amount on their statement appearing as a separate tranche known as the “personal difference.” This is no consolation, given that the cut will be gradually applied in real terms over the next few years, with pensions remaining frozen until 2023 and after that all increases going towards offsetting the “personal difference” until it reaches zero.

In response to the Council of State ruling, the new bill repealed the “Katrougalos” measure—which cut “supplementary” or “top up” pensions in order to ensure that total amount paid out never exceeded €1,300 and included marginal increases for pension accrual rates for those who retired with between 30 and 40 years of service. Any paltry increases will only benefit a small number of pensioners.

The repeal of the “supplementary measure” affects about 200,000 pensioners, while the increase in accrual rates will mean actual increases for around 70,000 pensioners out of the approximately one million pensioners affected. Any increase will then be offset against the “personal difference” amount, which for the majority will be greater than the increase. Meanwhile, all those with under 30 years of service will be subject to the same woefully low accrual rates imposed by the “Katrougalos Law.”

Additional handouts include paltry lump sums at the end of the year to those in receipt of special benefits, such as incapacity pensions and those over pensionable age with not enough qualifying years to receive a pension.

Around half of the funds for the increases cited above will be paid for through abolishing the “13th pension”, currently paid at the end of the year as a lump sum. The amount paid out is defined by an income-based sliding scale with the maximum being equal to the usual monthly amount. Worst affected will be those on ‎€500 a month or less, who currently receive 100 percent of the 13th pension. They are most likely to have 30 years of service or less, which means that their monthly pension will not qualify even for the paltry increases earmarked by the bill. The effect of cutting the “13th pension” is borne out by figures in the government’s actuarial report, which show that on average pensioners will be around €130 worse off in 2020.

The bill maintains the increase in the pension age to 67 imposed by Katrougalos, including for unhealthy and hazardous occupations, with more increases on the horizon. According to the actuarial report commissioned by the government, “pension age limits will be adjusted according to changes in the life expectancy of the country’s population.” Based on current trends cited in the report, the pension age is set to rise by another year in 2024 and reach the age of 72 by 2066.

The bill sets the stage for the privatisation of the social security system. Building on provisions established by the Katrougalos Law regarding the funding of supplementary pensions, the new law seeks to bring freelance workers and the self-employed into the supplementary pension framework and allows them to choose between different levels of set “defined contributions” they can pay. Such a system is much more aligned to investment products offered by insurance companies. It is in line with proposals published in a report last October by a panel of experts, made up of academics, civil servants and insurance professionals, commissioned by the government to examine different alternatives for pension funding. Additional proposals, planned for the near future, include allowing contributors to choose where they invest their contributions and the level of risk of their investment. The report proposed that entry to the framework should be made compulsory from January next year.

That the current and previous governments have been able to proceed with such impunity is chiefly down to the trade union bureaucracy, which has stifled opposition and diverted it into harmless channels. Opposition to the Katrougalos Law was demobilised by the unions, who sowed illusions in the Council of State’s ruling.

True to form, opposition to the current bill has been limited to a single 24-hour general strike called by public sector union ADEDY on February 18, and a few isolated rallies over the last two weeks in different cities.

The complicity of the bureaucracy in facilitating the passing of the legislation was underscored in a live interview given to Open TV on the day of the strike by ADEDY President Yiannis Paidas. Responding to the government’s accusations relayed by the interviewer that the strike was being organised by “union firebrands” of Syriza and the Stalinist union trade federation PAME (All Militant Workers Front), Paidas insisted, “We are not firebrands, neither of PAME nor of Syriza. Personally, I am a member of [ND’s Trade Union faction] DAKE and I’m a liberal.”

During the interview Paidas paid lip service to the fact that there will be increases to pensions as a result of the bill, even after alluding to the fictitious character of these increases as borne out by the figures themselves.

PAME postures as the militant wing of the trade union bureaucracy. On the day of the strike, Dimitris Koutsoumbas, the general secretary of the Stalinist Communist Party of Greece (KKE), declared, “The ND government will pay dearly for the further dismantlement of the social security system, just like [the social democratic] PASOK and Syriza before it. Because the Greek people don’t forget, they organise and they win.”

Koutsoumbas wants to turn reality on its head by a liberal dose of hot air. Since 2010, pensions have been cut by between 20 and 60 percent, representing nearly €70 billion wiped out. These devastating attacks on living standards, as with every austerity measure carried out by PASOK, Syriza and ND, were only possible due to the pernicious role of all wings of the trade union bureaucracy, including PAME.