On Tuesday night, dozens of police from multiple districts dressed in riot gear launched “pepper balls” at nearly 1,000 University of Dayton students in Dayton, Ohio who were gathered in a student neighborhood near the campus.

The large student gathering began after the school announced it was canceling classes and evicting students from student housing because of concerns over the spread of the coronavirus. The action of the university was triggered when the Centers for Disease Control (CDC) and Ohio Governor Mike DeWine announced three cases of the coronavirus in Ohio. Ohio is currently testing 15 people who have shown symptoms of respiratory distress.

Students were informed on Tuesday by email and social media posts from the university that in-person classes would be suspended as of Wednesday morning. Students were also told they would be required to evacuate university housing by 6PM Wednesday, leaving students just over 24 hours to pack their things, make travel arrangements and secure a place to stay. 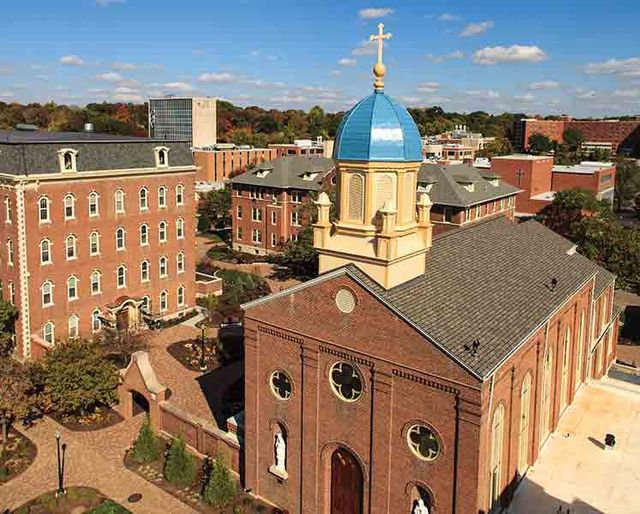 The University of Dayton

The character of the gathering of students remains unclear. Some students and news outlets have reported that the gathering was an impromptu party of students who were unsure of when they would see their classmates next, due to the pandemic. Other reports have indicated that the event had more of a character of a protest against the school’s handling of the situation presented by the outbreak of coronavirus, particularly the demand for immediate evacuation with no apparent plans for international students, low-income students who will not be able to afford travel or students who might be suddenly made homeless.

It is clear from the swift and forceful response by the police department, coordinated across multiple districts, that the police and the university were in communication prior to the announcement and anticipated some form of unrest.

Dozens of videos are circulating on Twitter and other social media platforms showing riot police firing “pepper balls” at the unarmed students and releasing tear gas which caused many students to get sick on the street and retreat into neighbors’ homes to recover.

One video shows dozens of cop cars patrolling the mostly empty streets after the tear gas had been deployed. In the video, an officer makes a chilling warning to students over a loudspeaker: “I command all students to immediately disperse. If you do not do so you may be arrested or subject to other police action. Other police actions could include the use of chemical agents or [inaudible] munitions which may inflict significant pain or result in serious injury.”

The vast majority of the students speaking out online, and some who spoke to WSWS reporters on the condition of anonymity, reject the claim made by the university and other news outlets that students were engaged in a “riot,” which has been used to justify the violently aggressive actions of the police.

Students have taken to social media to voice their outrage over the police crackdown and the actions of the university. One Twitter user, Matt Deitsch wrote, “Following the closure of campus housing in Dayton (with no thought of how to accommodate students) students took to the streets. The university responded by calling in riot squads. This is how our government and institutions respond to the needs of American Students.”

Dozens of student posts also called for the universities to pay for the cost of housing students who have nowhere to go, and to reimburse students who paid for campus housing that they are longer able to use. One UD Twitter user wrote that “universities should split the cost of unused housing, not charge students the full cost as if the students were responsible for #COVID19 on campus.”

A mother wrote about her situation in a post on Twitter: “I have three kids in college and yesterday two of them were told they'll need to move off campus and begin online classes. No suggested living arrangements, possible timelines or travel support were provided by the universities. Families across the US will be grappling with this.”

There is no doubt that school closures are a necessary and prudent measure from an epidemiological standpoint. However, schools also play a critical role in providing many services upon which students and their families rely, including meals, housing, mental health and others. No plans are in place at the national or state levels to mitigate any of the harmful effects of school closures, with individual districts and schools left to themselves to improvise.

The rapid spread of the coronavirus pandemic internationally has exposed the complete unpreparedness of even the most developed economies for large-scale health emergencies.

The brutal police crackdown in Dayton, Ohio, against students should be taken as a serious warning to the working class. Such social problems like the pandemic, homelessness or mental health issues, are viewed by the ruling class as a military-police problem.

There are already many indications that such measures are being prepared, including the deployment of the National Guard to New Rochelle, the suburb of New York City which now has the largest concentration of coronavirus cases in the United States, to enforce a “containment area.”

Any protest against the mishandling of this crisis is likely to be met with a forceful police or even military response under the cover of maintaining “law and order.”